The system requires a smartphone to work and includes a Lenovo Mirage AR headset, Tracking Beacon, and a Lightsaber controller, which was modeled after Anakin Skywalker’s very own lightsaber. “Players will hone their Jedi talents across a variety of augmented reality-based experiences, each offering multiple levels of deep and immersive gameplay,” a Lenovo press release said. 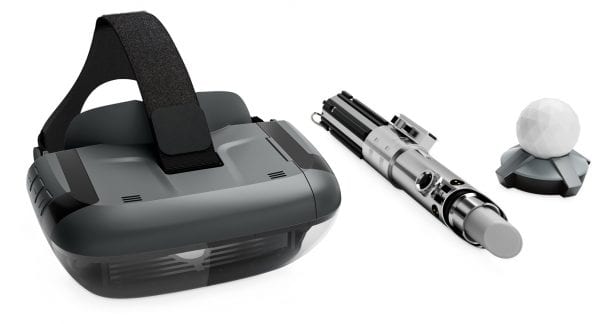 There are a ton of things that people will be able to do within the game such as training and lightsaber battles against classic villains like Darth Vader and Kylo Red. “Star Wars: Jedi Challenges” will also be introducing a new character, the Archivist, whose jobs is to teach players how to properly use the Force.

“Throughout these challenges, users will train to perfect their lightsaber skills by taking on some of the most menacing villains the dark side has to offer, command armies in combat missions to defeat the Empire, and outwit their opponents in Holochess, all in augmented reality,” the press release explained.

If you have a Google Android or Apple phone you can pre-order the “Star Wars: Jedi Challenges” app on your phone with the additional products becoming available in certain markets this November. Lenovo has not yet released pricing.

Here’s a quick breakdown of how everything works:

Check out the trailer for the game and if you are interested in getting alerts for new updates head on over to the official website to sign up!