Jimmy Kimmel is a late night host known for his comedic personality, interviews with stars that are fun and enjoyable, and all of his awesome segments.

One of his best segments, and likely one of the best segments on television period, is his “Mean Tweets” bit. One Direction, George Clooney, and even President Obama have been invited to sit and read mean tweets about themselves while being filmed.

The tweets are previously unseen so that the expressions they have while reading the tweets on air are genuine. Sometimes the celebrities are a bit shocked by what they read, other times they’re laughing as hard as we are; and the best part is that you never know what to expect.

On September 21st Jimmy had another round of mean tweets and this batch was an especially hilarious one. From Margot Robbie to Ryan Gosling and even Norman Reedus – there was no shortage of laughs to be had.

From forgetting Keifer Sutherland isn’t dead to Greg Kinear staring in a film no one cares about; these tweets set a standard for future segments and some of them may be hard to top. 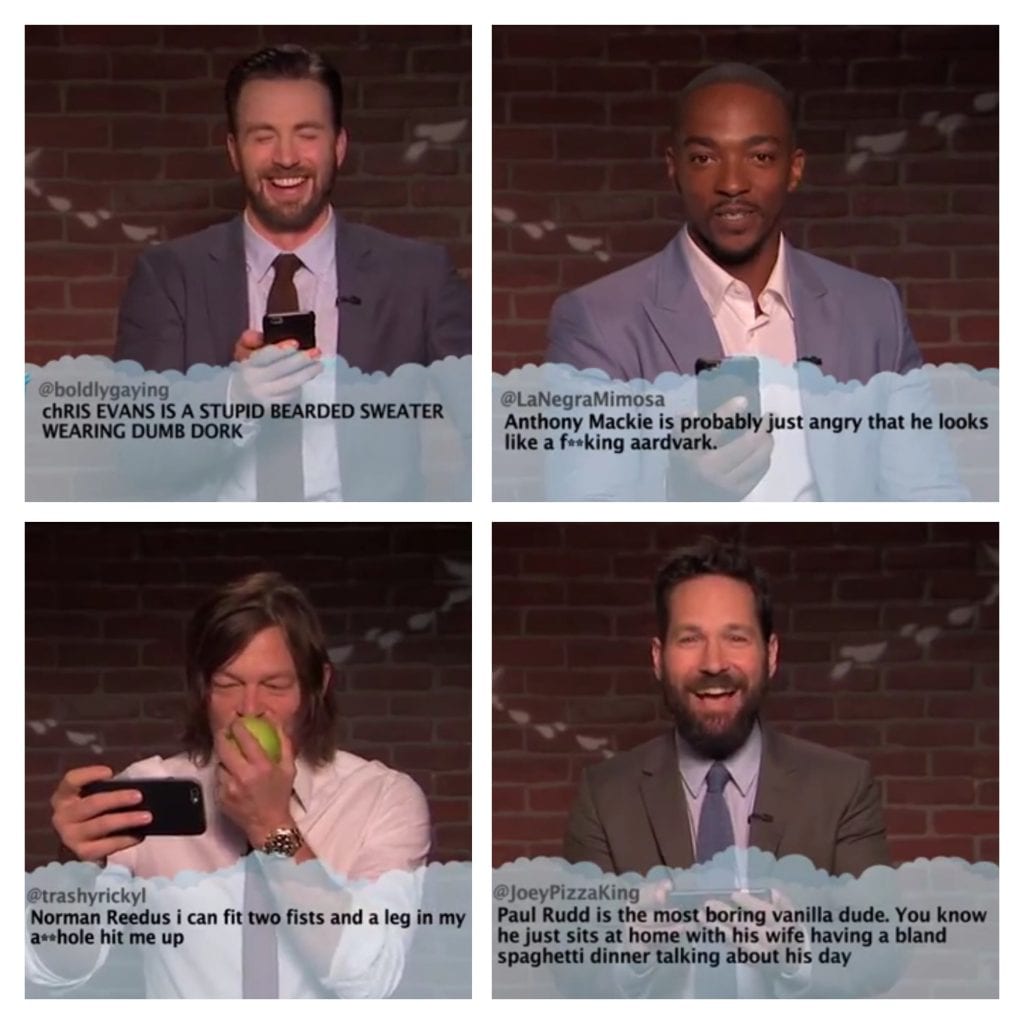 To see which celebrity got hit the hardest and to pick your personal favorites, watch the video above and make sure to tune into Jimmy Kimmel’s late night show for more mean tweets!