Unless you’ve been living under a rock, in which case we’re inviting ourselves over, you’re well aware that the results of the USA’s presidential election have caused a lot of grief and upset across the US and countries around the world.  There has been a lot of anger today, a lot of disdain, and a lot of ‘what ifs’ about the future of a nation.  While we’re doing our best to remain impartial, we understand and we know that a lot of you, like us, are in need of a reason to smile today.

When we thought about what could bring a small sense of relief to the heaviness that a lot of us are feeling today, only one thing came to mind – Norman Reedus with cuddly animals.

Now we know that a post full of Norman with cute animals isn’t going to solve all of America’s problems, but it sure as hell will put a smile on your face.  We’re not just talking a regular smile either, but that whole takes up your whole face makes the crinkles by your eyes show type smile, and those are in short supply today. 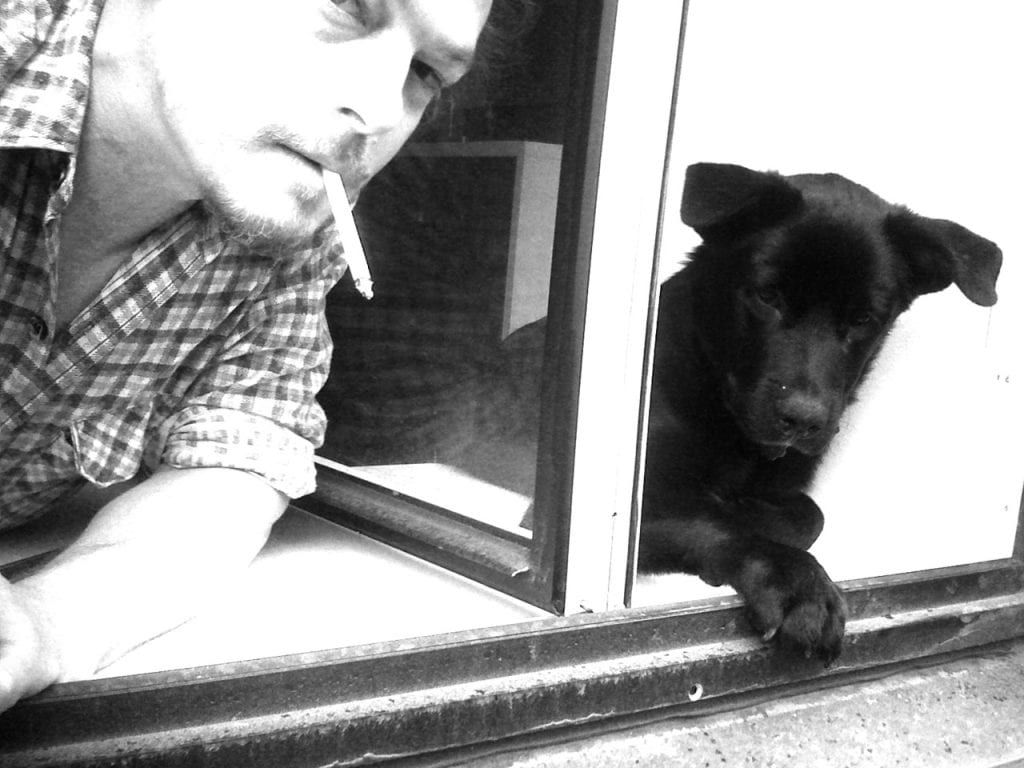 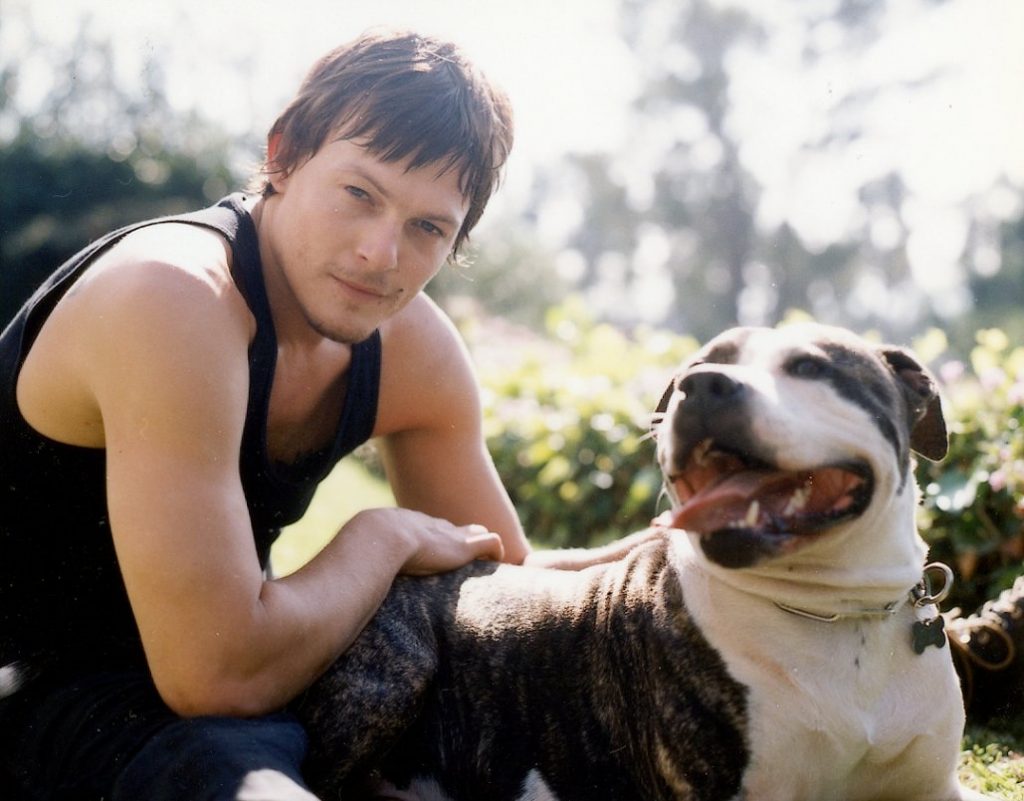 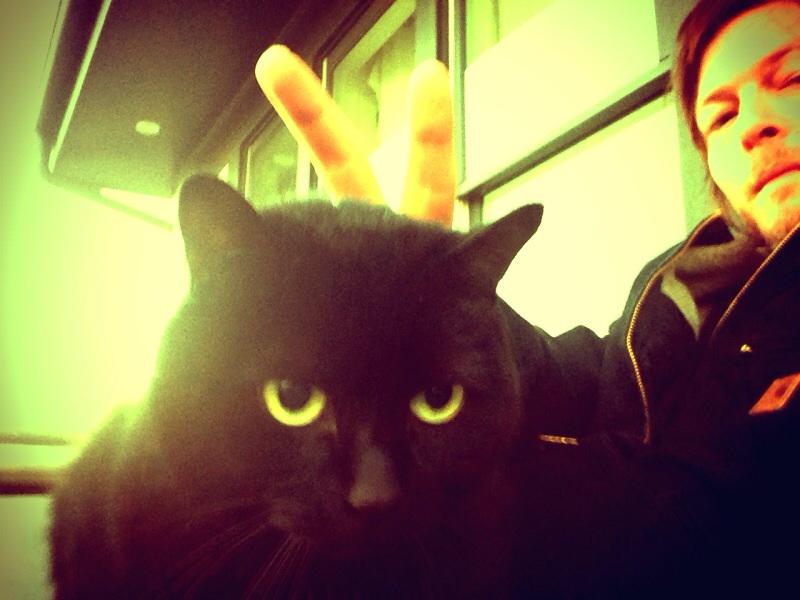 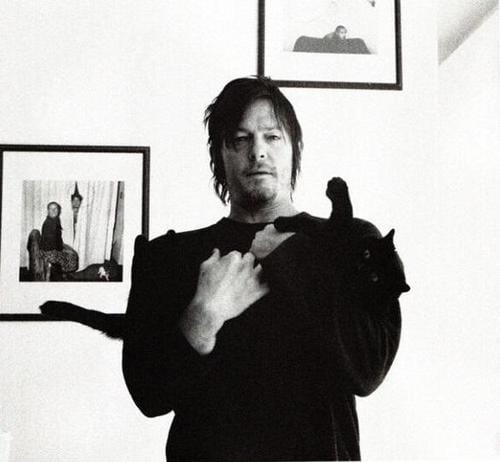 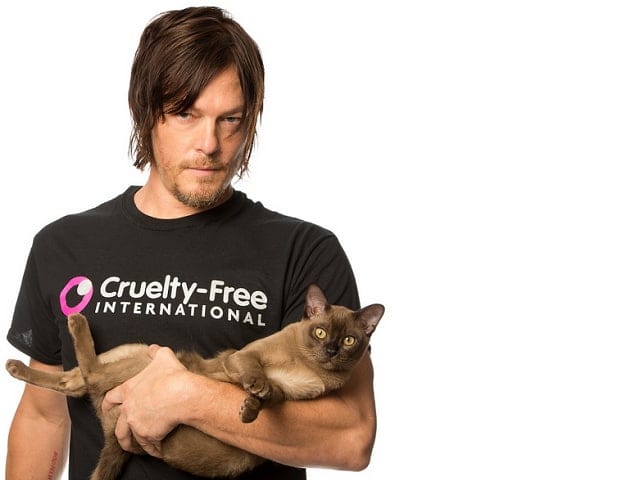 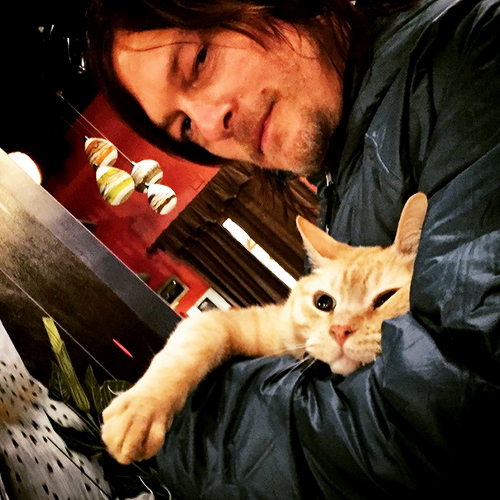 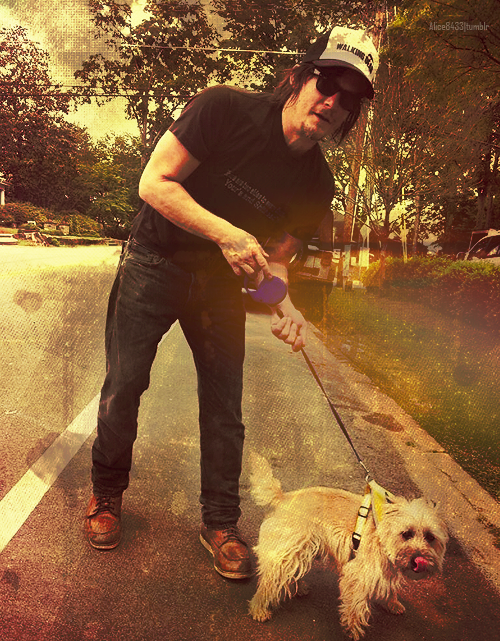 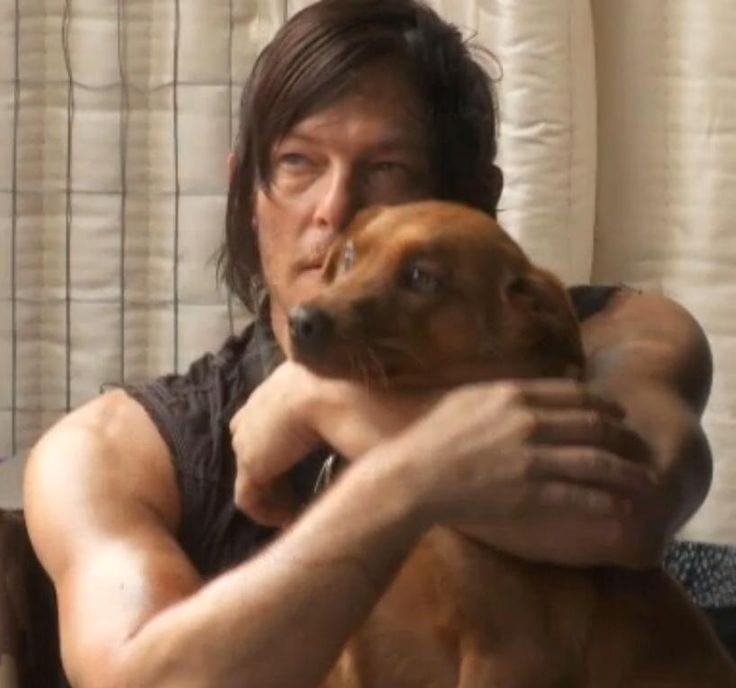 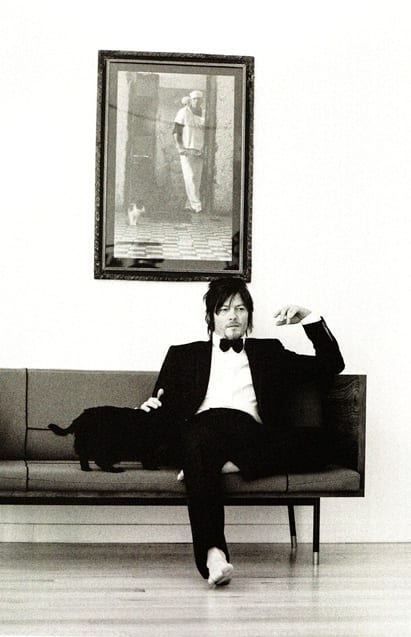 Most of these photos feature the cat Norman got for his son Mingus who, at age 5, declared that he NEEDED a little black kitten.  Norman says he called all around to find one but the person who had it said he probably wouldn’t want the kitten.

“So I called all over New York City looking for a little black kitten, and I found one that was in the East Village, and they said it was found in a box in an alley and the guy goes ‘I have all these other kittens, you don’t want this kitten.’
And I go ‘Why?’ he goes ‘This cat is never gonna love anyone.’ I said ‘I’ll take it!’ and now the cat’s just a big fluff love ball.”

Norman said they had black floors at the time so Mingus couldn’t see the cat except for its eyes which is why it got the name Eye in the Dark. We totally get it.

In addition to the above photos, we couldn’t put this piece together without one of the cutest gifs of all time featuring EITD.

Or the one where EITD desperately needed to cuddle close to him and nearly choked him out in the process.

So from pets of his own to animals on set, and even his partnership with Cruelty-Free International – which promotes bringing a stop to animal testing and lets you know which products do not test on animals – Norman’s got a soft spot in his heart for animals, and that makes our soft spot for him even bigger.

We hope these snaps brought a bit of a smile to your face today and if not, don’t fret, we’re only two days away from the weekend and it’s 5 o’clock somewhere, right?