The store, based in the heart of Rockefeller Plaza
was previously called Nintendo World. It is now simply called, Nintendo, New York. 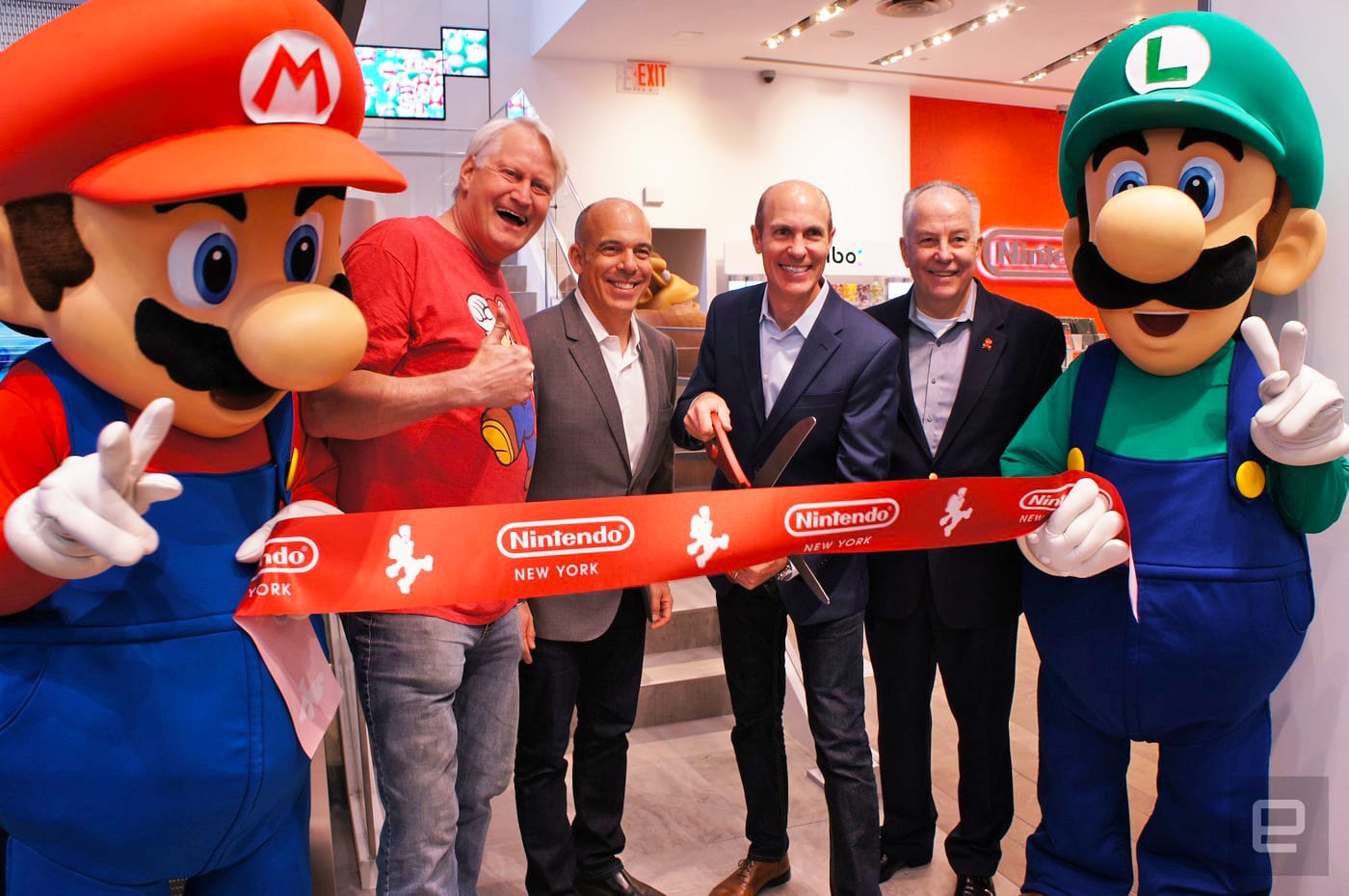 The store shut its doors last month to remodel with its audience in mind. The store cut out the
top floor loft and expanded the space.

You may be happy to hear that the original Pokéball door handles remain!

You can see more of the photos from the Grand Opening here!