Today Nintendo announced that they are releasing the Nintendo Switch Lite, a device designed for play specifically in handheld mode only, and that it will be released on September 20th, 2019 with an MSRP of $199.99.

This handheld only version of the Nintendo Switch will come in three colors: yellow, gray, and turquoise and will include a carrying case and screen protector.

Nintendo of America President Doug Bowser explained that, “adding Nintendo Switch Lite to the lineup gives gamers more color and price point options. Now consumers can choose the system that best suits how they like to play their favorite Nintendo Switch games.” 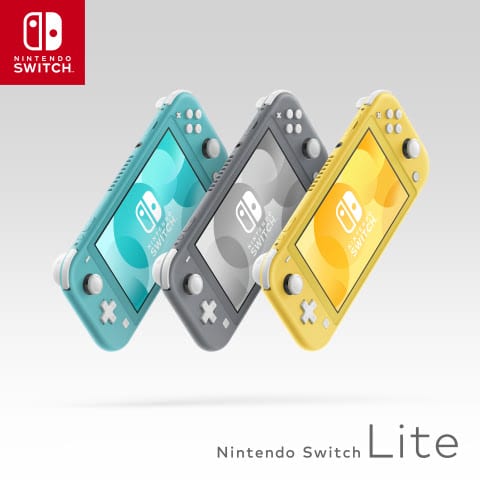 For those who would rather use detached Joy-Cons, players will be able to wirelessly connect controllers to the Nintendo Switch Lite and play in tabletop mode.

Since there is no dock included with the Nintendo Switch Lite, players will have to find an alternate means of charging their Joy-Cons should they choose to purchase a pair for wireless play. Though again, the system does come with controllers attached.

Are you excited for the Nintendo Switch Lite? Let us know in the comments!