Nightwing’s life has kind of been through some shit lately, some stuff fans are hoping they can forget. The whole Ric Grayson fiasco is finally over and if we’re lucky DC will wipe it from existence. Hopefully, they do, they love their reboots after all. With the newest issues of Nightwing we have a new creative team and a new… well, old status quo. Nightwing is back in Bludhaven and he has a freaking puppy. That’s not the biggest news though, because he finds Barbara Gordon waiting for him in his apartment. She reveals the absolutely shocking news that Alfred Pennyworth was a billionaire. Why has this never come up? Well, it’s not like Alfred needed his money, right? He was working in Wayne Manor and everything was probably taken care of for him. There’s still another shocking piece of information. Alfred left all his money to Dick. So now Nightwing is richer than Batman and has a puppy. I don’t see Batman having a puppy, do you? 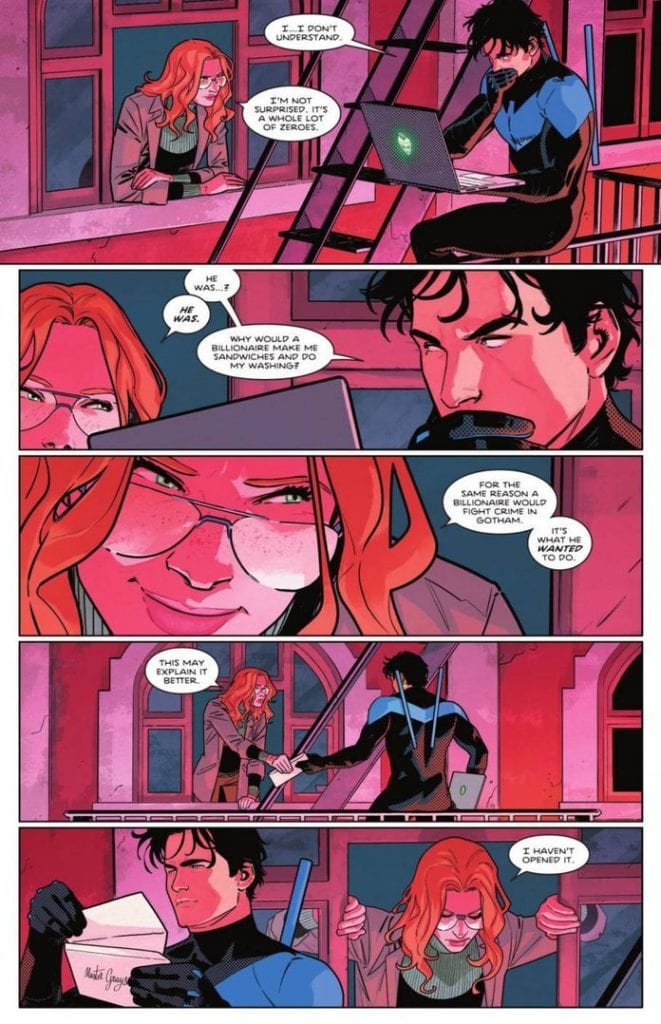 Do you know what the funniest part of all of this is? Dick is now richer than Bruce Wayne. I’m sure you remember that Bruce recently lost his fortune during The Joker War? Well, he actually never recovered it which has been problematic. Batman doesn’t have the resources he used to have but he’s still out there kicking ass. Now, his former Robin has more money than he does. Do you think maybe he’ll ask Dick for a loan?

This is a pretty interesting turn of events, though. I think this new status quo with Nightwing could be very successful. He has money, he has a dog. Speaking about the dog, there was even a vote to name it which is now over. For the record, the dog was named Haley if you’re interested which I think is a fine name. Either way, I think it’s hilarious that Nightwing is richer than Batman and hope it doesn’t change anytime soon.

Home » Comics » Nightwing Is Richer Than Batman AND Has A Puppy!?