2018 was an interesting year for cinema as a whole. While I feel like independent film lost its voice, I do believe that it was a fantastic year for geeks and blockbuster lovers. It was extremely complicated trying to piece together a list of the top 10 films of their simply because there just weren’t enough that I walked away from adoring. This was yet another great year for television and streaming services and I feel like all of the big entertainment ‘wins’ came with shows like Haunting of Hill House, Homecoming and Sabrina. But, this isn’t a list of the top 10 television series…it’s a list of the top 10 films. It’s important to note that while I do believe in ranking films on their technical achievements, my list consists only of films I’ve revisited multiple times throughout the year; because, that’s what I classify as being a true favorite. 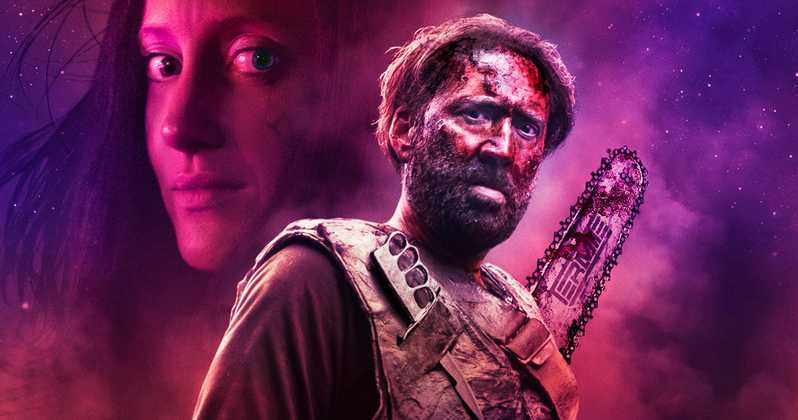 10.) Mandy – It had to make it somewhere on this list. I love Nic Cage and this was the perfect role for him! Sure, the film is artsy, bizarre and sometimes a bit overindulgent; but, it’s unforgettable and damn fun. 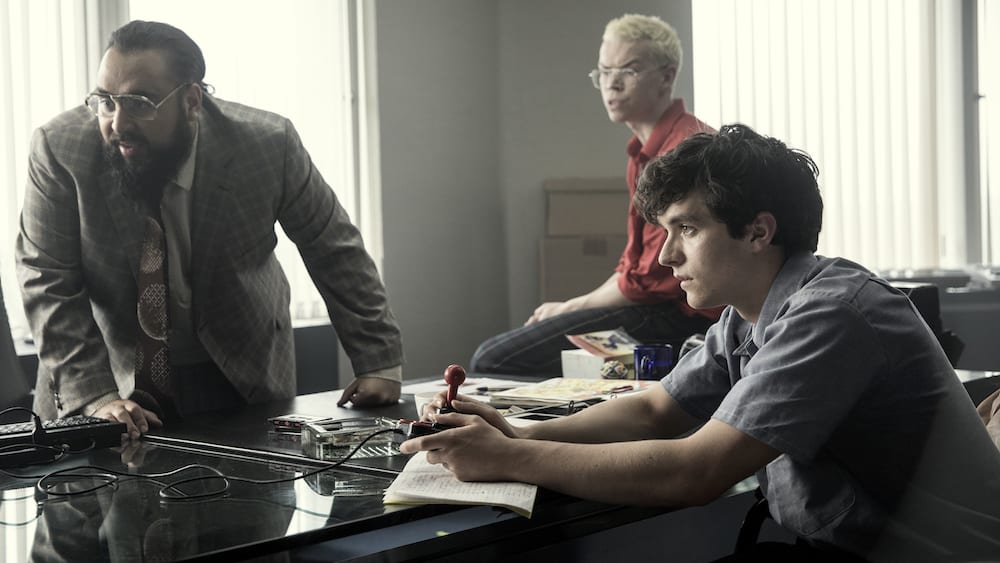 9.)  Black Mirror: Bandersnatch – Was it a film? Was it a television episode? The fun behind Bandersnatch is the mystery that lies within. Sure, it’s repetitive at times and there really isn’t much to it story-wise; but, it was too unforgettable to dismiss and I do believe there’s even more to unpack. It was incredibly well executed and Netflix really deserves some love for this one. 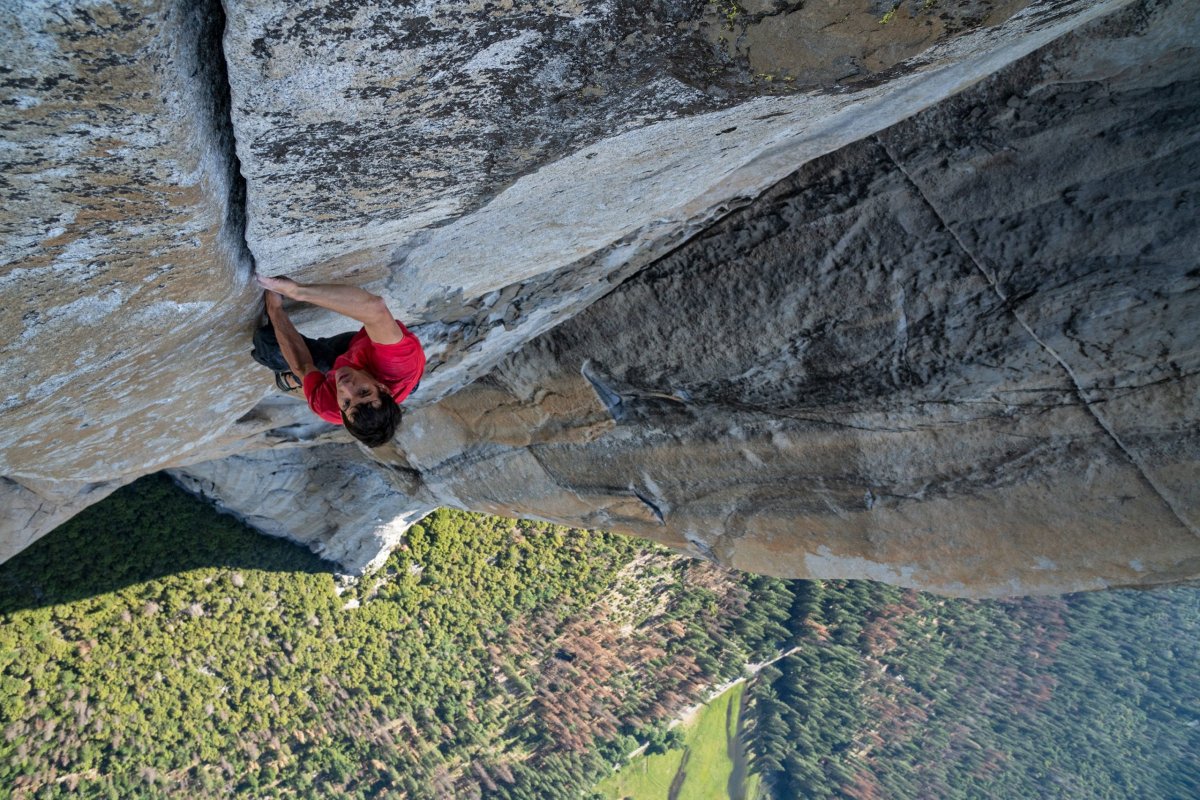 8.) Free Solo – Inspiring, breathtaking and impeccably directed. This is easily one of the best documentaries I’ve ever seen! If you can see it in IMAX…do it. 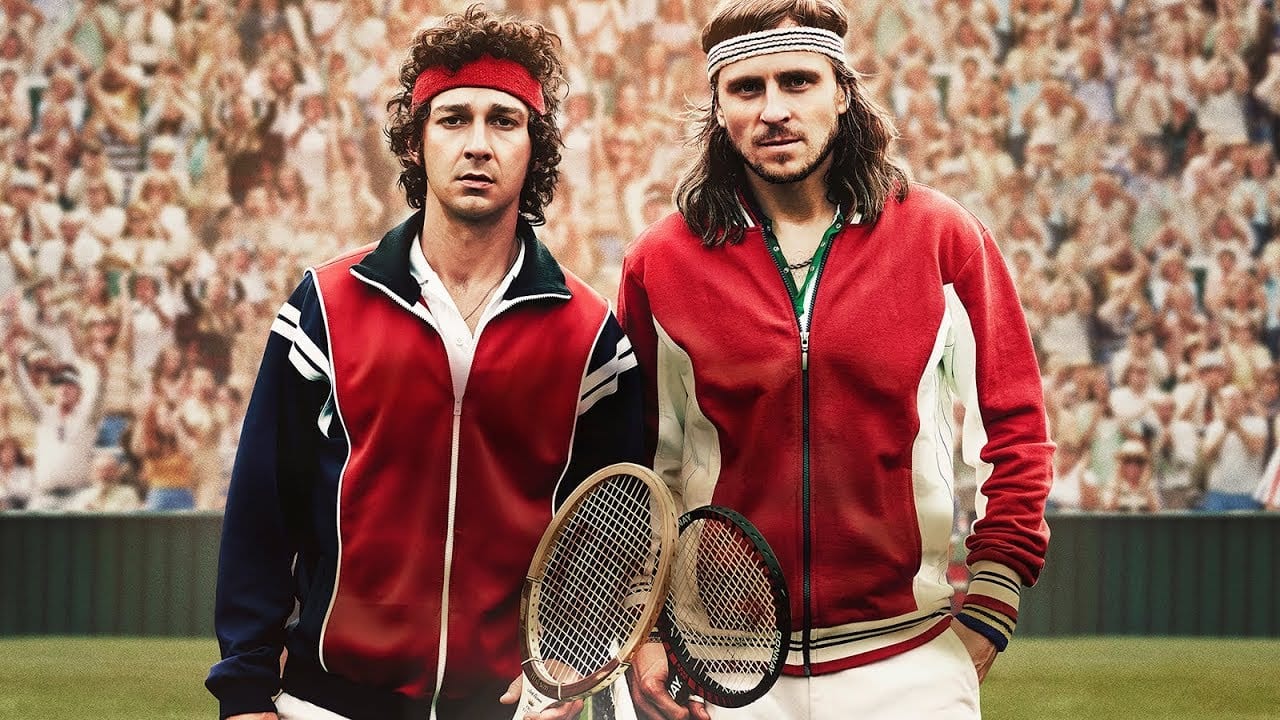 7.) Borg Vs. McEnroe – Yes, this is a film about tennis…but, it’s also a pretty intense thriller. The director handles these two characters with a very tight grip keeping them both contained and reflective until they’re released in the final moments of the film. It’s not the greatest sports film ever made, but, the performances and direction alone make for a fascinating viewing experience.

6.) Solo – I know what you’re thinking: really? But, I assure you that I thought the same thing. I followed Solo during its sloppy production and was deeply concerned that this film would be terrible…especially after the misfire that was The Last Jedi. While Alden isn’t the greatest Han Solo, he’s having far too much fun on screen to care; plus the rest of the cast is fantastic and it’s all accompanied by stunning cinematography. Did we need this film? Probably not. But, did it make me feel like a kid again watching an adventure film like Indiana Jones? Absolutely. 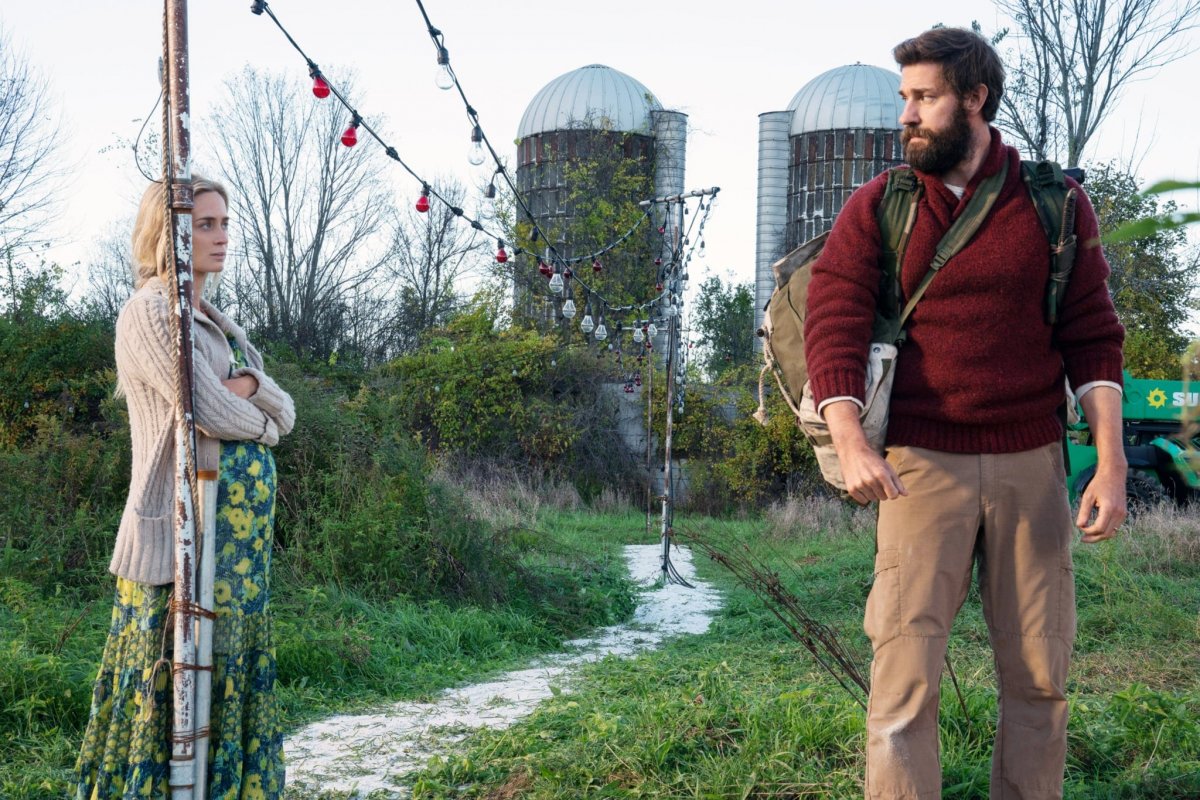 5.) A Quiet Place – This is one of the only films on this list that I haven’t revisited multiple times at home; but, it blew me away. I would even go as far as saying that this MIGHT be the best directed film of 2018. John Krasinski directed with so much confidence and certain scenes throughout the film just sang. The fact that it was such a commercial success as well makes it even more impressive for such a small film. 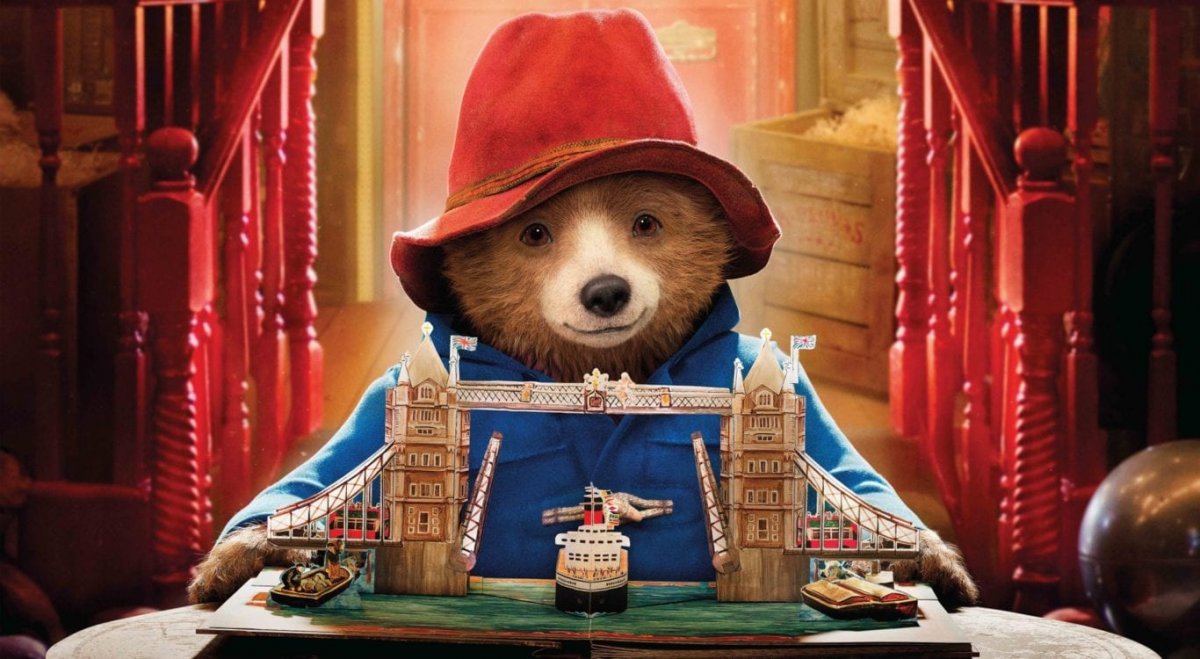 4.) Paddington 2 – There just aren’t a lot of family films being made anymore that feel magical and inspired…but, somehow Paddington 2 took all of the things that were right with the first film and made it EVEN better. While it pays homage to a lot of classic cinema, this is the closest thing to a ‘classic’ film that we’re going to get for quite a while. Everything about is just magical, fun and feel-good…and, I feel like those were key things missing from film in 2018.

3.) Spider-Man: Into The Spider-Verse – Alright, it’s important for me to preface that I’m not a huge fan of superhero films. I think there are too many being made and it is easy to get lost in it all. That being said, I did not expect to walk out of Spider-Verse thinking it was the best superhero movie of all time…but, I did. The animation style, film score, voice acting, writing and overall message were damn near perfect and this feels like the one film that united moviegoers in that everyone seemed to love it. I cannot wait to revisit this film, because, while I was in the theatre watching it the first time I never wanted it to end. 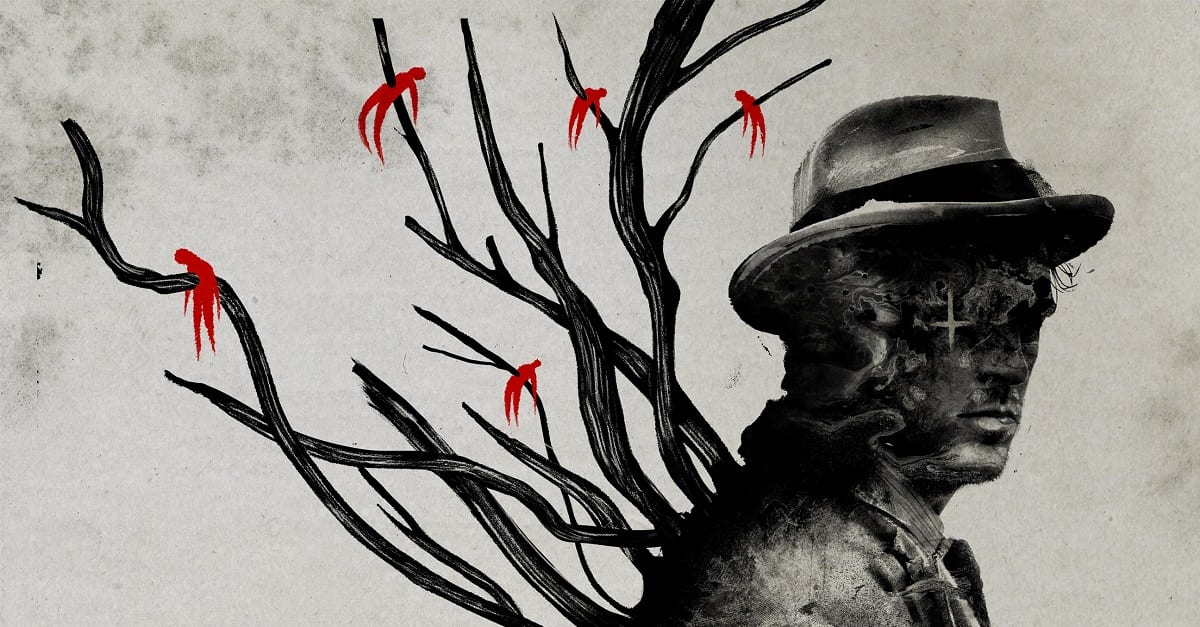 2.) Apostle – When Netflix first started releasing original films they were unique, strange and artsy; but, I feel like they tried to get away from that when they released movies like Bright and The Package. I’ve been excited for Apostle ever since the script began circulating around Hollywood a year or two ago, and the final product did not disappoint. It’s a dark film and it might not be for everyone; but, it rides the line of b-movie consistently which makes for a super fun and refreshing ride. It’s also a completely original film that isn’t based on a comic book or podcast and the performances from Dan Stevens and Martin Sheen shouldn’t be overlooked. Gareth Evans is a filmmaker who deserves all eyes on him, because between The Raid films and Apostle he clearly has a unique vision that Hollywood could use a little more of in years to come.

1.) First Man – Ever since I was a kid, I’ve been extremely fascinated by space exploration and the people who explore it; so, it only made sense for me to fall in love First Man. On top of that, it’s directed by Damien Chazelle and stars Ryan Gosling and Claire Foy with a score by Justin Hurwitz…this a dream pair up for me! This film isn’t just about an ‘American Hero,’ it is about a human being who is dealing with loss and trying to find his purpose in the universe. It’s an extremely personal with with raw and up-close cinematography that gives the film an almost docu-style feel. I could go on and on, but, I’ll keep it short and simple: First Man might not be my favorite film of the decade; but, it sure is my favorite of 2018.

What were your favorite films of 2018? Sound off in the comments below!