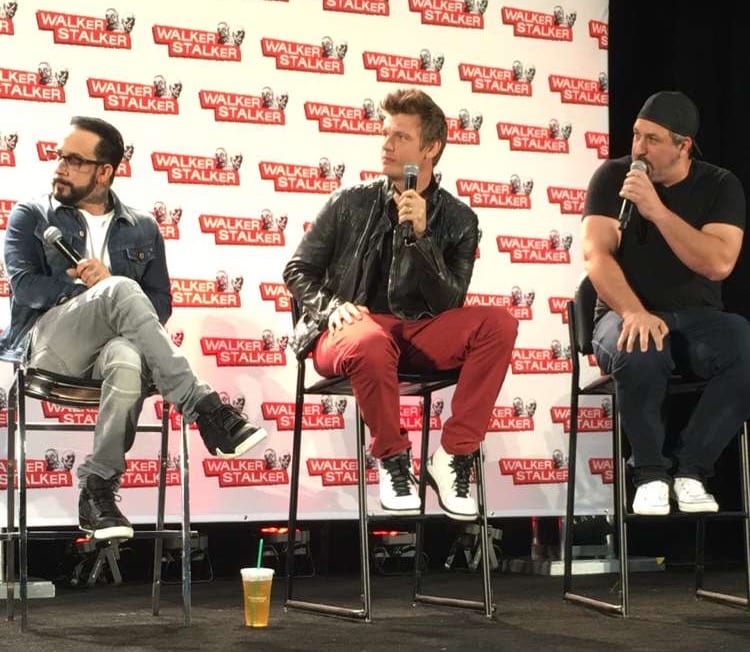 The boys collided with the cast of The Walking Dead and even performed a song during one of their panels-and guys, they’ve still got it.

It’s official. We’re dead. @nickcarter@skulleeroz and @realjoeyfatone sing In The End from #Dead7 at #WSCChicagopic.twitter.com/aH3xGArc5m

The boys went into detail about how the western-zombie themes came about for Dead 7. Joey joked that when Nick called him to be in the film, he didn’t answer claiming “I don’t talk to Backstreet Boys.”

They said that Cher was almost in the film, but then ended up being too busy.

“I had a wish list of stars for #Dead7. We ALMOST had Cher, but her schedule changed!” @nickcarter #WSCChicago pic.twitter.com/J9H5qDI7qd

“I said I’d do Dead 7, but only if I got to be the bad guy. Everyone loves the bad guy.” @skulleeroz #WSCChicago pic.twitter.com/NC5vevJ7RV

Nick, whose wife Lauren just had a beautiful baby boy, jumped around to many members of the casts of The Walking Dead and Gotham and chronicled his adventures on instagram.

Just sat down at the booth in walker stalker in Chicago. So much fun meeting fans that love zombies as much as I do.

We are big fans of this collision!! Next we just want to know, will they be touring with the Spice Girls?!