David Harbour and Millie Bobby Brown, two of Stranger Things biggest stars were present at The Javits Center for New York Comic Con Friday and we were lucky enough to sit in on their panel. We got some really good stuff about the past and upcoming season of the hit “bingeable” show that has taken Netflix lovers and more by storm!

A fan asked if Jim would adopt Eleven, should her character return. (If you aren’t caught up with the show, Eleven disintegrated into oblivion upon “finally defeating” The monster. She basically turned into the chalk on the chalkboard she stood before.) 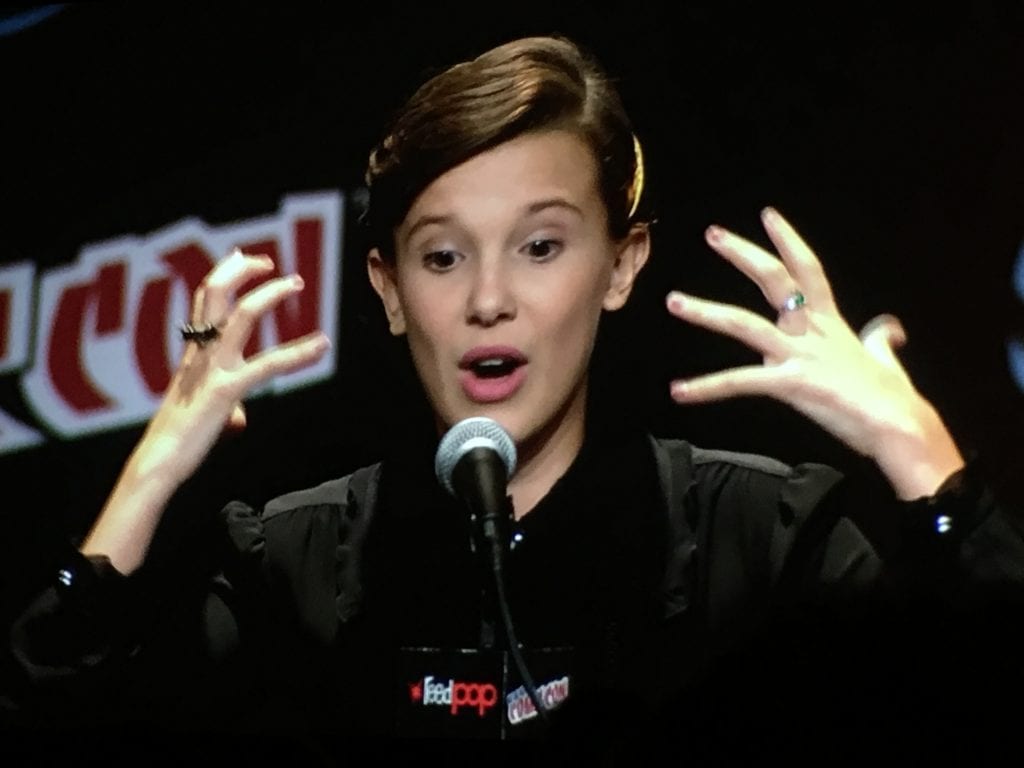 First things first, Millie joked many times about flying to, and being in Atlanta where the show is filmed, which leads us to believe that Eleven will indeed be back.

David Harbour confirmed that they have actually gotten their hands on scripts for season 2. “Should Eleven re-emerge and Hopper know something about that….We just read a couple scripts and the arc and it’s insane. I mean it’s insane.” he hinted.

Millie responded with a smile, “We’re all very excited. I’m not saying anything but it’s going to be incredible.” 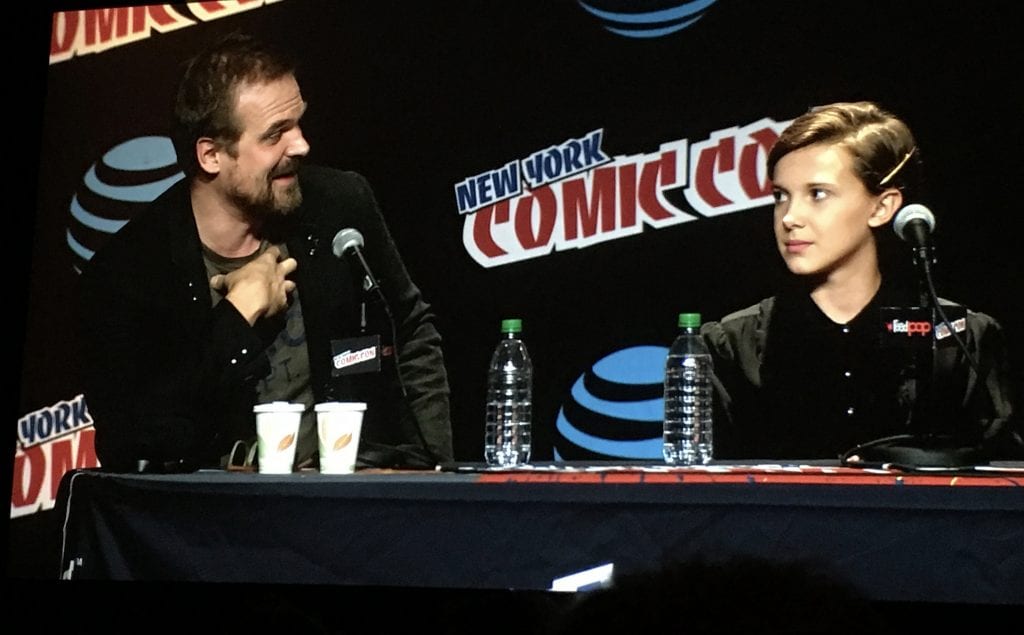 May we add that these two are ADORABLE together.

Also, for all you Barb fans-We have some good and bad news. David did confirm that we will get justice for Barb, but unfortunately not in the way you may hope.

“We will have justice for Barb in some sense. But I can assure you that barb is very much dead.” David said.

Some other cool tidbits the two mentioned were their shared love for Wynona Rider (and the way she sneezes) as well as the fact that when Millie auditioned got the role of Eleven, they told her to embody ET. 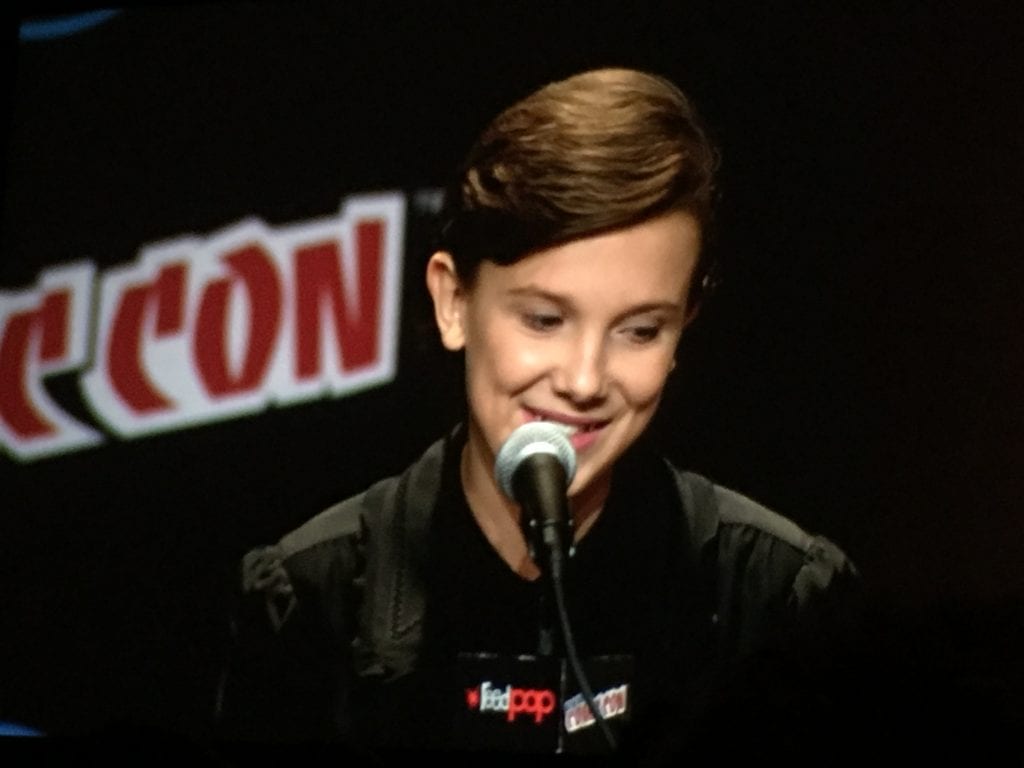 What are you hoping for from season two of Stranger Things?