Casey Anthony will always be in the news because of her murder case. A lot of people were upset about the not guilty verdict. Some people now regret how everything turned out. Anthony says he is innocent and that he just wants to tell his side of the story. But he only wants to do it on his own terms.

She is appearing on a reality TV show this summer. This is ahead of the release of a documentary that will give her side of the story about a terrible case. Even though it has been many years, she still makes headlines because of personal issues and disputed attempts to tell her story.

Since the death of her daughter, Caylee, 36-year-old Casey Anthony has been trying to start new ventures and find new love. But it seems that she can never escape her dark past. Recent events have made this even more apparent.

Anthony was recently in the headlines because she got into a fight with another person. The fight happened at a bar in Florida. Anthony called the police because she said someone threw a drink in her face. However, the drink actually hit her leg. It turned out that the fight was over Anthony’s new boyfriend. He used to date the woman who was involved in the fight.

This incident, which was unrelated to her daughter’s murder trial, did not stop some people online from making claims and pointing out that Anthony called the cops over a drink faster than she called over her daughter.

We’ve also seen some recent news stories about the case and the trial. For example, a member of the jury gave an interview to PEOPLE magazine. This juror said they regret the decision to acquit “tot mom.”

“My decision haunts me to this day,” the juror said to the outlet. “I think now if I were to do it over again, I’d push harder to convict her of one of the lesser charges like aggravated manslaughter. At least that. Or child abuse. I didn’t know what the hell I was doing, and I didn’t stand up for what I believed in at the time.” 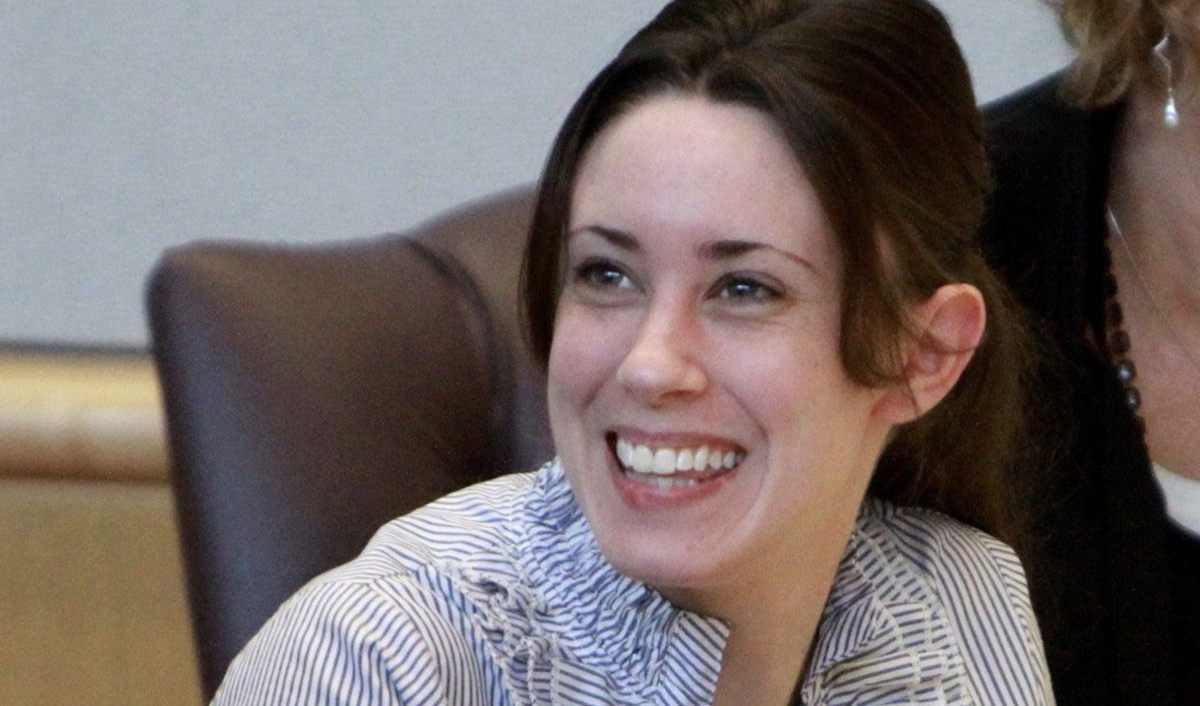 According to InTouch, all of these recent events were preceded by Anthony’s attempt at writing a book about her life, the trial and the loss of her daughter. “Casey is writing…a detailed and definitive account of her life and the tragedy of losing Caylee and everything that followed,” a source told the outlet. “She knows the book will be controversial and that no matter what she does she will face criticism, but she also feels she has a story that has never been told. Nobody else has lived it, so no one else can tell it.”

Anthony is not only adding a book to her resume, but she is also doing other things. Anthony has worked as a researcher and attempted to start a photography business called Case Photography LLC. In 2016, the company created a Twitter account but quickly deleted it after most of the questions were about the murder trial.

In December 2020, Anthony opened a private investigation firm in Florida. The company was called Case Research & Consulting Services LLC, and some reports attempted to connect the new venture with the death of Caylee. However, this was not the case, according to InTouch.

“That’s a closed chapter in her life, she’s not starting a company to get answers about Caylee,” an inside source told PEOPLE (via InTouch). “She knows what it’s like to be accused of something that she didn’t do. She wants to help other wrongfully accused people, especially women, and help them get justice.”

While Anthony wants to put her past behind her, it is hard for many people to do that. She is dating and partying, and doing the things that got her a lot of criticism during the investigation into Caylee’s death. Anthony has also floated the idea of making a movie about her life after Caylee’s death. In an interview in June 2019, she said “Yes, I drank and carried on like nothing happened. The movie is called As I Was Told because I’d done what I was told to do. I had to put on a fake persona throughout those 31 days.”

Casey Anthony was photographed at a nightclub days after her daughter Caylee went missing. Caylee’s remains were not identified until December 2008. Casey was acquitted of all felony charges related to her daughter’s death.

Anthony had an unusual reaction when her daughter’s body was found, according to her cellmate and a guard on duty at the time. “It was bad. [Anthony was taken] to medical, because she couldn’t breathe. She was having an anxiety attack, a panic attack,” Robyn Adams reveals in Lifetime’s Cellmate Secrets, with Silvia Hernandez, the guard on duty, added that she didn’t “act like a regular mother, where ‘oh they found my daughter and she’s dead?’—you know, crying, bawling.”

Casey Anthony still lives in Florida. InTouch magazine reports that she is open to having more kids and has been dating around in past years.