Progressively over the past week, we have been given more and more teasers for Paramount Pictures upcoming summer flick, Transformers: The Last Knight. Today, Paramount released a brand new poster for the film and let me tell you… the tagline ‘They have been here forever’ certainly gives me the chills. In a good way!!

The poster features Steelbane, a Cybertronian warrior. Steelbane took on the appearance of a knight during the Medieval era and ultimately altered the course of human history. Steelbane is the film’s titular Last Knight. When transformed, Steelbane takes on the form of the dragon. Given this information, we can gather that the dragon flying around when King Arthur’s knights are at war in the epic trailer for the film is Steelbane himself. 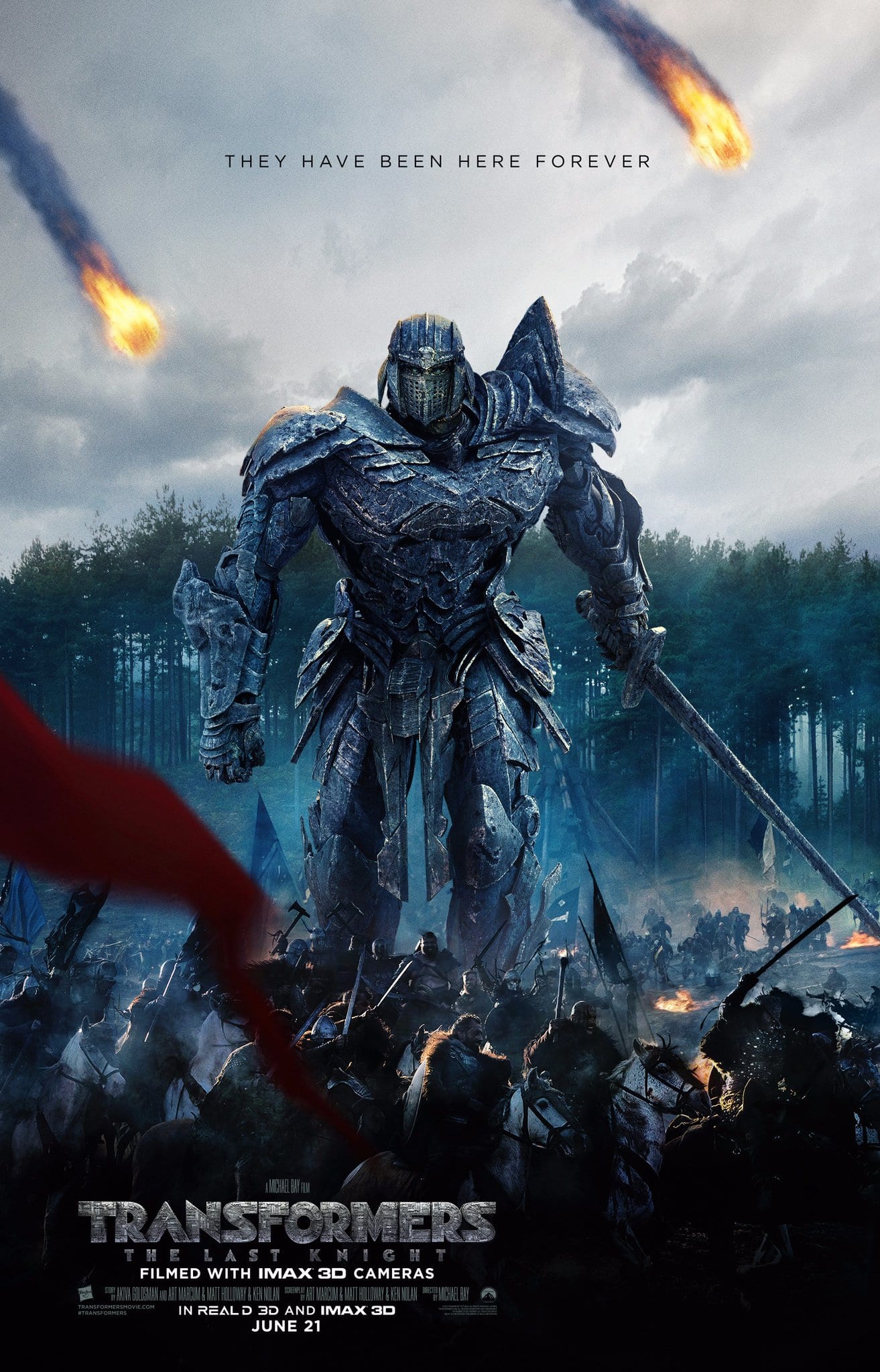 Humans and Transformers are at war, Optimus Prime is gone. The key to saving our future lies buried in the secrets of the past, in the hidden history of Transformers on Earth. Saving our world falls upon the shoulders of an unlikely alliance: Cade Yeager (Mark Wahlberg); Bumblebee; an English Lord (Sir Anthony Hopkins); and an Oxford Professor (Laura Haddock).

There comes a moment in everyone’s life when we are called upon to make a difference. In Transformers: The Last Knight, the hunted will become heroes. Heroes will become villains. Only one world will survive: theirs, or ours.

Transformers: The Last Knight will arrive in theaters on June 21, 2017.
Julia Valenti