Titans season 3 is almost here, and I don’t know about you guys but I can’t wait! I really enjoyed seasons 1 and 2 even if they had some flaws! This season is going to be the biggest yet, with the transformation to Red Hood. Not to mention the team is heading to Gotham! The new Titans season 3 poster is freaking sick, too! It features Barbara Gordon and spoils the return of a certain character!

We’re going to put the poster right below so you can check it out for yourself! One last warning… it really is that awesome! 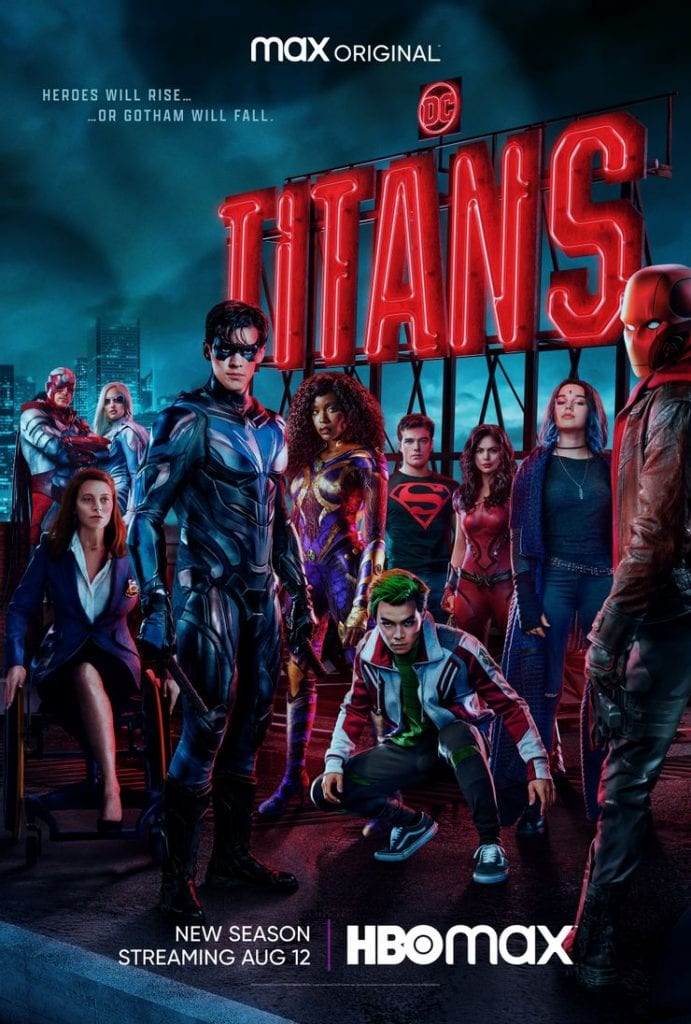 As you can see above, the poster gives us a pretty decent look at Barbara Gordon. She really does look like she’ll make a good Barbara Gordon too, but you may have also noticed a little someone else up there that shouldn’t be.

Although many already saw it coming, this poster confirms once and for all that Donna Try will be coming back for Titans season 3. She died at the end of the second season, but Raven went with her body to Themyscera. Is it possible Raven had something to do with reviving her?

We’ll find out on August 12. Y’know, assuming one of the first three episodes deals with that specific plotline. In case you’ve forgotten, Titans will be starting its third season with three episodes on August 12! That’s a lot of Titans!

The trailer, released some time ago, also revealed the Joker. Whether or not he’ll actually show up is still up in the air. DC would have to be pretty huge dicks to tease a character like that and not follow through though!

If you’re as excited for Titans season 3 as we are, let us know in the comments below! If not, well, I hope you enjoyed the new Titans season 3 poster anyway, and we’ll see you on August 12 on HBO Max!