We are just a couple of months away from the second season of Netflix’s breakout hit Stranger Things, and while there isn’t too much known about it just yet we do know that we can expect to see a new sinister entity popping up and wreaking havoc in 1984 Indiana. So, while we wait for what is sure to be a super exciting season, we can fawn over the little nuggets that Netflix has been releasing recently. The newest addition being four brand new posters featuring Eleven, Mike, Jonathan and Hopper all looking off to the side, promising “It only gets stranger”. Take a look at the new posters below!

Mike has got his walkie-talkie out and he’s ready for whatever mission lies ahead.

Jonathan’s got his camera that will probably play an even bigger role with his character this season. 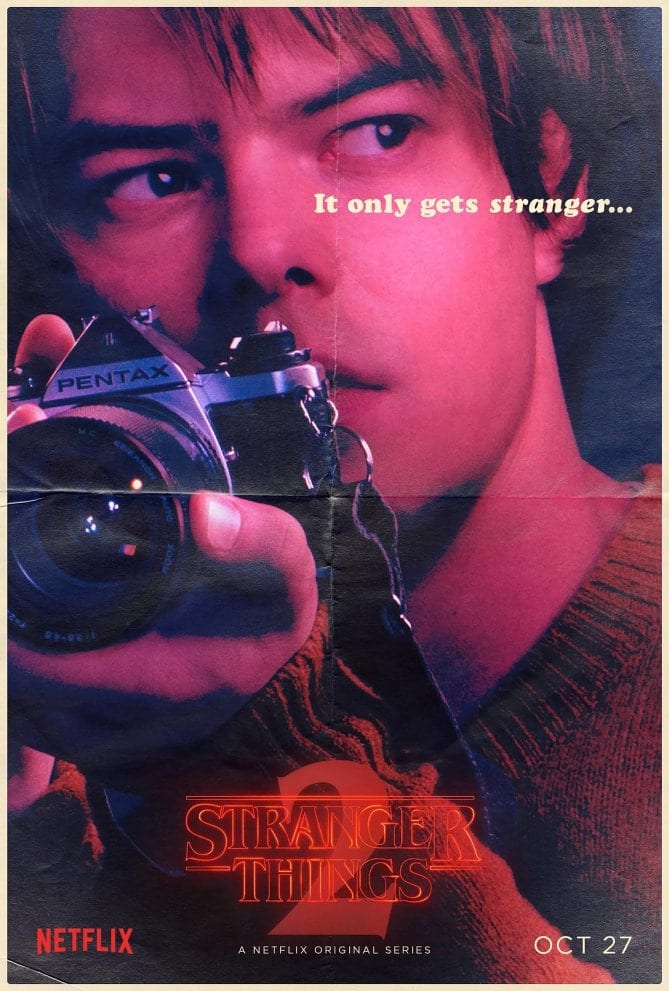 And Hopper’s looking sharper than ever.