The first in a series of stand-alone films, Rogue One: A Star Wars Story premiered new behind-the-scenes footage Friday at Star Wars Celebration Europe as well as a new movie poster. 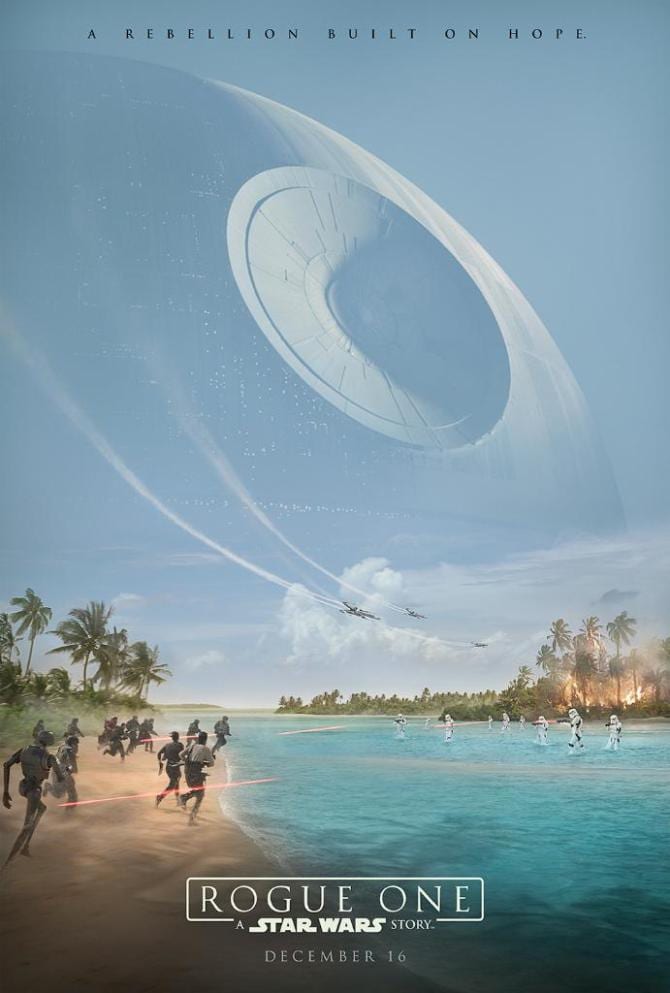 During the hour-long panel, stars of the film including Felicity Jones (Jyn Erso), Diego Luna (Captain Cassian Andor) and Forest Whitaker (Saw Gerrera) as well as director Gareth Edwards were present for the festivities.

Rogue One takes place at a point in time between Episode III and Episode IV where stars Rebel fighter Jyn Erso (Jones) and the resistance fighters attempt to steal plans for the Death Star.  The new poster for the film shows the Death Star outline appearing over a sandy beach, in a new world known as Scarif.  According to Entertainment Weekly, Edwards confirmed that a major battle occurs in this world which is pertinent to the story.

The panel also revealed more details on new character introduced in the film:

Before the panel ended, the crowd was treated to two new and exclusive teaser trailers and a sizzle reel including a behind-the-scenes look at production.  While the trailers are not yet available to the public (hopefully, maybe, after San Diego Comic Con, we hope!), the sizzle reel is and it’s amazing!

Check out the Rogue One: A Star Wars Story Celebration Reel below and let us know your thoughts in the comment section below.  We CAN’T wait to see more from this film!  Are you as excited as we are for more footage from Rogue One?