Just when you thought it was safe to go back into the water, on Monday night, the first trailer for the upcoming Warner Bros. thriller The Meg premiered unleashing its monstrous-sized megalodon on its viewers.

The film stars Jason Statham and is about a prehistoric, massively-sized species of shark, once believed to be extinct, which is now terrorizing anyone who gets within paddling distance of it.

Now, if you’re even remotely into film, the first movie you probably think of when you hear the word “shark” is undoubtedly Steven Spielberg’s Jaws. The creators of The Meg are well aware of this and even decided to give the iconic Spielberg film a nod with it’s latest released artwork.

The truly striking poster below is an homage to the 1975 Jaws movie poster only this time, there’s something bigger and scarier swimming in the ocean depths.  The Meg stars Jason Statham, Ruby Rose, Cliff Curtis and Rainn Wilson.

Check out the new poster and film synopsis below as well the original Jaws poster for comparison. 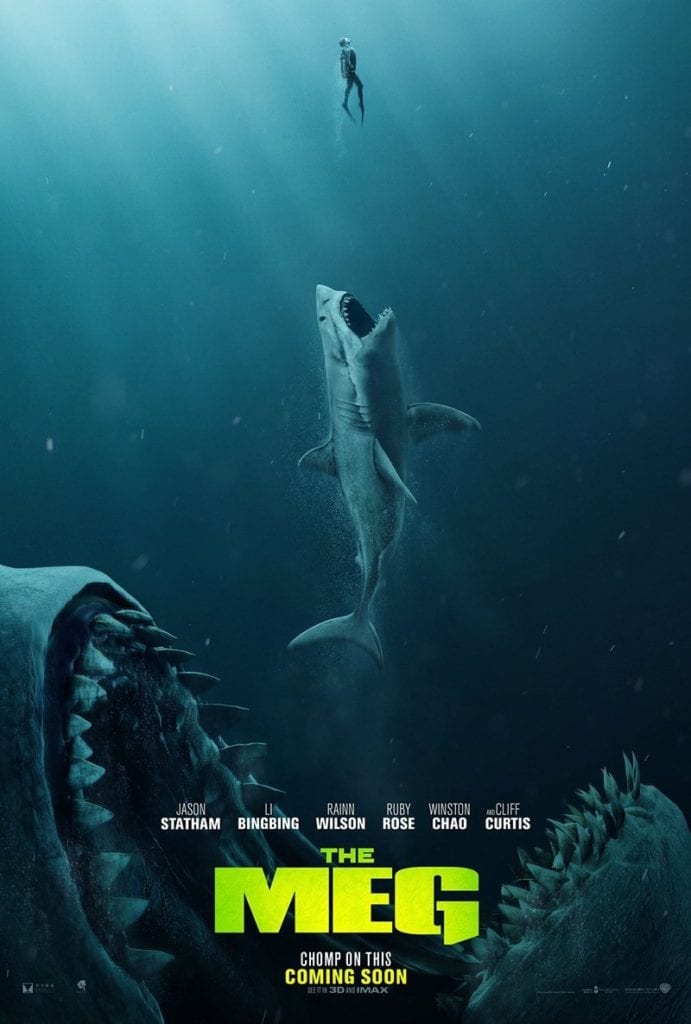 [row]“A deep-sea submersible—part of an international undersea observation program—has been attacked by a massive creature, previously thought to be extinct, and now lies disabled at the bottom of the deepest trench in the Pacific…with its crew trapped inside. With time running out, expert deep-sea rescue diver Jonas Taylor (Statham) is recruited by a visionary Chinese oceanographer (Winston Chao), against the wishes of his daughter Suyin (Li Bingbing), to save the crew—and the ocean itself—from this unstoppable threat: a pre-historic 75-foot-long shark known as the Megalodon. What no one could have imagined is that years before, Taylor had encountered this same terrifying creature. Now, teamed with Suyin, he must confront his fears and risk his own life to save everyone trapped below…bringing him face to face once more with the greatest and largest predator of all time.”[/row] 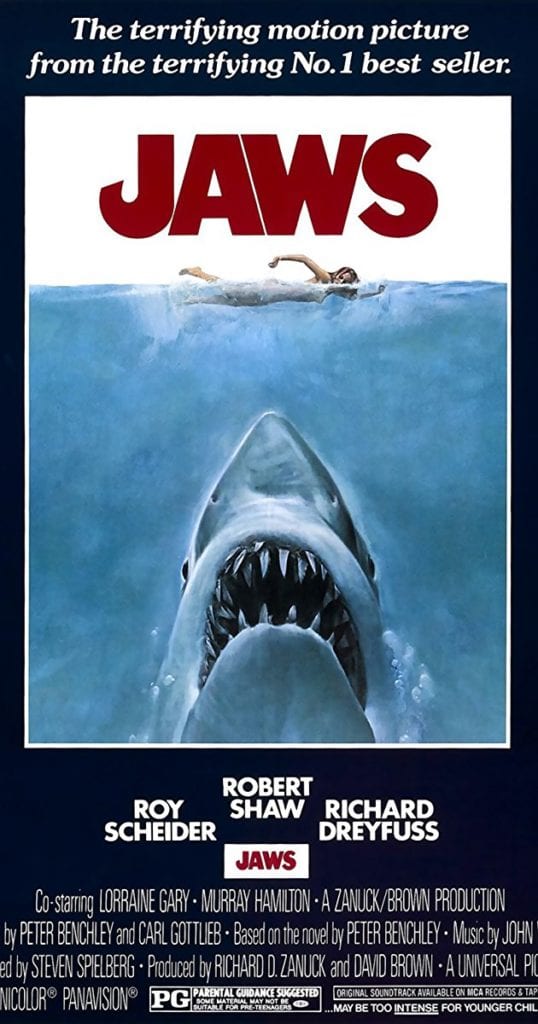 What do you think of the Jaws-inspired poster for The Meg?  Are you excited to see the film?  Let us know your thoughts in the comment section below.