The legend of the Loch Ness Monster has existed for centuries with the earliest documentation of the fabled beast dating back to the 7th Century.  In 1933, the legend gained new momentum when a Scottish newspaper printed an article about a local couple who reported seeing an enormous animal swimming within the loch.  Ever since, there have been numerous reported sightings and investigations into proving the animals existence. 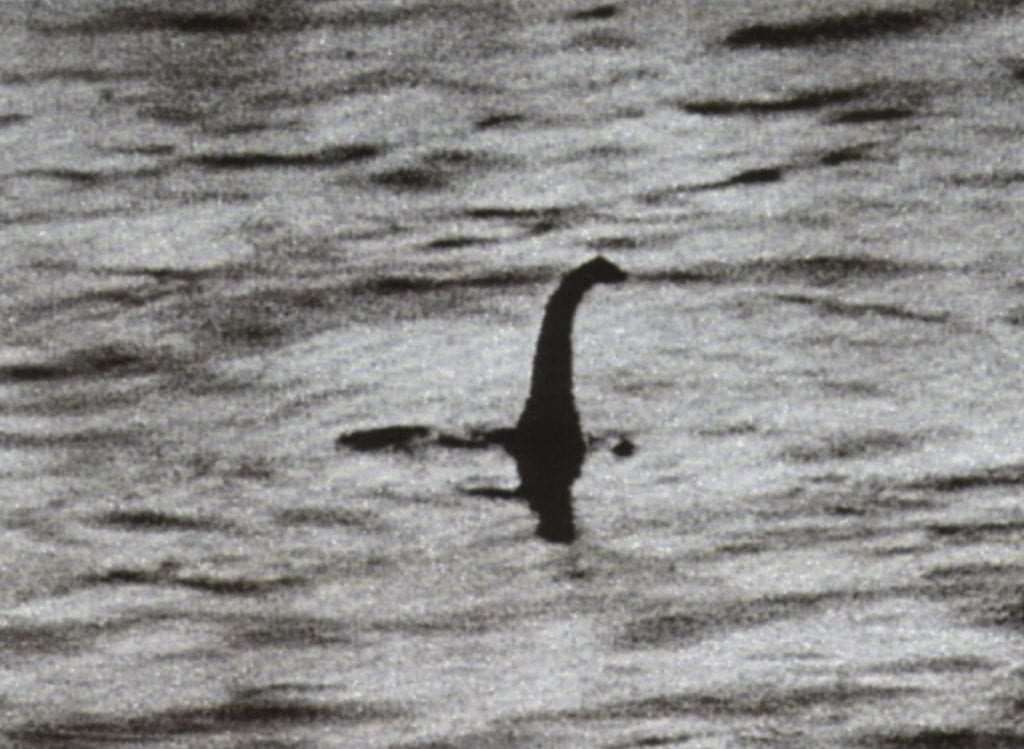 You may be familiar with the most famous photo (shown above) supposedly showing Nessie (the affectionate nickname given to the legendary monster).  This photograph turned out to be a hoax; a simple artificial serpent head attached to a toy submarine, however, believers still continue to search for proof and evidence that Nessie is real.  There have been many other unexplained photos and videos but, none so clear and convincing as the photo which surfaced earlier this week.

Amateur photographer and whiskey warehouse worker, Ian Bremner, was looking to photograph red deer last Saturday when he snapped a photo of something strange swimming in the water.  His photo has since been circulating throughout various news channels including an article in The Scotsman National Newspaper with the headline, Most Convincing Picture of the Loch Ness Monster Ever Taken?

Bremner was quoted as saying:

“This is the first time I’ve ever seen Nessie in the loch.  It would be amazing if I was the first one to find her.”

Is Bremner’s photo finally the first clear evidence of the Loch Ness Monster?  Take a look and decide for yourselves:

Let’s zoom in a bit for a clearer view:

So, what do you think?  Personally, as much as I want definitive proof that Nessie is real (and as a side note, I also firmly believe that Bigfoot is out there somewhere.  He just doesn’t want to be found), when I look at this photo, all I see is a group of seals.

We want to hear what you think!  Let us know if the comment section below if you believe this is solid proof or just another photography spoof!