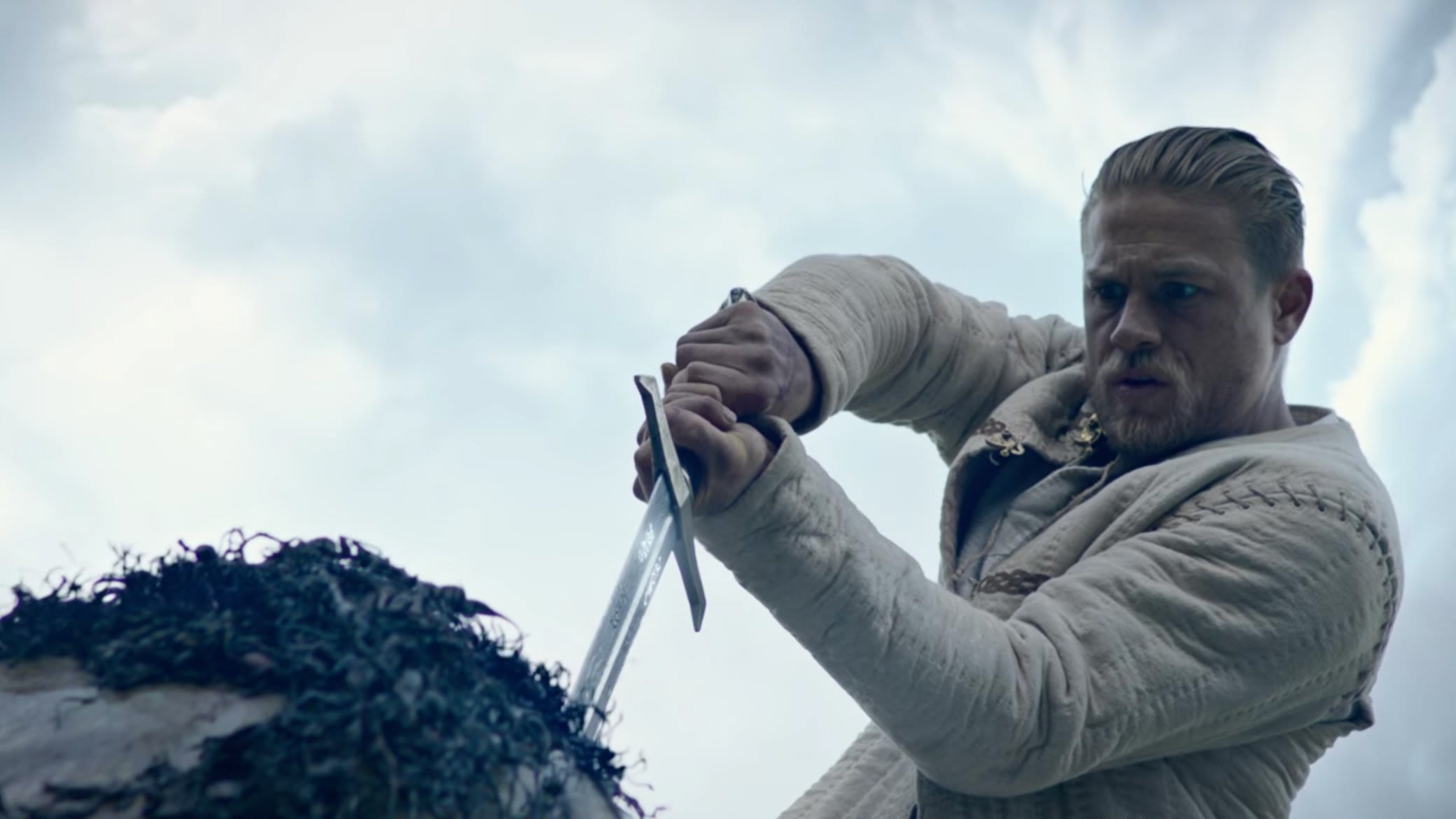 After seeing the first official trailer for King Arthur: Legend of the Sword last July when it made its debut at San Diego Comic Con, Entertainment Weekly has now released some exclusive, never before seen photos of the highly anticipated film as well as some insight from director Guy Ritchie.

Starring Charlie Hunnam and Jude Law, the film had its release date changed three times, which Ritchie says was due to “competition.”

“The date kept shifiting, I think, simply because of competition. We could have wrapped up a year, but since we didn’t have to wrap up a year ago, you keep this visual effects things going on so that you can get the best out of them. But it’s such a crowded market out there, trying to find a weekend that you stand half a chance in is tough. That’s the only reason [the release date was delayed.]”

Ritchie originally developed the film into three different projects before settling on Legend of the Sword. However, he assures audiences that while this version “has more of an element of fantasy in it,” the story remains the same. He also says the audience will come to like Arthur because of –

“His intelligent humanity, I’d say. He knows how to straddle the line between being hungry without being corrupted by that hunger. At the same time, there’s no version of him being squeaky clean. He has to get on with it. You have to move forward. As momentum takes you forward, he picks up the least amount of dirt, as elegantly as one could hope to do in his acension. So really, it’s a question of, you’re going to get dirty, but can you elegantly negotiate with that filth? Life is a dirty business. Can you remain dignified during the process of life?”

Check out the gallery below!