Jamie Lee Curtis has had a huge impact on not only the Halloween franchise, but also the horror genre as a whole. The upcoming Halloween Ends is slated to be her final movie as Laurie Strode.

Back in 2002, Curtis’ Laurie was unceremoniously killed off in the opening sequence of Halloween: Resurrection. However, thanks to the skillful narrative trajectory and talent involved in the David Gordon Green-directed trilogy of films, it’s clear that this goodbye feels more authentic and final.
Watch a fresh Halloween Ends featurette, which focuses on Jamie Lee Curtis’ journey, before the film’s release and on Peacock on October 14th.

The horror genre’s most acclaimed and revered franchise, which has scared filmgoers for 45 years, comes to a close as Laurie Strode meets Michael Myers one last time in a final showdown unlike anything seen on-screen. Only one will survive. 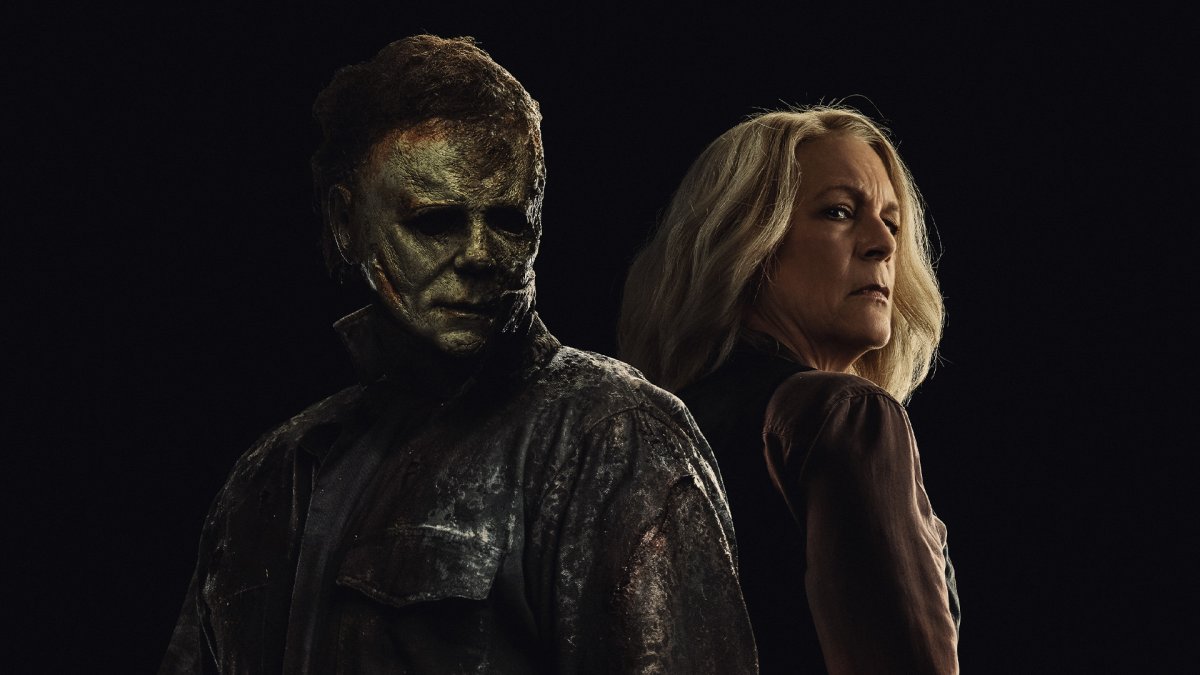 After decades of terror, Jamie Lee Curtis returns as Laurie Strode in HALLOWEEN, the final chapter in the Michael Myers saga. Curtis has played Laurie Strobe since 1978, making her one of the longest acting-character pairings in movie history. Halloween shattered box office records when it was released on October 19th, 2018, becoming the franchise’s highest-grossing chapter and establishing a new record for a horror film with a woman at its lead.

It’s been four years since the events of last year’s Halloween Kills, and Laurie is now living with her granddaughter Allyson (Andi Matichak). She’s also close to finishing writing her memoir.

Michael Myers hasn’t been seen since After spending decades living in fear and anger because of the specter of Michael, Laurie has finally decided to liberate herself and embrace life. But when a young man, Corey Cunningham (Rohan Campbell; The Hardy Boys, Virgin River), is accused of killing the boy he was babysitting, it sets off a series of events that will force Laurie to face her demons head-on.

Halloween Ends will be in theaters and on Peacock October 14th. Check out the featurette below!