It’s been a big day for DC announcements. We got a first look at The Riddler in a new The Batman calendar, followed by the news of this Batman animated series. There’s a Superman animated series on the way, too!

The show will be titled Batman: Caped Crusader and the people behind it are amazing. Bruce Timm worked on Batman TAS and we all know J.J Abrams. Finally, Matt Reeves is actually working on The Batman with Robert Pattinson.

The news was announced during Wednesday’s WarnerMedia Upfronts presentation, with executives Tom Ascheim and Sam Register breaking the news. The series will air both on Cartoon Network and HBO Max!

Check out the key art for it below! 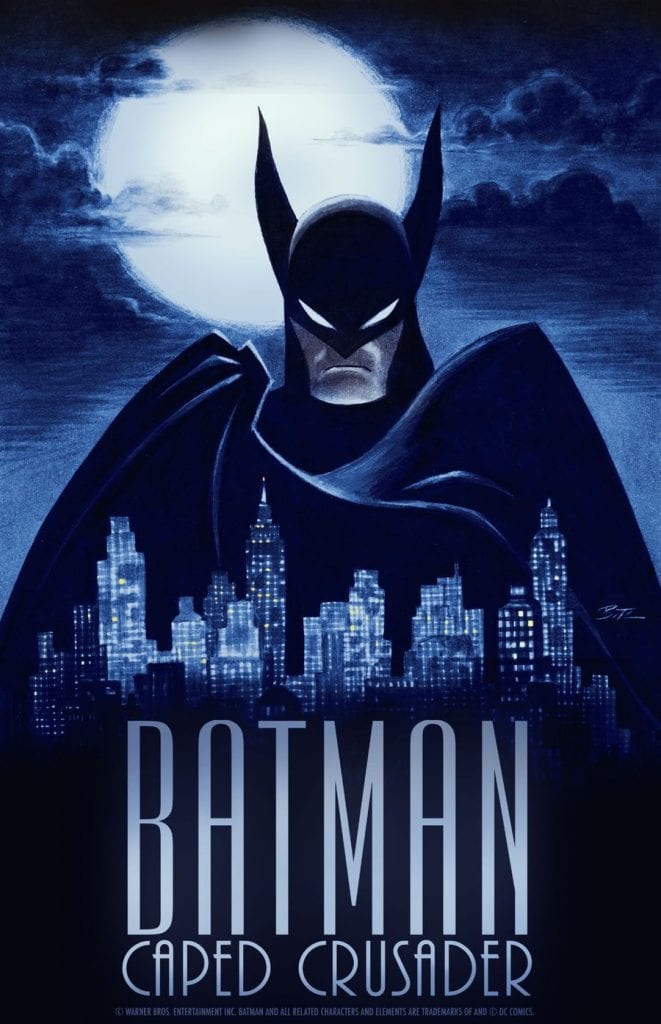 The show will apparently use state-of-the-art animation techniques. Batman: Caped Crusader is going to reinvent Batman’s rogues and will boast sophisticated storytelling and intense action sequences.

“It is always fun to feed the insatiable appetite fans have for all things Batman,” Ascheim said in a statement. “Batman: Caped Crusader will entertain first-time and die-hard fans alike and, with such an impressive creative team in place, we know we have another future Batman classic in the making.”

“Batman: The Animated Series was a masterpiece that shaped the perception of the character for an entire generation of fans,” Register added. “It is in that spirit that we are bringing together three master storytellers in J.J., Matt, and Bruce – each with their own intuitive understanding and affection for the character – to create a new series that will continue in the same groundbreaking legacy.”

This is also a return for Bruce Timm. Fans have been desperate for Timm to return to Batman. Recently he was involved in the comic continuation of Batman The Animated Series. This isn’t quite the same, but it’s still really good.

“We are beyond excited to be working together to bring this character back, to tell engrossing new stories in Gotham City,” Timm, Abrams, and Reeves said in a statement. “The series will be thrilling, cinematic, and evocative of Batman’s noir roots, while diving deeper into the psychology of these iconic characters. We cannot wait to share this new world.”

So, be honest… how excited are you for this new Batman animated series?