With an even earlier premiere date for Avengers: Infinity War, fans are eagerly anticipating not only the movie but any information about what can be expected when theaters fill this April. While Marvel is big on keeping secrets, and we don’t want to find out anything too revealing, some character bios were revealed alongside some action figures for the movie.

These six characters got bios specifically for the movie and fans now know a little bit about the most up to date backstories of a few of our favorites.

Truly embracing the role of ‘Nomad’ (thank Sebastian Stan and Chris Evans for that one) – Steve’s bio shows that the ‘super soldier’ has, in fact, been laying low. However, it’s not stopped him from saving the world. 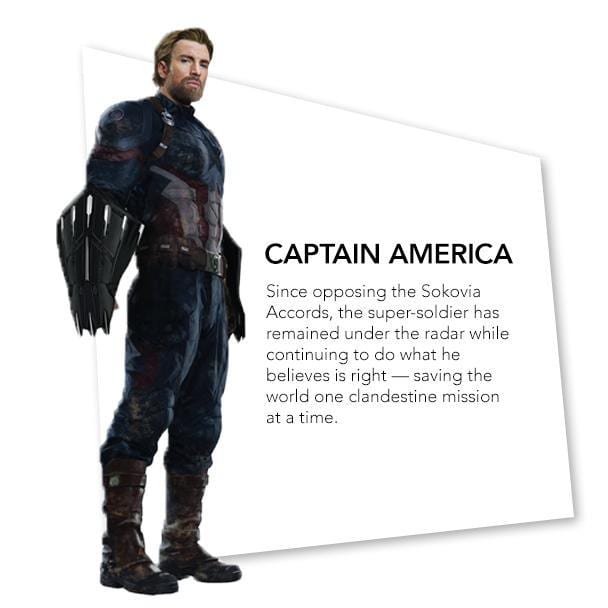 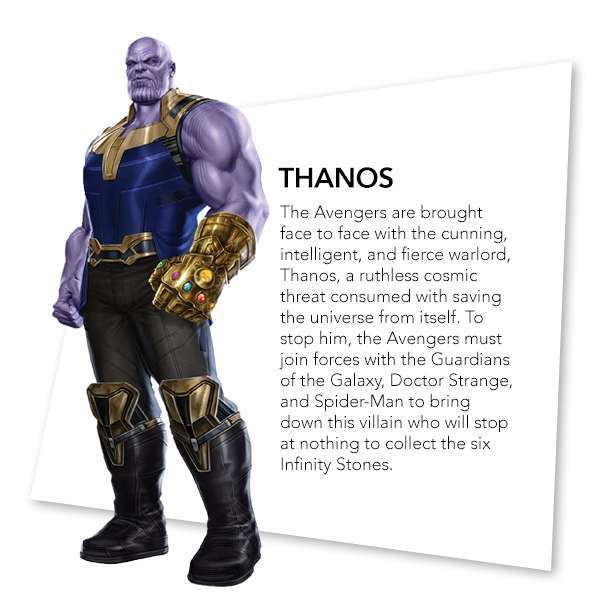 Thanos’ mission is simple…well…at least where he’s concerned. He thinks he’s on a mission to save the universe from itself. As the bio says, he’s stopping at nothing to collect those Infinity Stones. We have a feeling his battle won’t be quite as easy as he hopes. Or maybe, that’s just what we’re hoping. 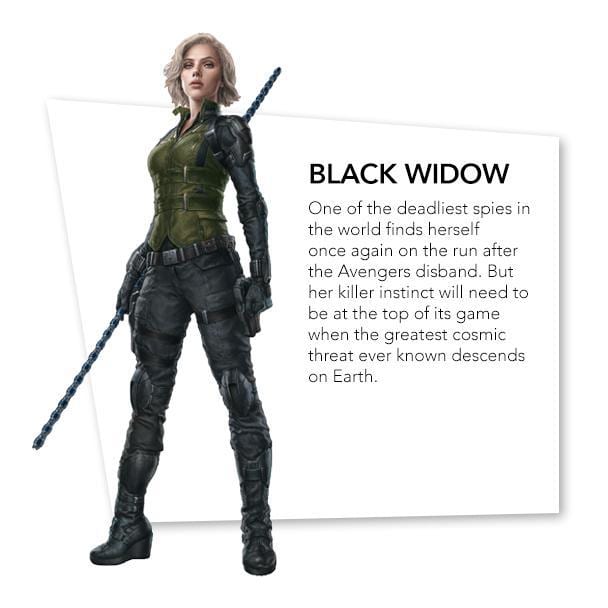 Black Widow has, too, spent her time laying low since the fall out of Captain America: Civil War. The battle tore a group of friends apart, but she’ll soon realize the importance of their banding together when it comes to taking Thanos down. Here’s hoping she’s ready for the biggest battle the Avengers have ever taken on. 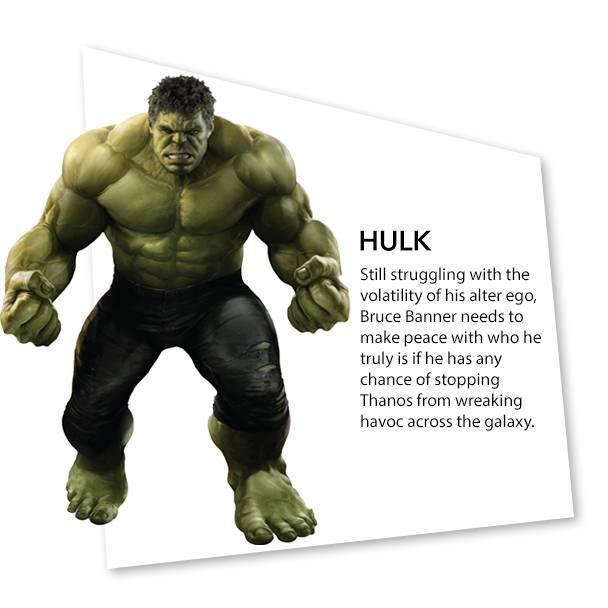 Bruce Banner’s Hulk has always been a character with a deep internal struggle. He isn’t sure how to control the extremely powerful side of himself that is both a blessing and a curse. When it comes to taking down Thanos and his army, he’ll need to have a sense of control unlike anything he’s known before. 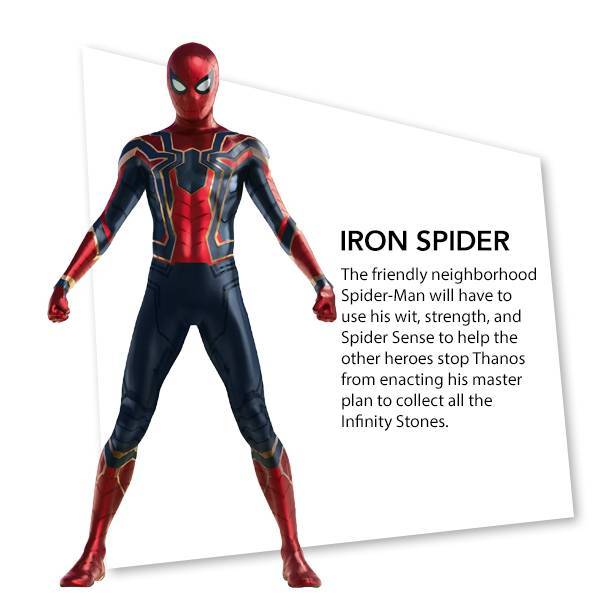 Spider-Man is lucky to have Iron Man as his mentor, especially with the battle looming. Thanos is a true evil amongst evil and to Spidey will have to use all of that wit, strength, and agility to put up a worthy fight. 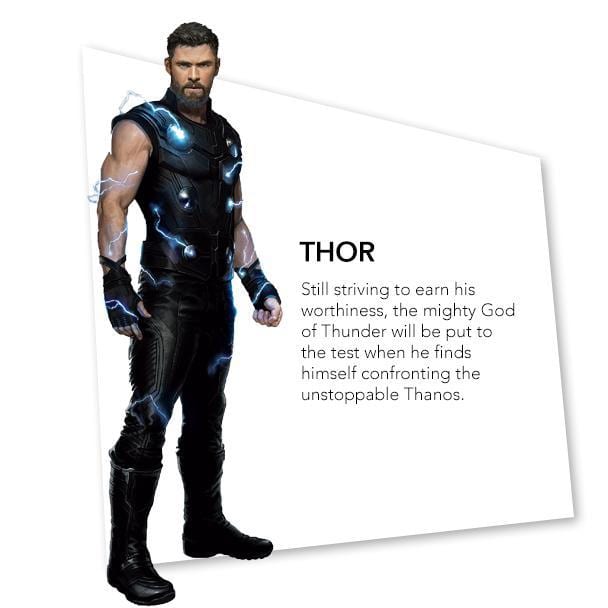 Thor thought he lost his power when his mighty hammer was destroyed at the hands of his sister. So like the rest of our favorite heroes, he’s facing quite an internal struggle as the battle with Thanos draws near. He’ll have to pull from the strength he has within himself if he wants to stand a chance.

We expect to see more bios and pieces of the storyline as toys and collectibles debut. Keep an eye out here for information as soon as we get it and don’t forget, Avengers: Infinity War hits theaters on April 27th.