Robert De Niro has been accused of phoning it in for decades, happy to capitalize on his reputation after establishing himself as one of the acting game’s all-time greats. On the one hand, his recent two Academy Award noms would seem to contradict this, but The War with Grandpa continues to speak volumes.

De Niro, who had previously headlined the execrable Bad Grandpa and its spiritual sequel, received the distinction of headlining two widely despised films that assembled a star-studded cast to orbit around the legendary star playing a grumpy old man with an axe to grind. 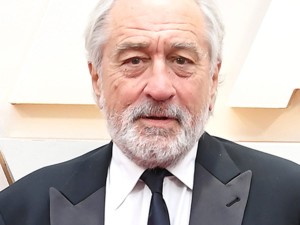 A 29 percent rotten tomatoes score isn’t uncommon, but an 85 percent user rating on the aggregation site is about as unusual and unexpected. However, despite its $38 million budget, The War with Grandpa was able to just about surpass it at the box office, which was practically unheard of when business was at its lowest ebb in 2020.

Tim Hill’s disaster, which was a flop at the box office, has since become a Netflix success story. According to FlixPatrol, The War with Grandpa is on the verge of entering the platform’s global Top 20, and it’s currently ranked second in Australia. 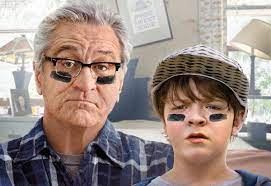 Ben Stiller is an exception to the rule, since he’s one of the most hilarious actors today. However, he isn’t as funny as De Niro or Walken. Rob Riggle and Uma Thurman are among those who deserve a much better showcase for their talents; whether we’re talking comedic or otherwise.