Netflix has released its full trailer for Enola Holmes that will star Stranger Things‘ Millie Bobby Brown and Man of Steel‘s Henry Cavill. Brown will play the younger sister of Cavill who is the great Sherlock Holmes.

The film based on the book series of the same name by Nancy Springer. The film is directed by Harry Bradbeer and written by Jack Thorne. Millie Bobby Brown stars as the title character, while also serving as a producer on the film. Sam Claflin, Henry Cavill, and Helena Bonham Carter also star.

The early description of the film states:

“When Enola Holmes-Sherlock’s teen sister-discovers her mother missing, she sets off to find her, becoming a super-sleuth in her own right as she outwits her famous brother and unravels a dangerous conspiracy around a mysterious young Lord.”

Are you excited about Brown taking on a role outside of Stranger Things? At least she finally gets to speak in her own British accent! This movie looks like a lot of fun! 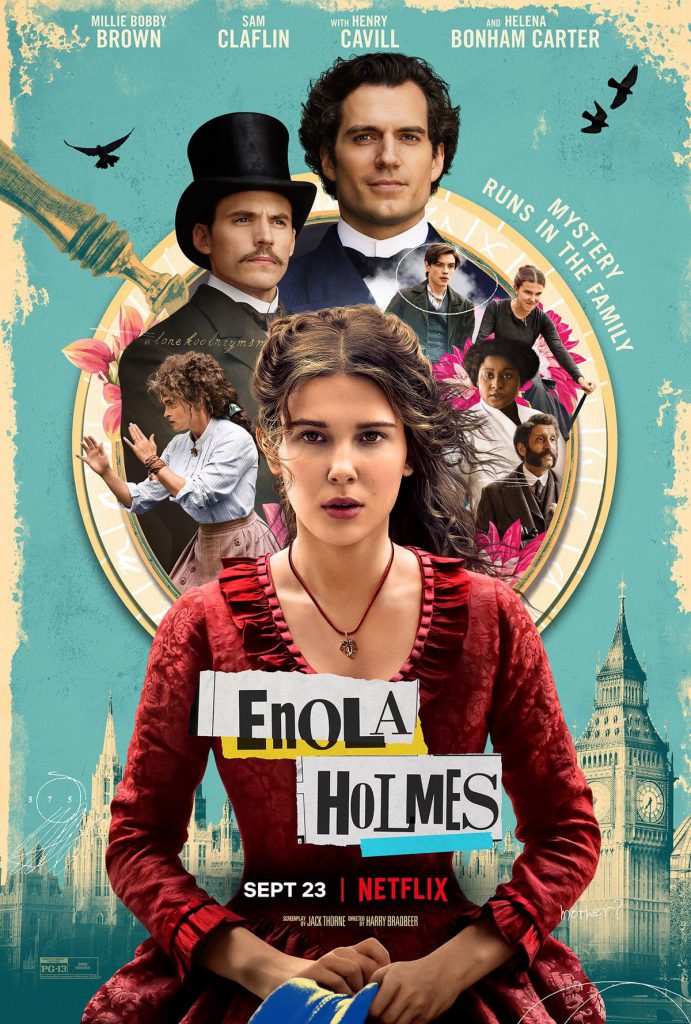