Netflix and Marvel are continuing to tease fans regarding the highly anticipated release of The Punisher series.

On Tuesday, the streaming service served up a brand new teaser, poster and episodic images, however, still no release date has been revealed for the series.  In fact, the new teaser poster and video, shown below, have the release date redacted from the bottom tagline!  Stop toying with our emotions, Netflix!  We need to know when the series will be released!

Hopefully, fans won’t have to wait much longer.  If we were placing bets, we’d say that an official announcement will come during New York Comic Con which is set to take place the first weekend in October.  Jon Bernthal, who plays Frank Castle in the series, will be at NYCC along with the rest of the cast for a featured panel on Saturday, October 7th.

Check out the conspiracy-driven teaser below:

Netflix has released the official synopsis for the series which reads:

After exacting revenge on those responsible for the death of his wife and children, Frank Castle (Jon Bernthal) uncovers a conspiracy that runs far deeper than New York’s criminal underworld. Now known throughout the city as The Punisher, he must discover the truth about injustices that affect more than his family alone.

The Punisher is the sixth series ordered for Netflix so far as part of an overall deal with Marvel Television in addition to Luke Cage, Iron Fist, The Defenders, Jessica Jones and Daredevil.

Check out the awesome new photos in the gallery below.  Are you excited for Marvel’s The Punisher to hit Netflix?  Let us know your thoughts in the comment section below. 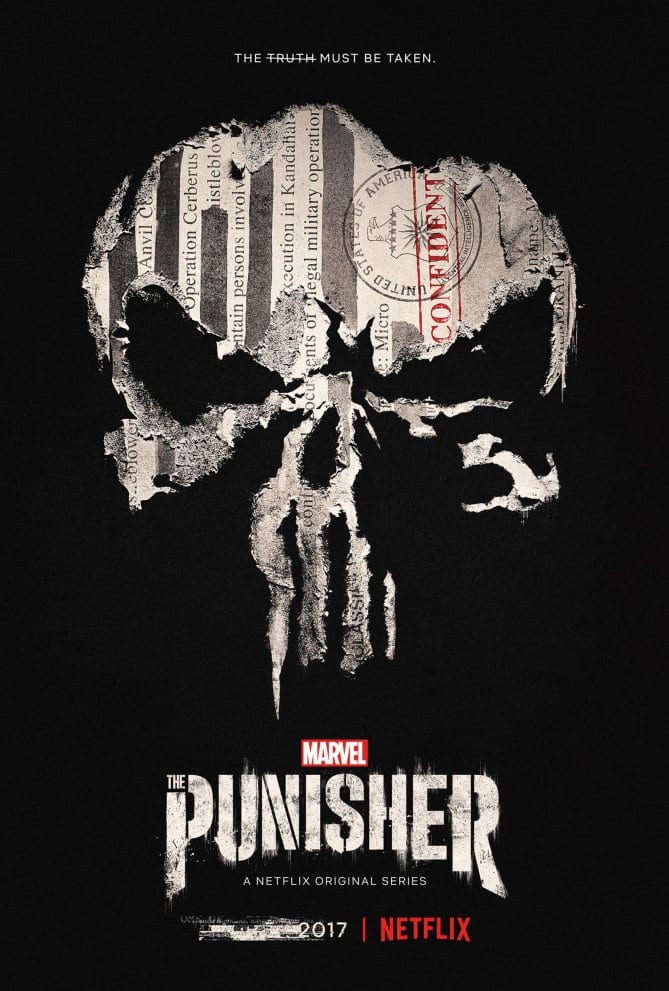