We haven’t seen Negan since episode 1 this season and while it’s been a nice reprieve for some, a lot of us are wondering just what exactly is going on in that walker swarmed trailer that Negan and Father Gabriel are hiding in. Well, it appears that we will finally be getting our answer in this Sunday’s episode titled “The Big Scary U” which has a synopsis of “a close look at Negan and the lives of the Saviors during the conflict through a familiar set of eyes.”

AMC has released a sneak peek of the episode featuring a quick conversation between Negan and Father Gabriel, which will probably be the first of many to come in the episodes hour. Take a look at the video and if you’re reading this at work or somewhere where you can’t listen to it, allow us to break the quick sneak peek down for you below!

It looks like Negan and Father Gabriel aren’t going to be saved anytime soon, which means that there’s plenty of time to get to know each other.

Father Gabriel’s reply is a little questionable seeing as how when we first met him he had turned his back on his people and left them to die outside of his church, but he has had a lot of development since then and did just try to help Gregory, so we can give him that.

He tells Negan that he became a priest because he wanted to help people through their differences and weaknesses. 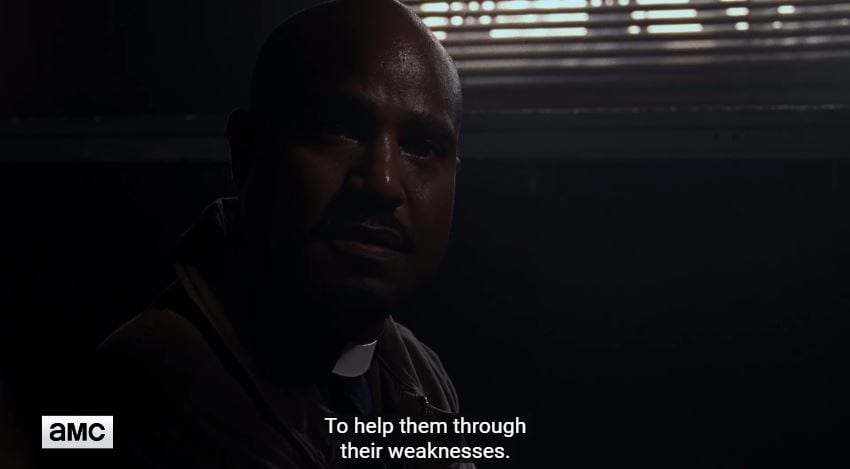 Negan interrupts and says that helping people is his ‘thing’ too. 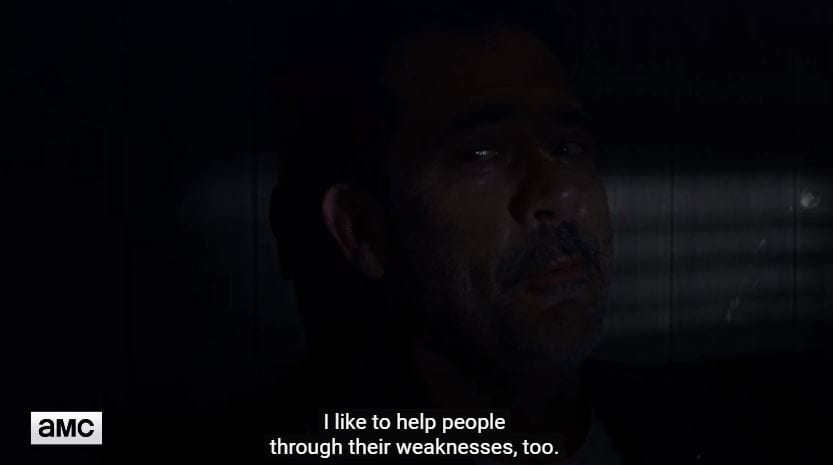 Gabriel is all of us: 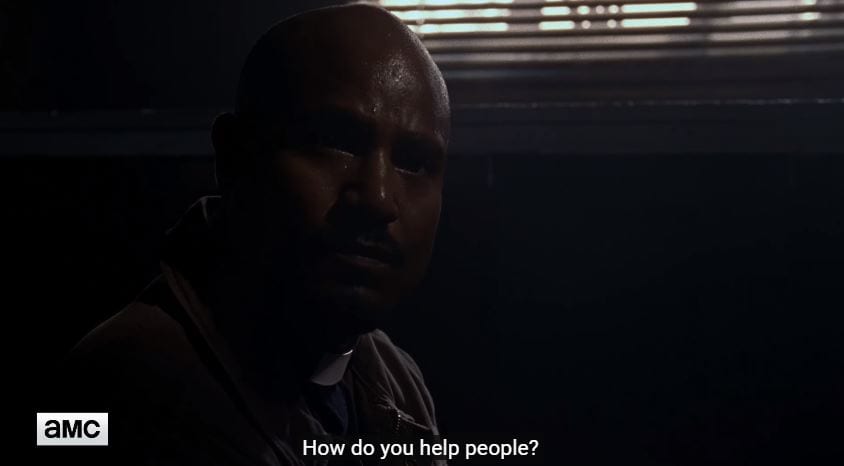 Negan’s answer kind of does make sense though. His people respect him and listen to him, but with him not around and presumably dead things are bound to get a little dicey inside the sanctuary as they struggle for power. Dwight and Eugene are in for some angry Saviors. 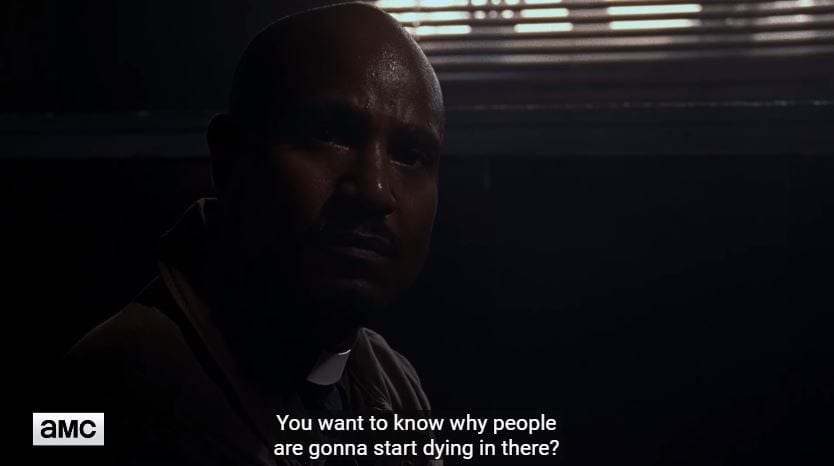 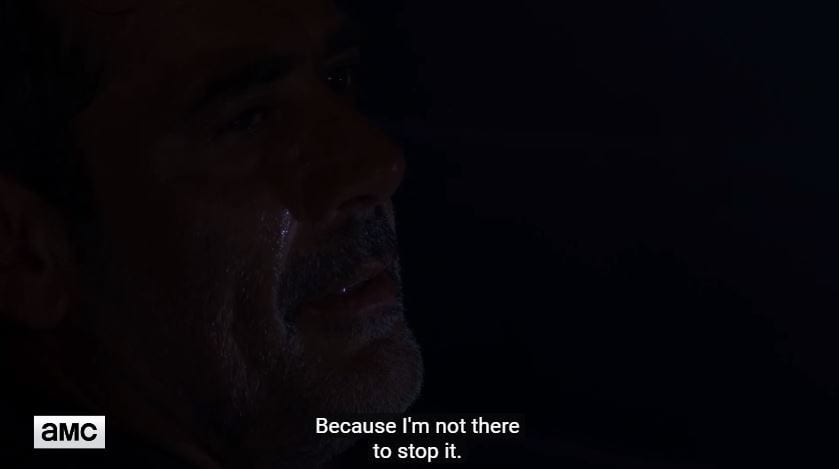 Negan then does his creepy whistle as a ton of walkers still clamor at the trailer trying to get in. 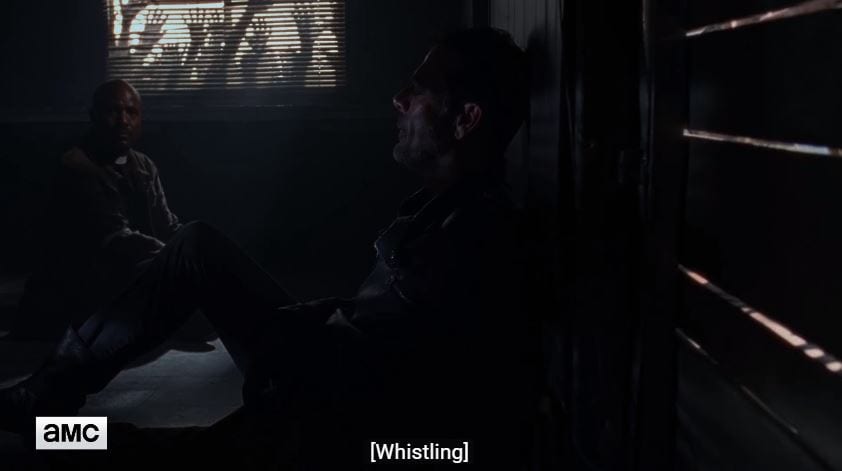 Be sure to tune into The Walking Dead Sundays at 9:00 pm ET on AMC.

‘The Walking Dead’: Can We Talk about Gunther the Savior Real Quick?

‘The Walking Dead’: The Best Tweets from “Some Guy”