I purchased a Playstation 4 at the beginning of 2017 and it is the first time I have had a console since Legend of Zelda: Skyward Sword came out on the Wii. Naturally, I have a lot of catching up to do and my backlog is incredibly massive. During the course of a year, I played my way through 23 games, and I figured I would take the time to share a little bit about each game. Perhaps you’ve played them and want to hear another opinion, or maybe you’ve been holding off on investing in a particular game. Either way, it’s never a bad time to spread your love of gaming.

Sword Art Online is a Japanese light novel that has spawned an anime series and numerous games. The story follows Kirito as he plays a completely immersive online role-playing game, but the system is hijacked, trapping players inside. If they die in the game, then they presumably die in real life. Hollow Realization (2016) is a sequel to the light novel and first season of the anime in which players explore a revamped version of Aincrad called Ainground. But just like the first time around, the game starts glitching. Luckily, the players aren’t trapped inside and death in the game doesn’t equal death in the real world. It’s up to you to solve the mystery of Ainground and stop an evil plot from unfolding. 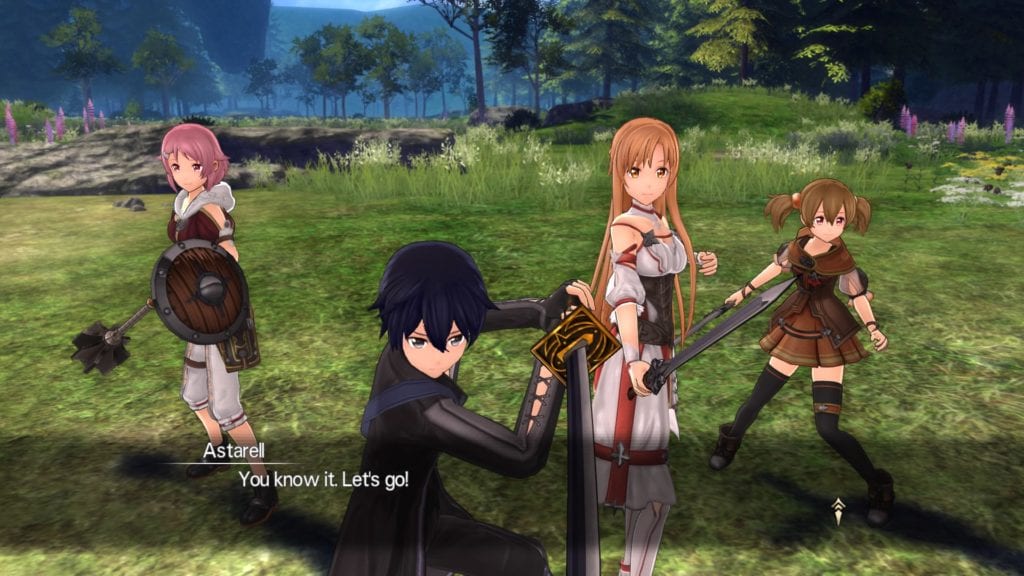 This game was a whole lot of fun. I’m a big fan of the anime and was excited that they had released a game that was similar in style to the first season as I’m a huge fantasy nerd. The game features complete customization of your main character, so you can actually choose not to play as Kirito. I did because I like his design, but you are free to do whatever you wish. Once in the game, you can choose a class and weapon to focus on, but you aren’t locked into that decision. I was surprised by the number of options you are given and this makes the post-game stuff fun because you can switch everything up and tackle your enemies with a new weapon and skill-set.

Kirito has a number of friends from the anime who join him in Ainground and you are allowed to form a party with three of them. You aren’t forced to keep them with you the entire game and it’s really easy to swap them out. You can even form bonds with NPC and form a party of completely random people. You also have the ability to customize your party by giving them gifts. If it’s better than the gear they already have, they’ll equip it. 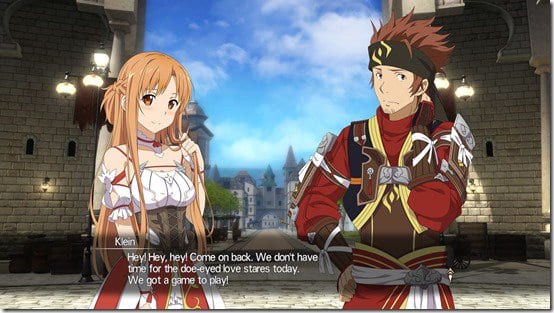 This is an action adventure game as well as a dating game. Kirito is quite the ladies man and there are several girls who you can form deep relationships with. There are two guys who make up the core group and bonds can also be formed with them. All of the relationship building actually helps you when you’re out on missions because they will perform better under your command. There are some crazy combos you can pull off when your relationship with the character is maxed out.

The controls take a little getting used to and it’s a bit difficult to figure out the party system at first because the all the voice work is in Japanese. While in a fight, characters will perform certain moves and you can thank them for doing specific actions. When you do this, the character will perform that move more because you like that they’re doing it. This means you can influence what class your party members pursue and can help you create the ultimate team. 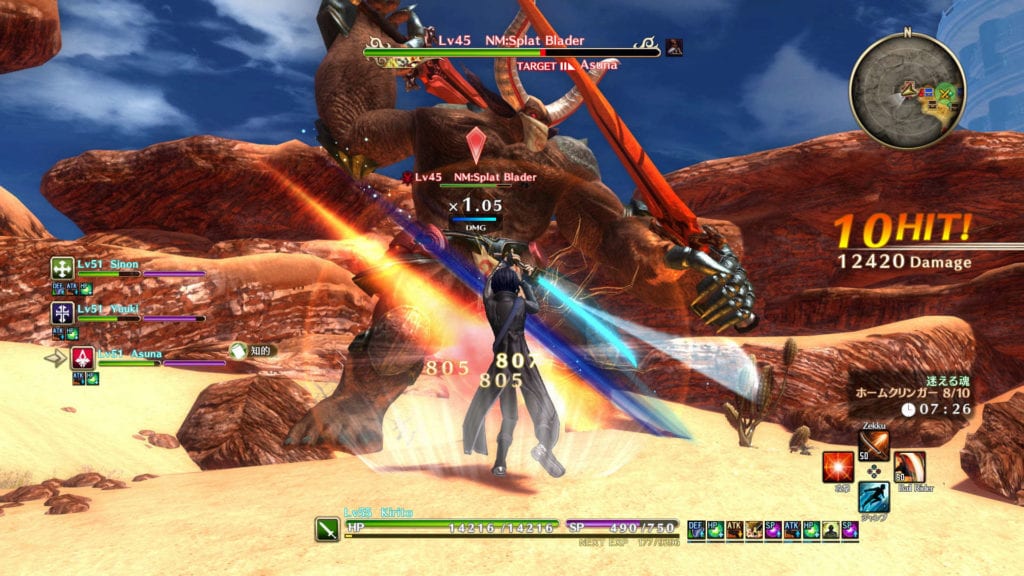 I sunk about a hundred hours into this game. There’s just so much to do beyond the main story, which, I’ll admit, was at times a little confusing. You definitely need to have some knowledge of the series in order to understand what’s going on. I was still confused and I’ve seen the anime multiple times. Regardless, it was really fun. The graphics are pretty good, there’s lots of cool monsters, several different maps to explore that are all awesome in their own way, and the soundtrack is spectacular. There’s so much to do post game including time trials in dungeons, random spawning of incredibly powerful monsters, and changing your focus and weapon to try something different and unlock new moves. There’s also a multiplayer mode, but I don’t have access to that and can’t account for the features it provides. This is why I easily spent a hundred hours on this game, and I still feel like I barely cracked the surface.

For fans of the anime, you should definitely pick this one up. If you’ve never seen or read the series, maybe you should check it out. Who doesn’t love and show about gaming?

My Year of Gaming: ‘Lego Batman 3: Beyond Gotham’