I got a Playstation 4 at the beginning of 2017 and it is the first time I have had a console since Legend of Zelda: Skyward Sword came out on the Wii. Naturally, I have a lot of catching up to do and my backlog is incredibly massive. During the course of a year, I played my way through 23 games, and I figured I would take the time to share a little bit about each game. Perhaps you’ve played them and want to hear another opinion, or maybe you’ve been holding off on investing in a particular game. Either way, it’s never a bad time to spread your love of gaming.

Set during the height of the Renaissance, Assassin’s Creed II (2009) follows Ezio Auditore da Firenze, a free-spirited young man who is thrust into the secret family business of assassinations following the death of his father and brothers. The story takes Ezio across Italy, from Florence to Venice and finally to Rome, as he hunts down members of the Knights Templar. 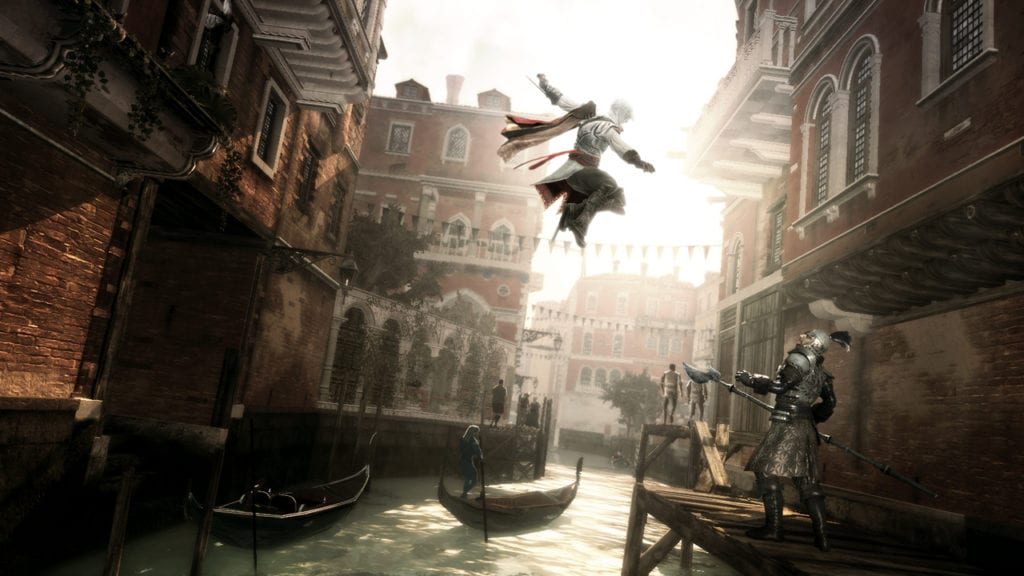 I think my absolute love for the series stemmed from my love of travel. The thing that Assassin’s Creed does the absolute best is make the world as immersive and real as possible. I’ve been to Florence and Rome. I remember climbing up one of the buildings in the game and thinking to myself that I had actually been there. I stood at the base of this massive structure that I can easily scale in the game. Assassin’s Creed also borrows famous people from history and it was cool to be able to interact with them, such as Leonardo da Vinci and Niccolo Machiavelli. It’s really fun to see how the game lore fits into reality.

The game looks great and is the fighting system is really good (very similar to the Batman Arkham games). Assassin’s Creed II walks you through becoming an assassin, learning how to blend in and scale buildings. It works really well as an introduction to the series if you don’t have access to the first game (which I don’t as there’s not a PS4 release). The only thing that might not make sense is the section of the game that takes place in present day. This story follows Desmond Miles, a descendant of Ezio, who’s past is being studied by an organization called Abstergo. This part is a direct sequel to events in the first installment of the series. Does it really make that big of a difference? No, not really. Desmond does some explaining at the beginning so it’s not absolutely necessary to know what happened to him. For me, my favorite part was playing as Ezio in Italy, so Desmond’s story was just kinda there. 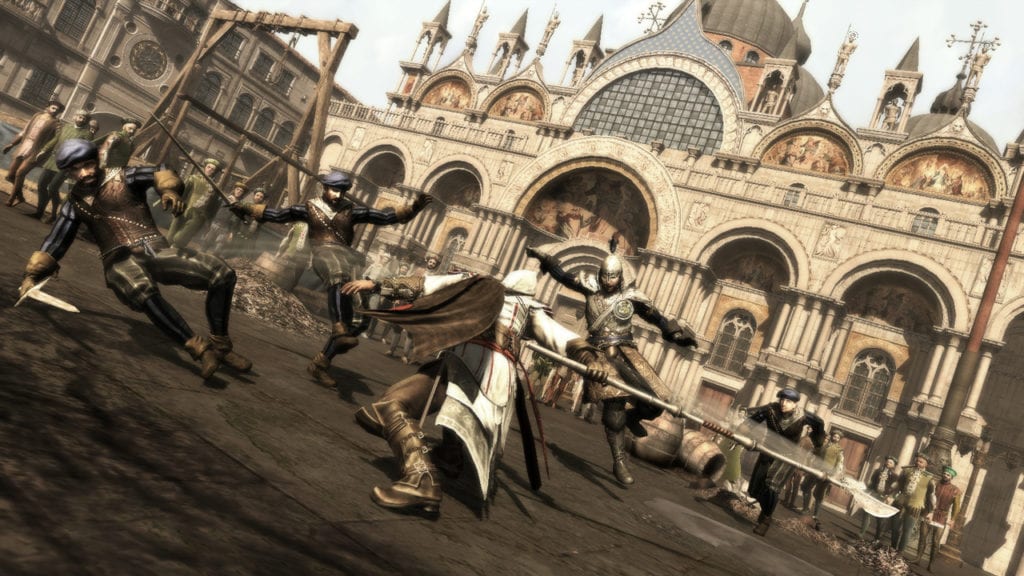 Assassin’s Creed II has a rich story, great characters, beautiful scenery, and it just a whole lot of fun. The game is more than just running around, swinging your sword and killing people, there are missions that require a lot of problem solving and patience. If you pick up the Ezio Collection on PS4 that contains II, Assassin’s Creed Brotherhood, and Assassin’s Creed Revelations, you have access to the complete version of each game, which means all the DLC is included. The content for II is built into the progression of the game and doesn’t feel like it’s some side-story. I didn’t even realize it was DLC at first. It was fun, but really challenging as an entirely new section of Florence is opened up for you to explore.

Overall, this is easily one of my all-time favorite games.

‘Assassins Creed: Rogue’ is FINALLY Coming to Next Gen Consoles!