We’ll be flying up, up, and away with a new Superman animated series! My Adventures With Superman is headed to HBO Max and cartoon network and is the first animated Superman series in forever!

It seems like it’s an awesome time to be a DC fan. This series was announced alongside a Batman series that is also coming to HBO Max and Cartoon Network. This is awesome news for DC fans! 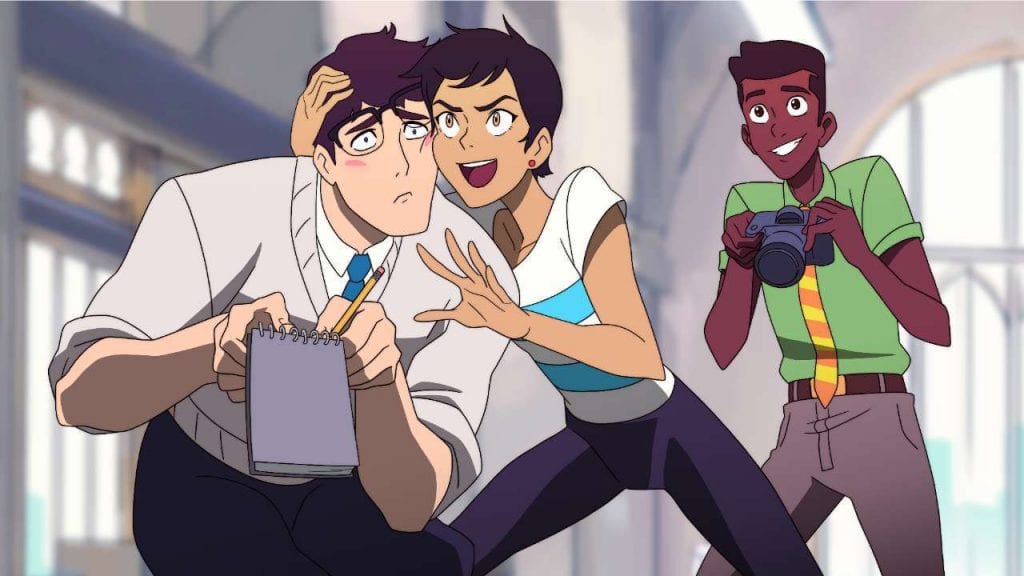 The series will have action, comedy, and romance! It will follow the adventures of Superman, Lois Lane, and their best friend Jimmy Olsen. This will be a tale of discovering who they are and what they can accomplish when they work together.

“Superman has remained one of the most iconic and beloved Super Heroes in the world,” Amy Friedman, Head of Kids & Family Programming, Warner Bros., said. “This fresh take from the Warner Bros. Animation team delivers a modern, relatable Clark kent alongside a fearless, whip-smart Lois Lane who are navigating the small tasks of both becoming adults and trying to save the world.”

The series will have a lot going on. They described it as a “serialized coming-of-age story”. Clark will build his secret identity as Superman and learn to embrace his identity as the hero of Metropolis.

Lois on the other hand is already well on her way to being the famous journalist we know and love. She takes Jimmy Olsen under her wing and will be teaching him the ropes!

We’ll also see Lois and Clark fall in love, as the show progresses. That makes it obvious that their relationship is going to be an important aspect of the show. Together, the two will learn exactly what it means to be Superman and Lois Lane.

The series will feature The Boys star Jack Quaid as the voice of Clark Kent/Superman and Zoey’s Extraordinary Playlist‘s Alice Lee as Lois Lane.

“It’s been a great partnership working with Cartoon Network and HBO Max to bring more DC Super Heroes to the platform in new and creatively interesting ways,” Sam Register, President of Warner Bros. Animation and Cartoon Network Studios, said. “This is the first animated Superman in many years and we want to tell our Superman story through the trio of Clark, Lois, and Jimmy – whose relationship dynamic will allow for rich, serialized, and engaging stories as we explore their lives as individuals and their journey together as friends.”

This is one we’ll be looking forward to as well, for sure!