Geeklings, I really don’t want to write this column and it’s not because of a lack of excitement. Quite the contrary my friends, I couldn’t be any more excited, but writing this preview column is admitting that this masterful season of Mr. Robot is coming to an end. That, that I’m not ready for. I’ve covered a number of different programs this year ranging from Rick and Morty to Game of Thrones and I can honestly say that Mr. Robot is among the years best. Season three has been a master class in storytelling and tension weaving through a universe filled with easter eggs and intrigue. Mr. Robot is a show that begs for your participation, you can’t lazily watch this, and if you give it your undivided attention then the rewards are endless. Sam Esmail has created a world very similar to ours, some might even argue responsible, and each episode is layered in a way that leaves you wanting more. Mr. Robot is a heavy mythology-driven show and with the season three finale upon us, it seems like we might be getting some serious answers.

One of the shows largest questions concern the idea of time travel or parallel universes, and while we have not been given a direct answer on the subject, jut allusions and shadows, it seems like Angela’s current storyline could make things a little more clear. From what we saw last week, Angela is a bag of cats. She’s truly lost it as she roams the streets of New York, talking to her fish, wheeling around her possessions. The 71 attacks have ruined Angela mentally as she keeps waiting for Whiterose to tell her everything is going to be alright. Clearly, Whiterose showed Angela something last season that changed the way she thinks. Suddenly being reunited with her deceased mother not only seemed possible but likely. Angela has gone all in on whatever Whiterose used to manipulate her and now without the payoff, she’s falling apart. It’s time that we get some clarity here. Did Whiterose show Angela a window to a different timeline or did she just play on Angela’s emotions enough that Angela believed she saw something that wasn’t there?

And where does Philip Price fall into all of this? Anyone else think that it was his people that scooped Angela up last week in the van? The relationship between the two has been shrouded in mystery, is it possible that we discover in the finale that Price is Angela’s actual father? Think about it. The reaction he has seeing her in last weeks flashback, hiring her to E Corp, the mysterious benefactor taking care of medical bills for her mother all those years ago. It all smells of Price and I wouldn’t be surprised if he pulls a Darth Vader tomorrow night. 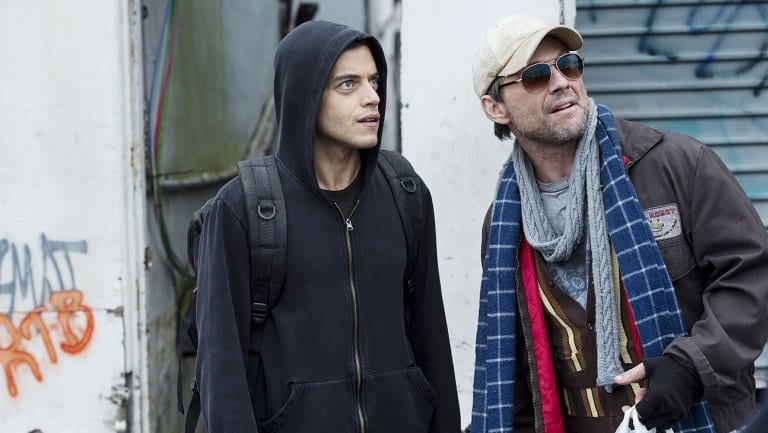 Angela isn’t the only one with burning questions looming overhead. Elliot has got his share too. For three seasons we’ve been made to believe that Elliot’s father pushed him out that window, Elliot’s our narrator and that’s what he believes ergo we believe it too, but what if he wasn’t? What if Elliot, or more importantly Mr. Robot, was responsible for the window incident? Could this have been an early suicide attempt by Elliot or the first attempt to seize control by Mr. Robot, who we know was around from a very young age? Mr. Robot was there when Elliot’s father died in the movie theater lobby, whose to say that he wasn’t there before that. I think in order for Elliot to heal and move forward this pivotal moment in his life needs to be addressed. The truth needs to come out because from everything we’ve seen from Elliot’s father, I have a tough time believing he pushed his son out a window.

Besides all these lingering questions we have plot threads to resolve. Darlene is in FBI custody having spilled the beans about how to reverse 5/9 even implying that she would work with the FBI to fix everything. Problem is Santiago works for the FBI and has now informed Irving of everything Darlene has just said. I’m not liking Darlene’s chances here as I’m sure the Dark Army is on their way, but we can’t discount super cop Dom. I have a feeling that Dom is very much on to Santiago and his dirty ways and fully expect her to come up big here. I’m not sure if it’ll be enough to save Darlene, whose fate might have been sealed in the vengeance pact earlier this season, but she’ll try and what more could we ask for from our super cop?

Elliot, on the other hand, has his own issues with the Dark Army and Whiterose. It seems that he is now in full control of the Dark Armies network and one has to believe that he can use that to his advantage. Can he take down Whiterose and the Dark Army by himself? Not likely, I’m still holding out for my “Avengers Assemble” moment, but he is capable of supplying the first crack in Whiterose’s armor. Don’t forget though that Grant has convinced Whiterose that it’s time for Elliot to die which has me worried about his future too. I don’t see another season ending with questions of Elliot’s survival so I think he’s safe, but you never know.

What I do know is that after a full season apart it’s time for Elliot and Mr. Robot to have an actual conversation. I think they’ll find that they’re actually on the same page. Mr. Robot is raging against the Dark Army for stealing his revolution while Elliot tries to undo what he perceives as a mistake in the 5/9 Hack. If these two could finally start working together it might be the moment we need to assemble a supergroup of characters consisting of Tyrell Wellick, Darlene, Dom, and Philip Price to take down the Dark Army. But how does this bridge get gapped? How will the two come together? I’m thinking with the access Elliot has to the Dark Army networks he might look up the Washington Township project, the one that resulted in the deaths of Elliot’s father and Angela’s mother, and find something that makes him question his past. What better way to get actual answers than by talking with your alter ego. This could be what opens the door to the truth behind the window incident.

And speaking of the Washington Township project… will the transferring of the plant to the Congo finally start before the season ends? If so what does it mean and is that the ultimate win for Whiterose? 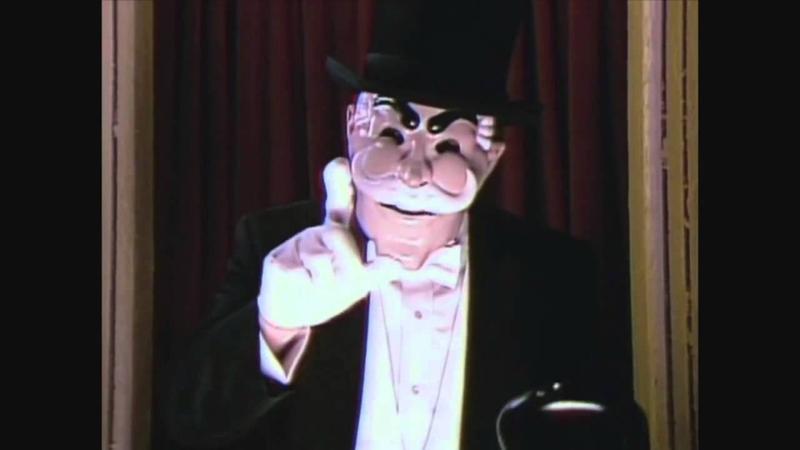 As you can see Geeklings there are a number of questions going into tomorrow night’s finale. I’m nervous and anxious but mostly excited to see how this season wraps up. I fully expect it to be a moment that not only leaves us begging for season four but with melted faces. I’m going to turn it over to you now. What are you guys expecting from tomorrow night’s season finale? Will we finally learn what Angela saw? Can we get some more backstory on Elliot’s past? Will Elliot’s Stage Three plan actually work? Will Darlene survive? Can Mr. Robot and Elliot come face to face before it’s too late? Sound off with your theories in the comments below or if you’d like to talk more Mr. Robot with me you can find me on Twitter @iamgeek32. I’m itching to talk theories and will be live Tweeting tomorrow night’s episode as well (mostly spoiler-free through the use of exclamation points and gifs) so pop on in and say hi. In the meantime enjoy the ride, have a paper bag ready in case you start hyperventilating, and remember to question everything. See you all tomorrow with the review friends.