We are at that point in the season where there are only three episodes left (sigh) and all roads are finally starting to converge. After, what some could argue, was a slow start to the season, Mr. Robot is looking to Kool-Aid man itself to the finish line. That was supposed to be a “break through walls” analogy but I’m not entirely sure if I nailed it. Ooooooooh yeah?

Now that we know that Elliot is the creator of Stage Two I guess the next move would be trying to get him to figure out what the hell it is. It’s clear that Elliot doesn’t have a clue but being the smart television viewers that we are we know that Mr. Robot does. How could he not? We discussed in last weeks review how Mr. Robot is bidding his time waiting to take full control, and operation glitch is the first real step. Once Elliot starts to doubt his ability to be in control he’ll most likely give the reigns over to Mr. Robot willingly, something that would have been pretty far fetched at the start of the season. But Mr. Robot has been working hard to gain his trust and it seems like that’s paying off. At some point Elliot is going to become a prisoner in his own body, and I wonder if the real battle will be Elliot vs Mr. Robot and Stage Two. It’s a theory.

That’s all down the line though. As of right now Mr. Robot is still willing to split time with Elliot which is fine considering they have bigger fish to fry. Joanna Wellick has arrived at his doorstep whisking him away into the night. I’m starting to wonder if Joanna is the big brains over here and Tyrell was just pawn. Don’t get me wrong, Tyrell clearly had an important part to play, but if you remember, a large part of season one was Joanna pulling the strings. I don’t believe she was apart of 5/9 but I’m starting to believe that she’s been involved in the blueprinting afterwards. I could see either Mr. Robot or Tyrell reaching out to her and giving her the run down. 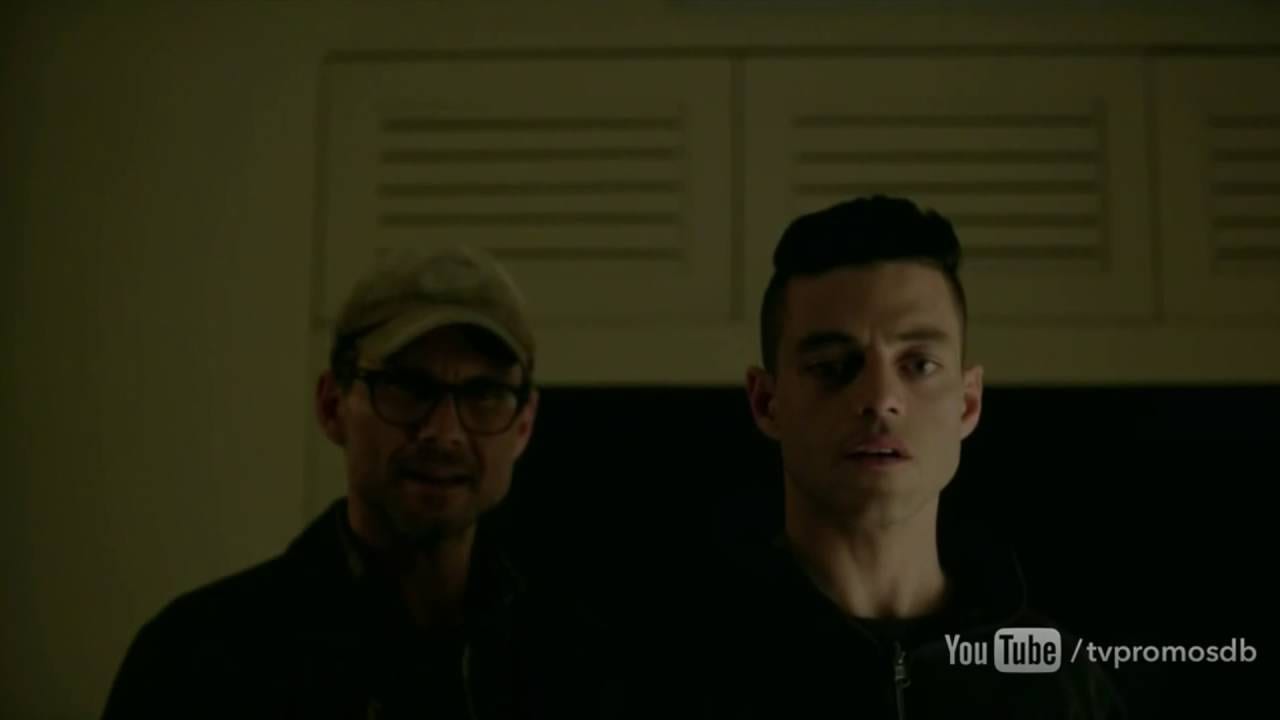 The Mr. Robot theory though is loose as he would have had to done it by phone considering she still thinks of Elliot as Ollie (unless this another character pretending to ignore the truth). The Tyrell theory might have some legs though. He could have told Mr. Robot how his wife is kind of an S&M loving mastermind and would have a way for them to move forward. Once Joanna was contacted and informed, Mr. Robot could have stashed Tyrell somewhere to hide out and work on the next part. It’s the only real explanation to why he has been missing this entire season!  This theory is being very loosely constructed in my brain right now but something tells me that Mr. Robot has made Joanna a big part of this.

With that all being said though we still have no idea what Stage Two is. Darlene is in freak out mode now that she heard the Dark Army talking about Elliot and Mobley and Trenton (#hackersinlove). Plus there’s that mysterious knock on the door (come a knock on my door…yes I know I’ve made this joke before). Last week ended with a few cliffhangers. The knock on the door being one of them (I think it’s Angela) and what Cisco found in the Hack Shack vol. 2 (maybe Mobley and Trenton…dead? Frown face #neverletgo). Everything is coming to together and simultaneously falling apart at the same time. Chaos in it’s greatest form.

If all that wasn’t enough, Dom has finally confronted Angela and gave her an out. Angela clearly is not smart enough for this type of work and she’s doing more harm than good. At this point I would be very nervous if I’m Darlene and the rest of F Society. Angela knows quite a bit and I wonder how deep her loyalty lies. I could see her trying to protect Darlene and Elliot buuuuuuut maybe not when faced with some jail time. I’ll be curious to see how this shakes out especially since the trailer alludes to Dom discovering Cisco’s apartment. Eeeeeep

There you have it Geeklings. There are only a few episodes left and things are starting to come together, a little bit. Mr. Robot is the type of show that when it comes together it also raises more and more questions. What do you guys expect to happen this week? The comments are all yours. Check you back here Thursday for the review.

Images and Trailer from USA