We spend a considerable amount of time on Mr. Robot concerned or focused on the mental state of Elliot Alderson. It makes sense, he’s our main character, narrator, and gateway to this universe. Yet, with all the time we spend in his mind it’s easy for us to forget that there are other characters on this show having their own existential crisis. Elliot may be the spoke that the wheel spins around but he is not the end all be all, and this latest episode of Mr. Robot went out of its way to remind us that there are a number of other characters searching for identity within Elliot/Mr. Robot’s massive shadow.

Take a look at Darlene, a character who has been spinning wildly out of control since the 5/9 hack. It seems that ever since Cisco died and the FBI grabbed her, Darlene is living in a house of cards. All it’s going to take is one strong gust of wind before everything comes falling down around her, and I think Darlene recognizes this to a degree. Her episode opening confession to being a part of the 5/9 hack and killing a woman has little to do with the thief who stole her wallet and more with finally saying these things out loud. Darlene has been burdened by her actions since the end of season one and with each passing hour, she falls deeper into the rabbit hole of self-loathing.  Her constant paranoia that the Dark Army is coming to kill her at any moment is only outweighed by her actions of betraying her brother. It’s almost as if Darlene feels that she’s not making her own choices anymore so her confession, while seemingly crazy to the thief, is Darlene taking control of her life again. 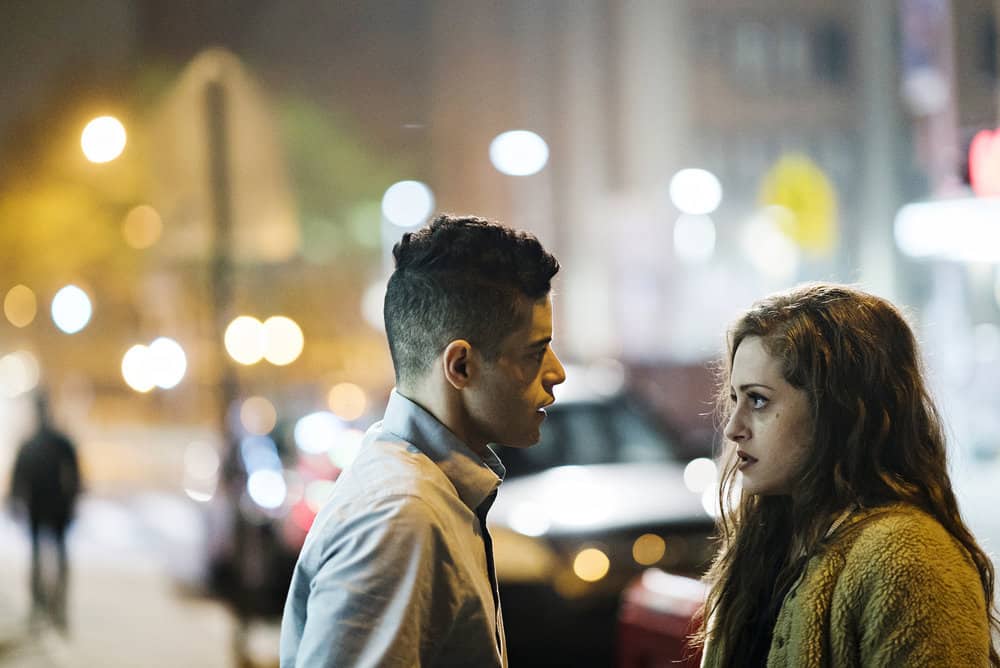 Elliot isn’t the only one who struggles with the construct of their family past, Darlene went through her own version of hell as Elliot was dealing with his demons. All she has to remind herself of what family happiness is an old polaroid picture and her connection with Elliot, but that’s coming to an end too. Darlene fully understands that working with the FBI is going to sever that tie, and it’s the hardest thing for her to bear. Through it all, Darlene understands that Elliot needs her, why else strike up a vengeance pact? Elliot asks her to keep an eye out for Mr. Robot transformations is just further proof that Darlene keeps Elliot from drowning in the abyss. Elliot, as smart and powerful as he is, still needs Darlene to anchor him to reality and Darlene does her best to do so. Yes, she lies to him throughout the episode saying she was hacking Mr. Robot to see if he was working on Stage Two, but it doesn’t negate the fact that she’s trying her best to be his sister. Just think of her shock when she sees Mr. Robot working with Angela. She’s clearly blindsided by the fact that someone so close to them could betray them so severely. Which makes Darlene feel even worse as she isn’t much different.

Angela has gone full heel this season though as we learned that she got Elliot the job at E Corp as a method to keep tabs on his actions, but no one seemed to notice that he was redirecting paper deliveries to factories all over the country. Some real nice work there Angela. Elliot has stopped being her best friend at this point and has become another piece on the board. Ever since Angela’s talk with Whiterose, late last season, she’s been focused on making sure Stage Two and Whiteroses’s plans go through. Angela is another one who is driven by family but unlike Darlene, it’s the family she never had. The family that was taken away from her by E Corp. There is no doubt that she believes Whiterose can alter time or change the past, this belief is possibly vindicated by Irving, and that’s what’s made her so willing to compromise her most important relationships. The hope or the belief that she can just reset it all. Why care about the people in her current life if she’s just going to go back and change everything? Everyone is a pawn but the thing is, Angela isn’t a great chess player. Learning that she has no control over Elliot’s actions she gets him fired from E Corp so Stage Two can go as expected, but she does so with the assumption that Philip Price doesn’t know who Elliot is. We are aware that Price knows who committed the 5/9 hack. Angela’s biggest problem is she thinks she’s being clever when she is clearly way out of her league.

What does firing Elliot achieve? It most likely appeases the fragile ego of Tyrell Wellick who is on the cusp of having a serious nervous breakdown. Seeing that Elliot isn’t the god he imagined has thrown Tyrell’s axis all off and a man with a god complex and no anchor is a dangerous thing. Luckily there’s Irving to kind of settle things down and plant the idea that if Tyrell is so concerned with attaching himself to a god then why not become one himself? If Tyrell can buy into this form of thinking it could lead to a drastic shift in character. Can that shift withstand learning that his wife is dead though? Doubtful. I feel that Tyrell is on borrowed time here. 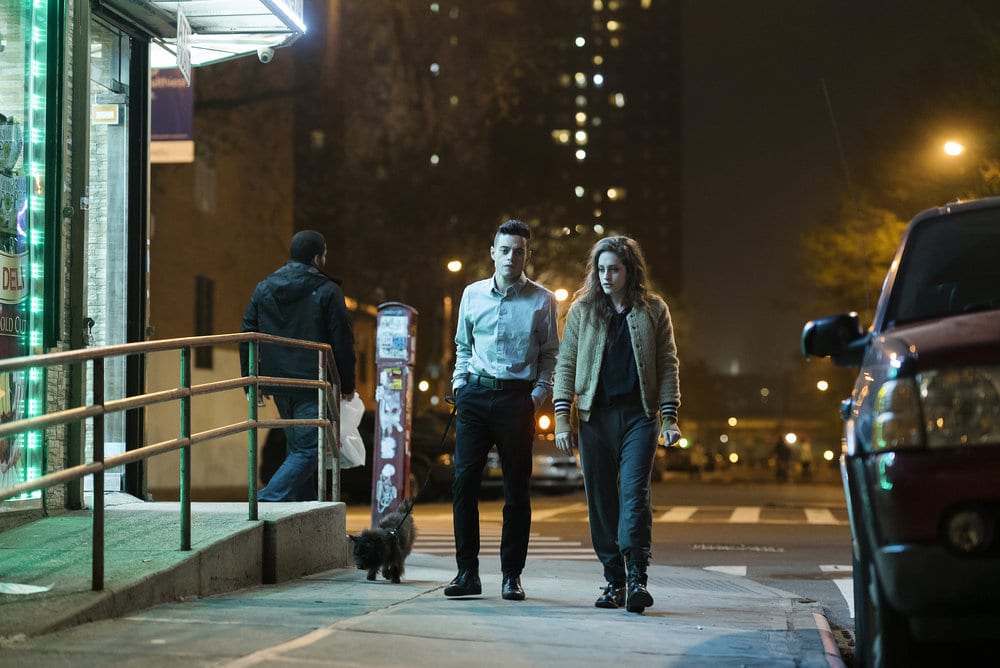 Much like Darlene who ultimately decides the best thing she can do is leave. The foreshadowing of a possible trip to Budapest and the leaving of her precious polaroid in Elliot’s apartment certainly imply that Darlene has left. Making her own decision. As she tells Dom in the bar, my favorite scene of the night as these two isolated souls form a bond, that she’s going to lose her brother anyway. Wouldn’t it be easier for her to lose him by her choice opposed by the FBI’s? Maybe in some way she sees it as being able to save their relationship?

This does raise the question of what will be left of Elliot when/if Darlene ever resurfaces.  For a moment he was able to shake Mr. Robot off and discovered Tyrell and Angela working together. Right as things are coming into focus Angela drugs him in the hopes that when he wakes up she can convince Elliot it was all an allusion. With no Darlene and possibly knowing that Angela is working against him, it becomes clear that things are going to spin wildly out of control for Elliot. Could this be the window that Mr. Robot is looking for to seize control? It might be essential for Stage Two.

There you have it Geeklings. What did you think of last night’s Mr. Robot? Are you worried for Darlene? Do you think Elliot can survive without her? Is Angela as badass as she thinks she is? Sound off in the comments below. If you’d like to talk more Mr. Robot you can find me on Twitter @iamgeek32. See everyone back her next week!