When I first started watching Mr. Robot I thought I was watching a brilliantly constructed show aimed at taking down the establishment. Singling out the elitist and showing us why they are what’s wrong with the world and the disadvantage they put the rest of the country in. Mr. Robot came across as a warning shot about a possible projection for our current state of living. How the greed and corruption and big corporations cared so little for the everyman that it was burying this country in resentment and debt. Creating a country that was looking to explode with revolution. We were provided a hero who chose to be the voice of the voiceless. A man who had enough of the greed and corruption and wanted to bring the world back down to a place where everyone was on equal footing. Attached to that man was a person who played host to this revolutionist and didn’t even know it. Elliot, a hacker who exposed criminals and dirtbags for the crimes they were committing behind closed doors, was looking to represent the everyman while his alter ego, Mr. Robot looked to destroy the system. One man, two personalities. It’s hard not to draw those Fight Club comparisons but together they formed the anti-hero the show deserved or needed to reach its message. Things had to change. 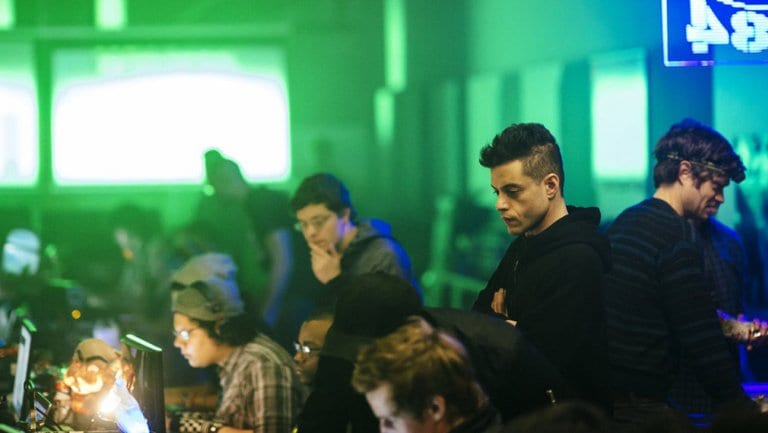 One of the greatest attributes of Mr. Robot was how centered in reality the show is. Yes, it was a fiction but it was a very believable fiction and that helped make it resonate. Was the idea of a hacker group attacking the world’s bank that far-fetched? Not really and the show thrived off the plausibility. Hell, I wish someone would hack away my college debt, that would be incredible. I’m not saying for anyone to do that but what I am saying is the show introduced an idea that was believable. A world without debt. What would that be like?

Now we’re in season three of Mr. Robot and not much has changed among the shows principal mission statement yet everything has changed. Last nights premier continued to expand the world after the 5/9 hack but also took the show and it’s mission statement and flipped it on its head in the most casually subtle way possible. Suddenly the show wasn’t only talking about change and revolution but it was talking about change and time. If you recall season two ended with the question “do you have the time” and it easily could have been perceived as a question used as an opening to kill two hackers on the run. But what if it was something more than just a throwaway line?

Think back before that question. Trenton and Mobley were currently talking about a way to undo the 5/9 hack and bring everything back to the way it was. It was easy to take these ideas as a return to normalcy by two people who were in hiding because of their involvement of the hack of the century, but what if it was more. Something more vast and epic. What if Trenton was talking about making actual changes to the timeline? Instead of changing what they had done what if they could go back and make it seem like it had never happened before? Maybe this is why Mobley didn’t want to look at her discovery because the very notion of the idea was too far-fetched for him to grasp. Suddenly, the “do you have the time” question has heavier implications.

Now I know that Mr. Robot is a show that has grounded itself in reality, to a degree, and alternate timelines or time travel may seem a little out of box, but let’s look at what was presented last night because I’m willing to argue that the season three premier offered a number of windows to the possibility of physically changing the timeline. The opening itself gave us a tech worker who was talking about parallel universes and how each decision we make creates a new universe and so on and so forth. We then shifted to White Rose, who has frequently spoken about her obsession with time and its importance, looking at a machine that looked like something more than just a power generator. It wasn’t until the episode had concluded and I had gone back that I understood that whatever this machine is it’s instrumental to the ideas of time travel or accessing different realities. Suddenly Mr. Robot took a new turn. 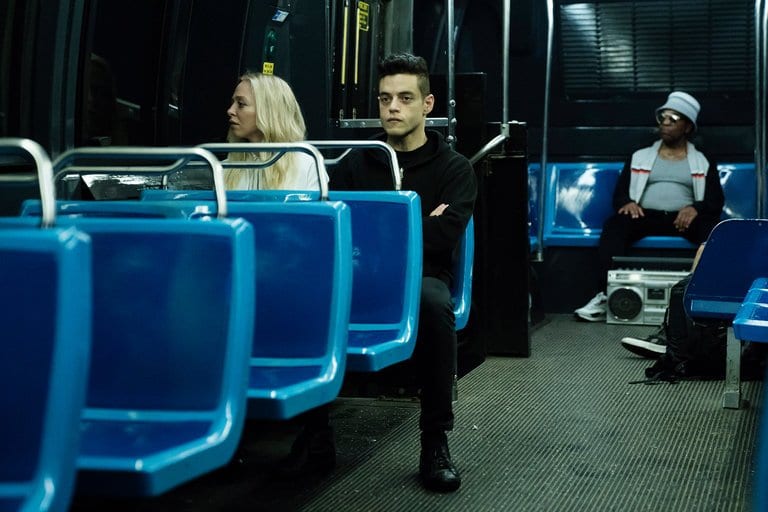 Look at the episode itself. Angela, who I would say is thriving in her new role with the Dark Army, spoke numerous times of going back and preventing things from happening. Like the death of her mother through working with Evil Corp. She wasn’t just focused on bringing them down to avenge the past but she was focused on actually changing the past. Elliot spent the majority of the episode wanting to change what was done in the 5/9 hack, by closing the backdoor to Stage Two of the mission, but it was on a surface level. Elliot wanted to clean up his mistakes and bring the world back to what we’ve known. Why though? Because he has a vision of what his actions may have done. A vision that speaks of a world that’s fallen into submission leaving the door open to repression and weakness. A vision that could open the door to Trump being President of the United States. Within the show, this vision would be an alternate reality, one born from choices made during the 5/9 hack (?), because these characters currently live in 2015 where Obama is President. Does Elliot’s soliloquy, masterfully performed by Rami Malek, open a window and give the audience an actual glimpse at one of these alternate realities discussed at the start of the episode?

Here’s the thing though, these large science fiction ideas were hidden within the context of the show. If you don’t know by now, Sam Esmail layers Mr. Robot so masterfully that even ideas of time travel and parallel universes get hidden behind the events that are actually happening on screen.  Take for instance that incredible tracking shot in the Hacker Olympics layer. Holy crap was that chaos beautiful and watching the paranoia of Darlene come to the surface so quickly is a testament to just how deep in the skin of this character Carly Chaikin is. How about the fact that Angela is the only person who is able to tell Elliot and Mr. Robot apart because she notices that Mr. Robot isn’t afraid of eye contact. Then throw in the fact that we are now actually getting to see Mr. Robot interact with other characters as himself. This is the first time we’ve seen him present without Elliot and he comes across as cool and calculating. A man on a mission. We also saw an Angela who could possibly use Elliot’s love for her as a weapon as she easily betrays him by allowing Mr. Robot to re-start Stage Two. Then throw in Bobby Cannavale’s mustache and it’s easy to miss that season three of Mr. Robot is looking to possibly change the entire dynamic of the show. That season three is looking to change everything about everything.

When the episode ended I was left with a few images in my head. Clearly, the idea of time travel but most of these images concerned Elliot as our would-be hero. Look at the way he was presented this episode, as a man who was free of burden. He believes the bullet that almost killed him may have wiped out Mr. Robot entirely (wrong). He believes that he’s surrounded himself with people he can trust (also wrong). Elliot thinks he’s in control and this might be his most dangerous disillusionment yet. Because what happens when Elliot finds out Mr. Robot is working with Angela and Stage Two is a go? Did you notice that during Elliot’s big soliloquy that he was going back and forth between talking to us (voice-over) and actually speaking aloud to us? I think that’s the first time that’s happened but what does it mean? Is Elliot finally whole or is he falling apart in ways we haven’t seen yet? And when he finds out what’s been happening behind his back, will he be willing to change time too? 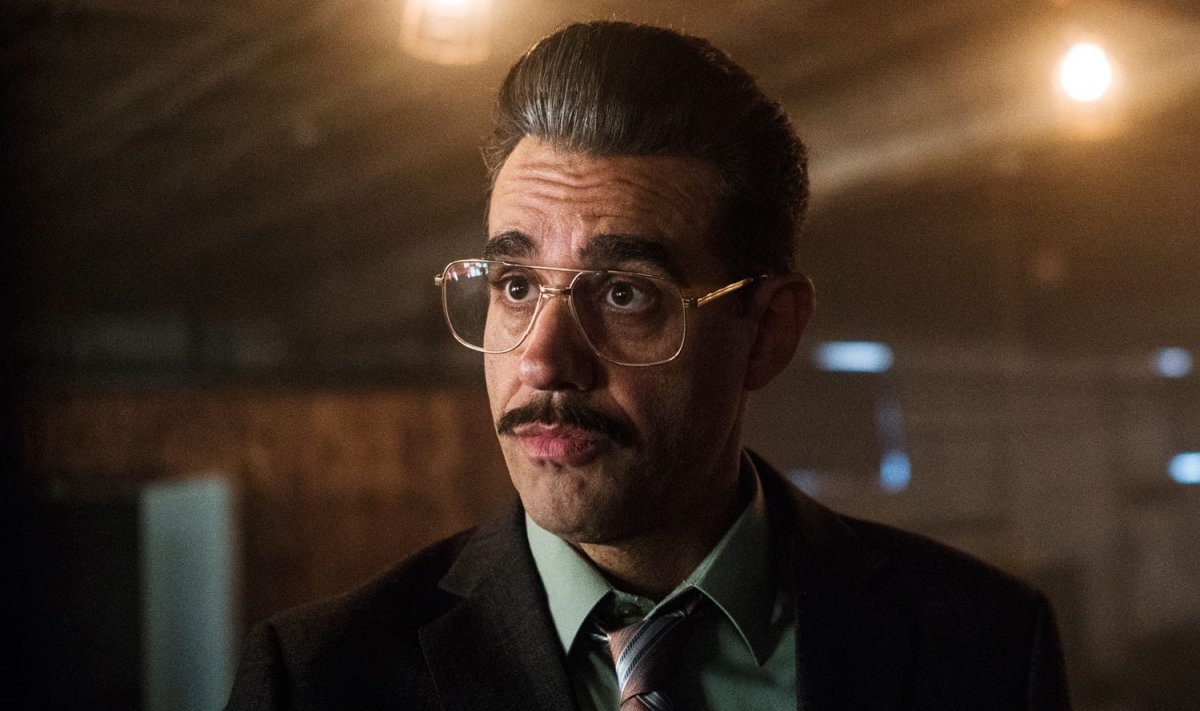 Phew, there you have it Geeklings. I know, there is a lot to digest here but that’s what we expect from this show, isn’t it? What did you think of the premiere of Mr. Robot? Do you think that the show is actually introducing some serious science fiction elements to the narrative? How do you feel about Angela aligning herself with Mr. Robot? Do you think Elliot is more doomed than before? Sound off in the comments below. If you’d like to talk more Mr. Robot with me then you can find me on Twitter @iamgeek32. See you all next week. Keep those theories coming!