Last week’s episode of Mr. Robot was arguably the best of the season and helped reset the board while ripping the floor out from underneath us. Picture any evil amusement park ride that just suddenly drops for no reason other than it hates gravity and the lining of your stomach. I know we’ve all watched a good deal of television and understand the formulas. Even the best of shows follow a loose outline of the TV formula. Not that that’s a problem because if the product is excellent we don’t even notice. With that being said conventional TV wisdom teaches us that the episode after the twist is where the story and the characters start to pick up the pieces. Well, Mr. Robot is not a conventional television program and responded with an episode that didn’t even touch on the twist. Like it pretty much ignored the fact that it’s a thing #effthetwist. For any show that’s a bit of a gutsy play. Put something on the screen that gets people talking, and then ignoring it the following week you run the risk of maybe pissing some people off. Yet, Mr. Robot either doesn’t care or is so confident in the story they’re telling that taking a week a way from the twist helps strengthen the product. And Geeklings, they nailed it.

Elliot doesn’t appear in this episode once. There are no visuals. There is no voice over (which I’ll touch on later). The only thing we get concerning Elliot is a name drop from DJ Mobley during a flashback where him and Trenton get brought into F Society. Outside of that we get nothing. No one mentions the fact that he’s in jail. No mentions what he’s in jail for. With all that non mentioning one could wonder if Elliot even really exists or that maybe everyone, outside of Darlene, has no idea that he’s in jail. Maybe they think he’s just holed up somewhere cracking out. It’s possible. With Mobley going into super paranoid mode one would have to believe he would have skipped town much earlier if he knew their fearless leader was in the clink (sorry, that’s just a Michael Scott influence right there). 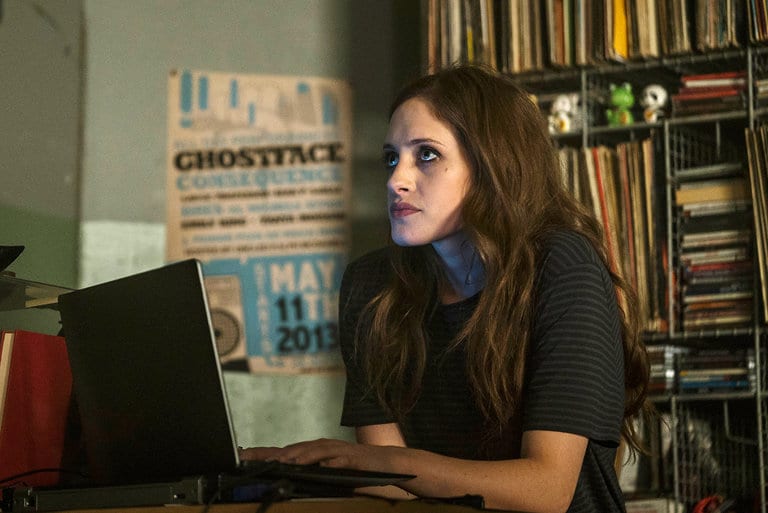 It’s not like F Society has all the time in the world to dwell on Elliot’s incarceration with the walls of the FBI and possibly the Dark Army (question mark) rapidly closing in on them. But when the FBI is breathing down your neck it leaves you with only one logically avenue to make things better… hack them and post the audio of a conference call where agents discuss how people’s rights don’t matter and they’re going to be spied on until 5/9 is solved. What’s poking the bear, right? Well it sort of works as the audio and new F Society video is every where sort of handcuffing the Feds.

While the hack and leak (the name of my first R&B album) eases some of that FBI pressure (but not really) it opens the door to sloppy behavior as Susan Jacobs returns home unnoticed in the midst of a super hack. I think this is where some of Elliot’s leadership is missed as Darlene is being pulled in so many different directions. It was one thing when she was working as Elliot’s enforcer, handing out orders, but once she starts giving those orders things start getting missed. Like the arrival of the home owner to your latest Hack Shack. Got to keep your head on a swivel F Society. Come on, you’re better than that.

Well if Darlene was responsible for allowing them to get into this mess then she was instrumental in getting them out. Of all the F Society members she was the only one who kept a level head trying to come up with a plan to blackmail Susan into silence, and while some info was found, it was not enough. It was Darlene who decided, by herself and without speaking with the others, how this situation needed to be handled. Hell, we knew there was only one way for them to get out of this and Darlene was the only one capable of shouldering that burden.

The choice to kill Susan Jacobs was logical and sort of tragic as it now makes F Society murderers which I guess is a step worse then being global internet terrorists. What I liked about her death (not that death is good but from a story stand point) was what it did to Darlene. We were given a little more depth on her character as we learned that maybe Elliot isn’t the only one who wears the scars of their father’s death. No one in their right mind would say Darlene is put together well but when compared to Elliot she comes across as super sane. The thing with her though is she hides her pain and tries to pretend that it doesn’t exist. She buries it with hacking, drugs, sex, and flashy sunglasses making her almost immune to the fact that pain exists. She tries to become an outsider to her own feels, and this week some of them come pouring out.

Hearing her state that she recognized Susan from the E Corp trial and that she remembered her laughing with the victory was haunting and heartbreaking. Darlene has her own demons and one would like to believe that she exercised one of them by zapping Susan Jacobs in the pace maker. I really don’t think the guilt is going to eat away at her because she feels justified. Elliot has a projection of his father to speak to despite the fact that they’re not always on good terms. Darlene just has her demons and her distractions. Maybe this murder could help restore some inner balance? You hate to view a murder as a good thing but who knows what this could open up in her character.

Needless to say after the murder, which Darlene plays off as an accident, the band has to get broken up and everyone goes their separate ways. Mobley pays someone to go into his house to make sure the coast is clear only to get picked up by the FBI a couple of minutes later. D’oh! Trenton goes home and asks her parents if they think they should move out of the city. They think that’s a dumb idea. Oh, and then the Dark Army drives by her house (didn’t feel like the FBI). That’s cool and not scary at all.

With F Society leaking that FBI conversation they really don’t have a leg to stand on, and despite Dom’s best efforts she has to release Mobley back into the wild. I would have pegged him as the one to break but my man stayed strong and only asked for a lawyer. On his way out he texts Trenton that everything is falling apart and they need to run away. I can’t be the only one shipping for these two. Trenton finally understands the realness of the situation and agrees to meet up with Mobley to escape but he doesn’t show. One has to believe that he got picked up by the Dark Army who might be in clean up mode before phase two begins. 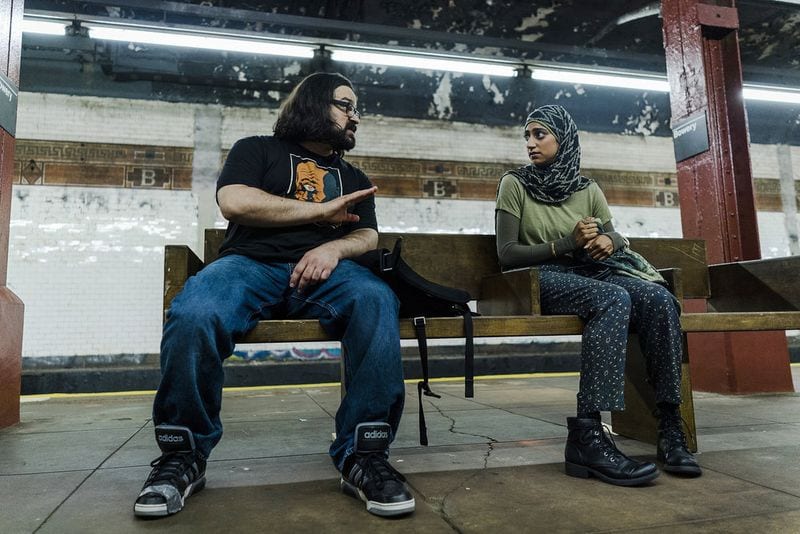 To further this theory Darlene discovers that Cisco (not the one from The Flash although I think he’d be right at home in this universe) is giving the Dark Army Darlene updates. That’s not cool. She waits for him to get out of the shower to discover she’s smashed his lap top and then wacks him in the face with a bat. End of episode.

After the shoot out in Japan it’s nice to see the Dark Army back in action even if it means they’re trying to kill our favorite hackers. I assume kill. If there is a phase two, like Whiterose has alluded to, then maybe the Dark Army needs F Society. If freeing Elliot from prison forces him to work with the Dark Army wouldn’t you think supplying him his team would be the best way to get him to corporate? That’s just some logic hacker theories right there.

Here were some other things I picked up during the episode-

There you have it Geeklings. Another awesome week of Mr. Robot is in the books. I’m trying to find a way to make these reviews shorter but there is just so much to cover. I could sit here and type for hours. Not all of it would be coherent but it would be super fun. If you have theories or ideas the comments belong to you. In the mean time I’m going to load up the Telltale game on my phone because I can’t get enough of this universe.