Mr. Robot took a bit of an unconventional route this week with season three’s third episode. After laying the groundwork for what we should be expecting this season it would have made sense for the show to continue building the overall story arc. We ended our last episode with Elliot in Darlene’s safe house with the FBI as they watched above, but instead of picking up that thread, Mr. Robot went another way. No one has ever accused Mr. Robot of being a conventional show, hell, last year they shot an episode like a 90’s sitcom with special guest star Alf. Instead of focusing on the shows present we went all the way back to it’s past, the season finale of season one in fact, and finally received some answers on what happened the night of the 5/9 hack. And guess what, the outcome was tremendous. Mr. Robot provided another stellar episode to its third season that not only bridged gaps for seasons one and two but also solidified a new character (Irving) as if he’d been a part of the show since the start. 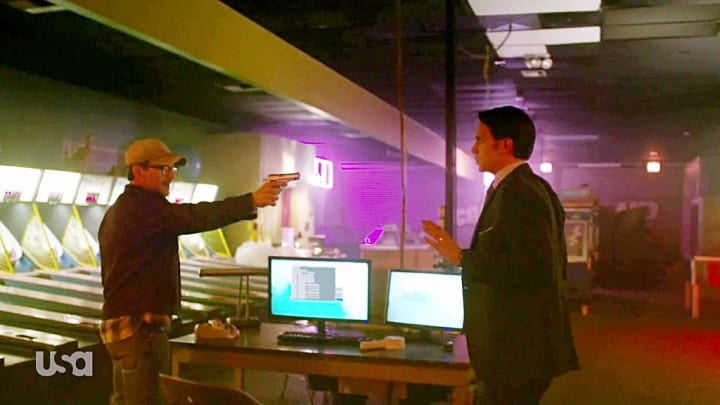 When push comes to shove it seems that the majority of the beef with season two, besides a slower burn story model, was we didn’t receive all the answers we could have. There was no question that there were some serious story threads just dangling out there and fans started to grow impatient with the lack of answers coming their way. How could a character as seemingly important of Tyrell Wellick just drop off the face of the earth for an entire season with no explanation on where he was or what he was doing?  The arrival of Wellick for the season finale only seemed to irritate some viewership more because there were no answers given to where Tyrell was coming from while thrusting him into the most pivotal aspect of the narrative. “eps3.2_legacy.so” not only delivered on those questions but made the events of season one and two seem even more important.

Immediately following the 5/9 hack Mr. Robot pulled the gun from the popcorn machine and attempted to kill Tyrell Wellick. The trigger was pulled and everything. Except, the gun jammed (damn squibs) and never went off thus allowing Wellick to live and plead his case for survival. Here was a man obsessed with serving the greater good, a man who was afraid to act as his own man. Everything we know about Tyrell is that he’s subservient to a fault. Whether it’s his wife pulling his strings or his constant need to follow Elliot, Tyrell is obsessed with serving and the fact that the gun doesn’t go off allows him to plead to Elliot/Mr. Robot that the universe isn’t done with him yet. The fact that the gun didn’t go off just means they have more work to do. And before Mr. Robot can decide whether to attempt to shoot him again or not, Irving shows up to usher them out. You see, Wellick messed up pretty bad by leaving the backdoor server in E Corp and it’s because of him that that FBI is tipped. In fact, I would go so far as to say that Wellick is responsible for the entire plan falling apart. If you recall, he was never aa part of the original blueprint for 5/9 but somehow weaseled his way in due to his hate for the corporation that didn’t see his promise. That’s why Mr. Robot tries to take him out. How can you work with someone that unstable? How can you trust them? You can’t. 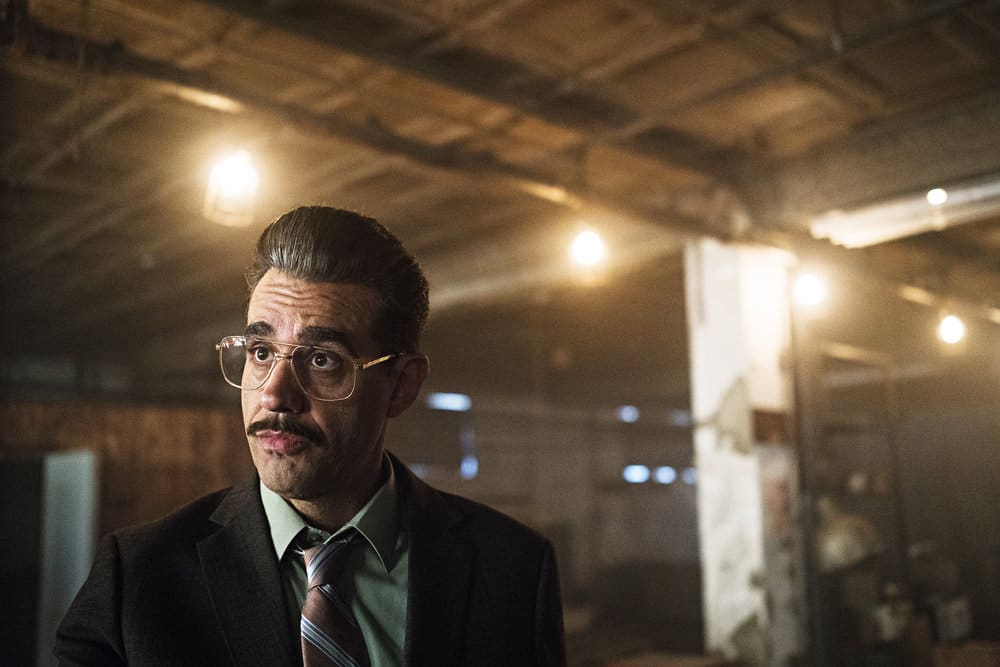 We haven’t seen much of aspiring author, Irving this season but everything we have seen I’ve loved. It’s difficult with established shows to introduce new characters in the hopes that the audience will connect with them, but with Irving, Mr. Robot came up with a way to make him integral to the fabric of the narrative. By placing Irving in the arcade the night of the 5/9 hack he no longer becomes a new character but a character who seemingly has orchestrated some of the shows largest moments. Using him as Wellick’s connection to the outside world further explored his importance to the structure of Mr. Robot. It’s clear that whatever Irving’s role within the Dark Army is, it’s important. He has been tasked with some very large jobs, whether it’s saving Tyrell by sending him upstate, helping to prevent him from going to jail when he goes on the run or cleaning up the Elliot getting shot moment, Irving is a key figure to the Dark Army. I would even suggest he’s even more important then what he seems. Bobby Cannavale just eats up the scenes he’s in and has been such a welcomed addition to this cast. You can tell he loves wearing whatever skin Irving needs to put on. Whether it’s being the hard ass giving relationship advice to Cisco or the compassionate moral supporter lying about making jiffy pop with his son. Cannavale effortlessly owns the character.

Yet, despite the importance of Irving this episode truly belonged to Tyrell Wellick. Choosing to place him in a home upstate without any real human connection allows us to get a deeper dive into the psyche of the character. For starters, we’ve always suspected that Tyrell was a bit crazy and his time spent alone didn’t do much to dispell that. We learned through an intense Dark Army interrogation that Tyrell is a horrible liar, suffers from extreme daddy issues, and is a broken man who will follow anyone who is willing to show a little faith in him. Just look at the two interrogation questions “have you slept with someone outside your wife” and “have you cheated on your wife”. These would seemingly be the same answer but for Tyrell, they’re two entirely different questions. After being broken down he eventually admits to sleeping with others while being married, but when it comes to cheating on his wife Tyrell says he hasn’t, and he’s not wrong. All his extramarital activities were committed with his wife’s encouragement as she sought a strong, wealthy, successful man…. by any means necessary. All those actions though, murder and deceit, lead Tyrell to his isolation. They didn’t work because he isn’t a strong man. He didn’t get the promotion with E Corp and lost everything he thought to be important even his wife if the internet is to be believed. When all that was gone he throws all of his stock into Elliot. Here was a man who had a super ambitious plan to change the world and Tyrell felt like he was needed. When he says he would always be loyal to Elliot he’s not lying. Elliot is God. Elliot is the father figure. Elliot is the structure that Tyrell strives for. He’ll follow Elliot until he finds someone new to pull his puppet strings. 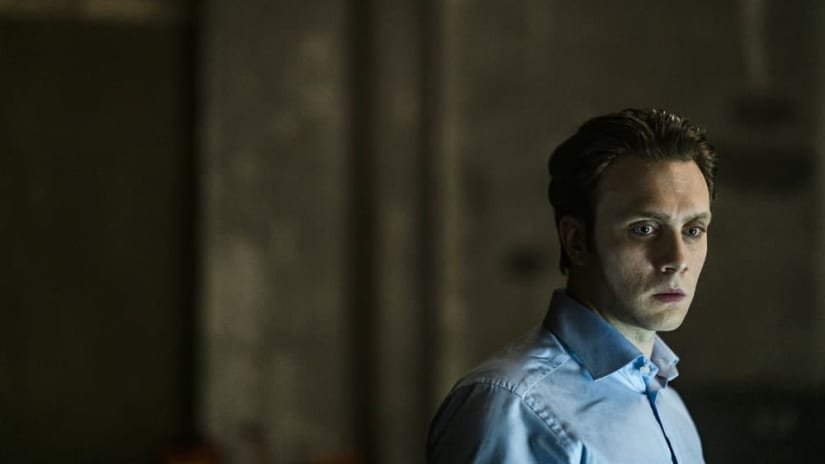 Tyrell Wellick is a weak, shallow, selfish, man who gets exposed by his time spent upstate as both a liar and one who lacks a spine. This doesn’t make him uninteresting though or unlikable. I have a great deal of sympathy for the character that I can’t really explain. He’s just so lost. In fact, the work done within this episode added a great deal of depth to a character who did some really questionable things during season one. His impatience allows a local cop to get killed, watch out cause there’s a Dark Army informant in the FBI, and his misconception of who Elliot is screws up Stage Two. Tyrell Wellick is a mess, but he’s an interesting mess. Where does he go from here now that he sort of knows that Elliot is two people? Can he handle that or will the duality of it all force him to look for a new puppet master? More importantly, how will he handle the death of his wife? Will it even matter as long as he has Elliot? Tyrell Wellick is an extreme wild card which makes him such a curious character. He’s like a bomb waiting to go off. A train wreck, if you will, and it’s hard to take our eyes off of him.

Before I leave you I’d be remiss not to mention the scene with Whiterose. While this episode explained just where Tyrell has been it also weaved some new threads into our possible time manipulation theory. Whiterose and the Dark Army seem to have their hands into everything, and why wouldn’t politics be apart of that. Through her access to the media, having a popular television host in her pocket, Whiterose implores the personality to push Trump as a presidential candidate. Adding fire to the idea that we are currently living in an alternate timeline that Elliot created with the 5/9 hack. Elliot alluded to this timeline himself through his fantastic speech in the season premiere. Whiterose doesn’t do anything by accident and I’m starting to believe that all her actions, or strings, need to come together to bring about ultimate chaos. A world so out of order that it allows the possibility of time alteration or the escape to parallel universes. Tearing the world down to provide a brighter tomorrow? Wouldn’t it be something if Whiterose is allowing all these events to move forward as an experiment to see if parallel universes are real? I haven’t fully shaped this theory out but I think it’s got legs. 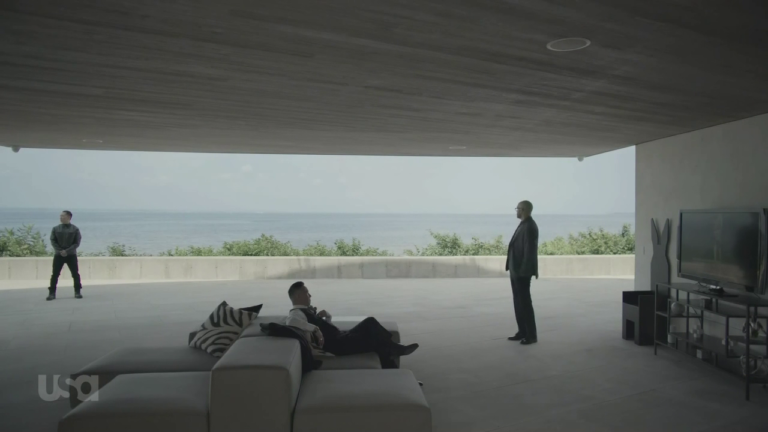 There you have it Geeklings. What did you think of last night’s Mr. Robot? Were you satisfied with where Tyrell has been since season one? Were you impressed with how excellently the show tied all the seasons together? How important do you think Irving is to the Dark Army? Is Whiterose really responsible for getting Trump elected? Sound off in the comments below. As always, if you’d like to talk more Mr. Robot with me you can find me on Twitter @iamgeek32. See everyone next week. Question everything!