Mr. Robot hits the halfway point of season three tomorrow night and it looks like we’re in for one highly important crazy episode. With no commercials! That’s right, episode five of Mr. Robot comes at you with zero interruptions leading me to believe that the tension is going to be through the roof and the outcome extremely important. If the trailer is any indication then it looks like the landscape of Mr. Robot is going to take a dramatic shift… but how?

At this point in the show we’re told that Stage Two is going to be put into action on a Monday, which in show talk was only a few short days away, with Tyrell working overtime to clean up Elliot’s mess, Angela getting Elliot fired from E Corp to keep him from screwing things up, and Irving… eat ribs for breakfast. I kid, I know that Irving’s role is much larger than that but it seems that the expedited scheduling of Stage Two isn’t just to get it done but to catch everyone off guard. The FBI, with the help of Darlene, knows that something is coming the problem is no one knows when. If the Dark Army can act swiftly they have an excellent chance of throwing the world into chaos, and it seems that that’s something Whiterose is striving for.

Last week we saw a lone F Society member get arrested and questioned by Dom giving nothing up, and while little was given about who this person is, I can’t help but think he is more than just a random arrest. Sure, the FBI is investigating and going through the ranks but this guy seemed to know he was going to get arrested. I can’t help but believe the phone ringing was some sort of warning that the FBI was coming. What if this guy was supposed to be arrested in order to draw the eyes of the FBI in one direction so Stage Two wouldn’t have to worry about FBI presence? Maybe he was arrested in order to help infiltrate the FBI so the Dark Army can destroy whatever files Dom and company have on them. All theories, but nothing in Mr. Robot is random and this arrest has been irking me since last week.

Now here’s the thing, what if Stage Two isn’t just the bombing of the E Corp paper trail? As of right now, all those records are scattered across the country, thanks to Elliot, and even with Tyrell working his God complex into overtime, I’m not entirely sure all of those documents will arrive in time for Stage Two. Could it be possible that what we know about Stage Two is a lie? That the Dark Army has been using Mr. Robot, Tyrell, and Angela to prep something that holds little significance to the actual plan? Just look at this trailer, it certainly seems that the Dark Army/F Society is causing some sort of full-scale riot. Are they trying to lead a revolution thrusting the world into further chaos or is this another distraction from the larger objective, and if so, what is the larger objective? Could this be the episode where we get our first glimpse of alternate universes and/or time travel? It’s hard to peg what the Dark Army is up to when our narrator no longer has control of his alter ego, and whose to say that Mr. Robot knows all the plan. Why would Whiterose tell Mr. Robot/Elliot anything when they clearly know that he can’t be trusted? 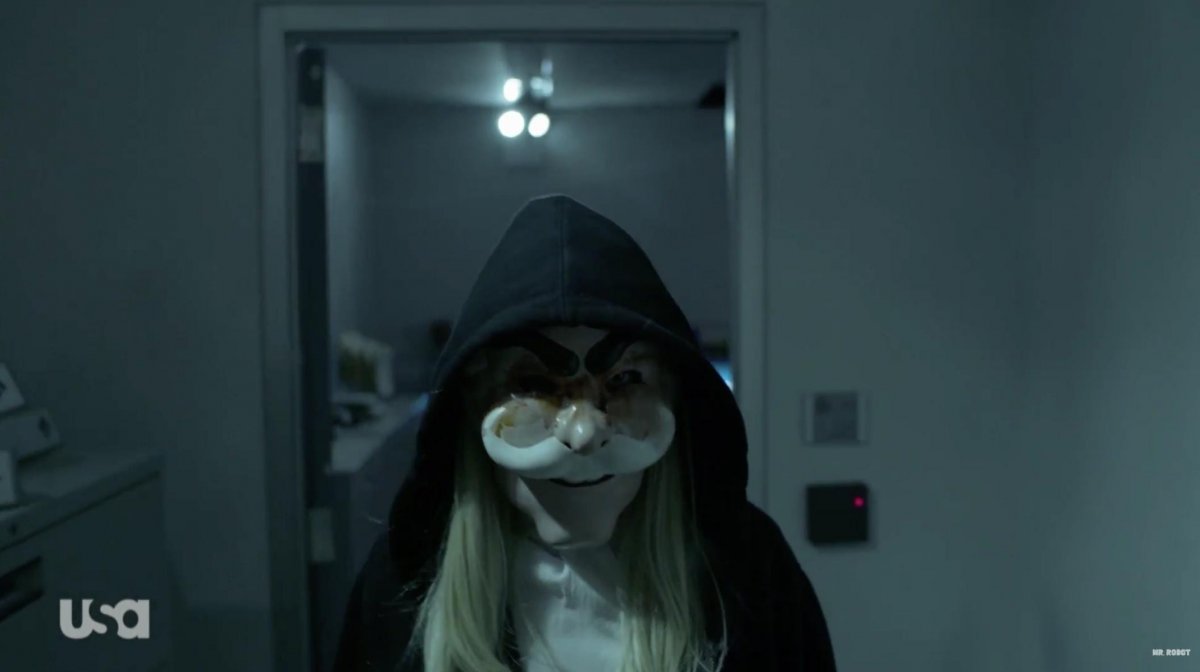 It’s quite possible that everyone within this group has a different objective, why else would you bring Angela in? She’s got access to E Corp which means that she holds importance but is it really just to direct those records to one central location? Maybe she knows more than she’s letting on? It’s quite possible that Angela ranks highly within Whiterose’s Dark Army but a large part of me just believes she’s going to become a patsy. A fall guy if you will. Why else does Whiterose tell Phillip that she’s been working for her if not to plant the idea of blame in Phillip’s mind?

Where does Elliot fit into all this? Well, he might have an idea that Angela, Tyrell, and Mr. Robot are working together but Angela drugged him before he could figure out what was what. It might be easy for her to persuade Elliot into believing that it was just another psychotic allusion, but will Elliot buy it? Maybe, but we know Darlene saw Angela talking with Mr. Robot, and while she may have gone on the lam last week, maybe she has one more piece of advice for her little brother before taking that trip to Budapest.

All I know Geeklings is I am all types of pumped for tomorrow night’s episode. Season three has been filled with masterful storytelling, and eff bombs, and I’m excited to see what Sam Esmail and company have up their sleeves for an uninterrupted hour of television. What do you guys think? Is Stage Two what we believe it is or is it something else? Do you think tomorrow night changes the landscape of the show? Throw your theories at me in the comments and if you’d like to talk more Mr. Robot you can find me on Twitter @iamgeek32. I’ll be there tomorrow night with some non spoiler Tweets. Expect tons of gifs. See everyone tomorrow with my episode review! Question everything!