Last week saw Rami Malek bring his acting A game as Elliot (a name I have been spelling wrong all season. My bad) tried his best to push away Mr. Robot. Granted his only plan of attack was not sleeping, and yes an ass load of pills can help you stay up for awhile, but at some point your body is going to shut down. That would be the moment that would make me the most nervous as Elliot. What would happen when he woke up from that crash? Would Mr. Robot be fully in charge? Luckily that’s a problem we’re not going to have to deal with… yet.

Based off this trailer it seems that it’s time for Elliot and Mr. Robot to reach some sort of peace accord, and what better way than through a game of chess? How is that even possible when each player shares the same mind? It sounds like playing tic-tac-toe against yourself. Which can be all types of frustrating… not like I would know.

As of right now I trust Ray, or as much as you can trust anyone in this universe, and believe that he could be a solid mentor for Elliot. With that being said though, I still feel like there is something that he’s keeping hidden. While he may have Elliot’s best intentions in mind I also believe he needs him, and what’s the point of getting the help if the person helping you is visibly going insane? I like Ray’s techniques of trying to stay sane, but I’m not sure if that can really work here for Elliot. While Ray misses the presence of his wife, Elliot just doesn’t want to see Mr. Robot again. In a lot of ways he feels that Mr. Robot is the root of all his problems, but again there’s no way that the two of them can co-exist without making some sort of peace. Otherwise Elliot will constantly be on the defensive. While there are tons of problems swarming over Elliot and F Society none of them can be addressed until he figures out how he’s going to live with his imaginary friend. 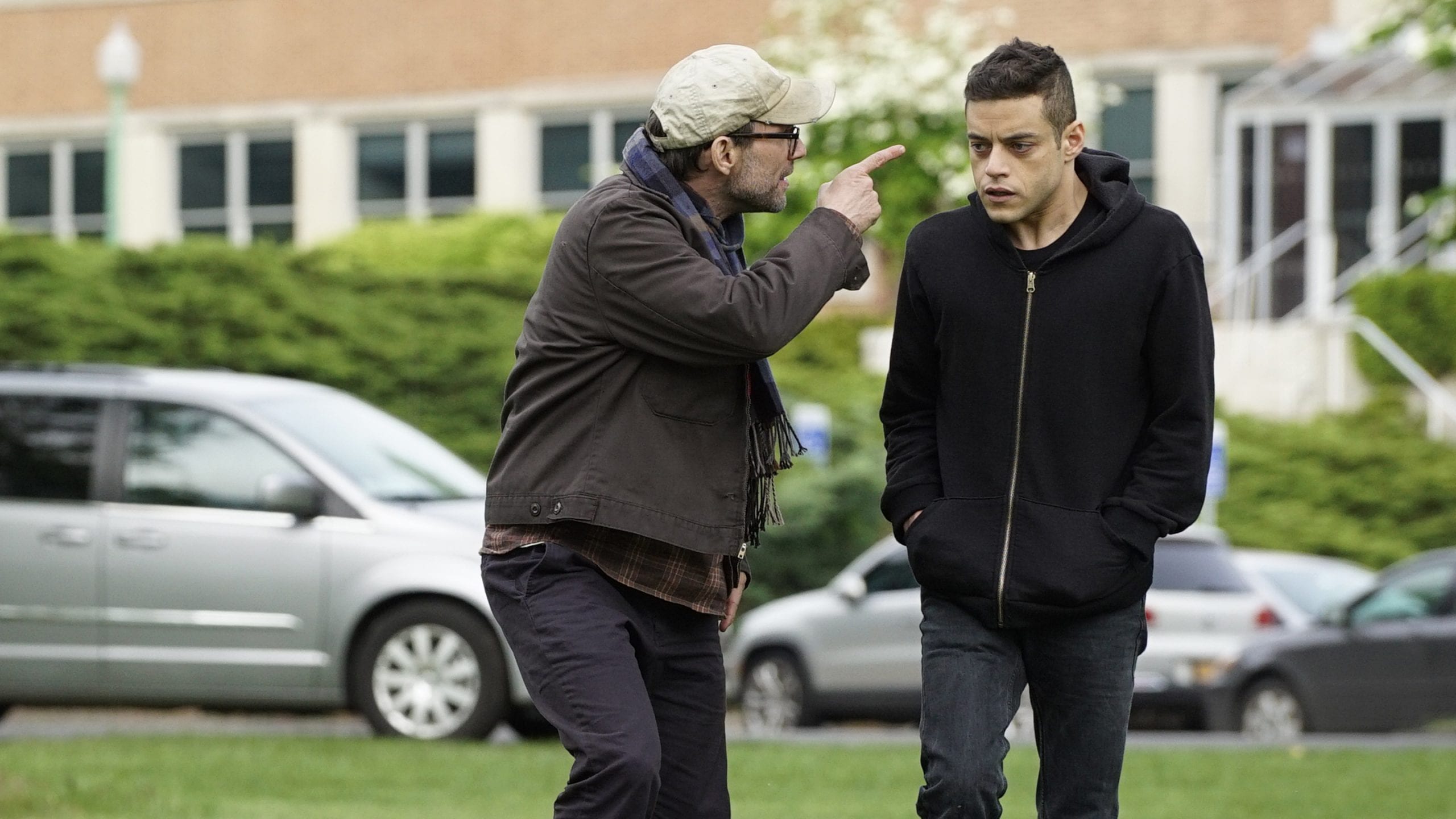 Speaking of those problems, we have a young, charismatic, looking for love in sexting places, detective who is rapidly unraveling the large mystery here. I’m really digging Detective DiPierro and her unorthodox ways of getting answers. She has one of those bartender like personalities, you know, the type of person who has no problem speaking with anyone. Look at her interactions in the deli or when she visited it Romero’s grandmother for a little joint rolling. Poor Romero. Ended up dead and most likely being the reason everything goes belly up. I stand by my beliefs that if you’re going to be a hacker then you’re an idiot have physical copies of things that could incorporate you.

With DiPerro finding the Hack Shack (the arcade) last week, it’s only a matter of time before she’s able to get a warrant. Then you have to wonder how long before she starts to figure out that Elliot was the ring leader. And suddenly your split personality becomes secondary when the cops are hunting you down. As a matter of fact, your split personality is probably what you can use to survive. Just a thought.

Other things to keep an eye on this week. Darlene and the emptiness she feels after the hack. I’m totally getting the vibe from Darlene that she thought this would make her life worthy, and once it was completed she was left with an even worse hollow feeling inside. Like what could possibly be next to top that? Darlene is constantly searching for something more and doesn’t let what she’s accomplished satisfy her. That seems like a recipe for making a massive mistake.

Angela is in quite the pickle as she needs to decide to go public with the information she has or sit on it. This is one of those internal battles for ones soul. I know a bit dramatic but hear me out. Whatever way Angela chooses is going to define her character for this season. If she decides to throw these guys under the bus then you’re going to see her become an evil corporate shell, everything Elliot and F Society are raging against. If she doesn’t give up the information then she’s just same old, weak Angela which is a person she’s trying to bury. Should be interesting to see what direction she chooses to do and the ramifications that choice has on her.

There you go Geeklings. Mr. Robot is looking to continue it’s trend of stellar episodes this week with a lot on the line. What do you think is going to go down? Can Elliot really keep Mr. Robot away? Sound off in the comments below. See you Thursday with the review.