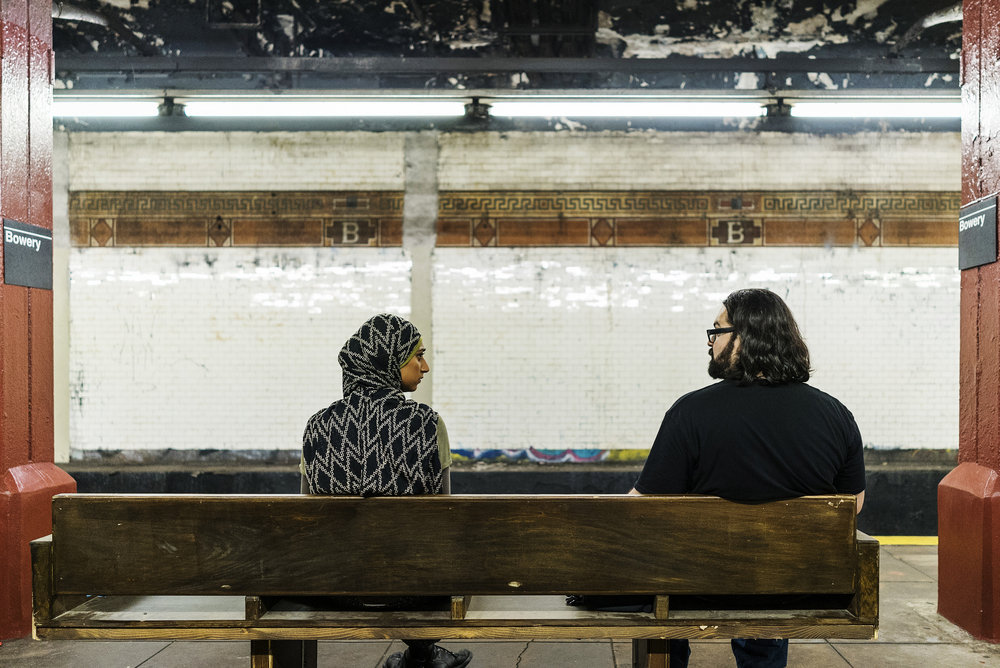 As season two ended we were left with a parting image of Trenton and Mobley, two of my favorite side characters, out in Arizona seemingly free from the Dark Army grasp. A good portion of season two dealt with the fall out of the 5/9 Hack and most of F Society believed they were being hunted down by the Dark Army and being taken out. It wasn’t unreasonable to believe that the Dark Army didn’t want to leave any open threads and no one had heard anything from Elliot since the hack went live. F Society was thrown into chaos and being lead by a Darlene that was falling to pieces under the weight of their actions. Trenton and Mobley were two characters who saw the writing on the wall and managed to bounce out of dodge before the Dark Army cashed in on tying up those threads. As season two progressed we were left wondering just what happened to them until they turned up in Arizona working for a big tech store under different names. For me, the reveal that the two were alive was a relief. I can’t really put a finger on it but somewhere along the line Trenton and Mobley stole my heart. I was pulling hard for the two for reasons I couldn’t justify. They were clearly side characters but there was something about them I thought was worth rooting for, and maybe it was because they are the George and Elaine of the Mr. Robot universe, and maybe it was because they weren’t given the full scale of the revolution they were recruited to. Whatever the case was I found myself on Team Trenton and Mobley.

Before Leon showed up, throwing the future of the two into jeopardy, Trenton was explaining to Mobley that she thinks that she had discovered a way to reverse the 5/9 Hack. That with all her free time she had discovered a loophole and devised a plan that could undo all the damage they had done. Mobley didn’t want to hear anything of it, choosing to leave that part of his life behind, but Trenton was persistent in getting him to look. It seems that Mobley finally is set to agree as Leon approaches asking the two for the time. With the way season three has gone and what we think we know about Whiterose’s plan, I couldn’t help but think that Trenton’s plan had something to do with time travel. A way to go back into the past and prevent 5/9 from happening altogether. Maybe go so far as preventing Trenton and Mobley from meeting Darlene in that coffee shop. This was a theory punctuated by Leon’s asking for the time. It seemed a little tongue and cheek and maybe, if Whiterose was focusing on time travel or parallel universes, that Leon was in Arizona to recruit Trenton and Mobley. 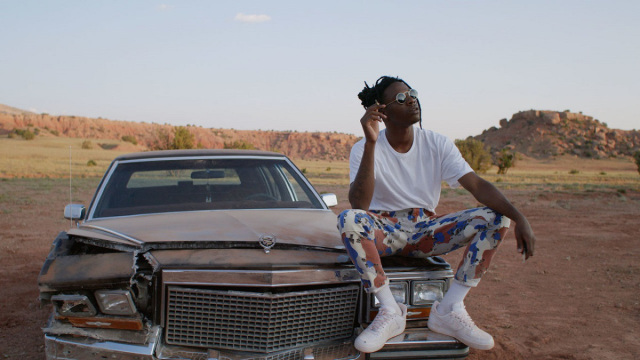 Being more than halfway through season three we now have a bigger picture of what the Dark Army wanted Trenton and Mobley for, and it had very little to do with time travel. With Tyrell in FBI custody, we had to know that the Dark Army had given him specific instructions on who to implicate in Stage Two. As we suspected Tyrell and his lawyer were using the defense that Tyrell was being held against his will under threats of death to his wife and child, but he’d be willing to cooperate in implicating just who he was being held captive by. Supercop Dominique DiPierro wasn’t buying it but with Santiago being a Dark Army agent she has little choice. A wins a win except when it’s a loss. One thing we know about Tyrell is he has a deep love and admiration for Elliot. Elliot is his god. Elliot is who he is following and even though the Dark Army, Irving in particular, fed Tyrell’s ego, one has to wonder how strong of a pull they have on him. Especially now that Santiago coldly reveals the fact that Tyrell’s wife is dead and the child is in foster care where there’s a one out of five chance it’ll be abused. Classy guy this Santiago. Yet, there is nothing for Tyrell to do at this point. He’s already implicated who was responsible for Stage Two and if he speaks out not only is he dead but so is the future of his son. I do wonder if Santiago’s little talk will push Tyrell back towards Elliot once he’s released… which I feel is something that is only a matter of time.

Stage Two has gone off exactly how Whiterose has anticipated and she is now the sole winner of the game. Things were never really personal with Philip Price, in fact, Whiterose admits that she had high hopes for him but he failed her. He failed to manipulate Angela from pursuing her lawsuit, something Whiterose had to do personally thus mentally corrupting Angela. I mean, did you guys see her this week? I think the events of Stage Two have fully shattered her mind and she’s failing to grasp the magnitude of her actions because of possible promises of time travel. Whiterose has also helped push through Philip’s e coin proposal because she knows it will prosper in the wake of the Stage Two attack because everyone loves a comeback story. The thing of it is, Philip won’t be there to see it through. The writing is on the wall and Whiterose, with Stage Two, has made sure that he will have to step down as the head of E Corp. This is what happens when Whiterose has to tell you twice… eeeep.

As for Trenton and Mobley, they are used as the face of the Stage Two attack. Tyrell is instructed to implement the two as their pictures are plastered all over the news and my heart sank into my stomach. After a bury a body in the dessert field trip with Fraiser hating Leon, the two return to a house full of Dark Army soldiers and are forced into a garage where screens are set up for what looks to be another attack. Whiterose’s assistant then explains that the greatest thing a person could do for a cause is give their life and forces the two into “killing themselves”. I don’t know if it’s really suicide when Dark Army soldiers are pushing the gun towards you, but that’s how it plays out when the FBI raids the house. The whole scene is completely heartbreaking as Trenton and Mobley were nothing more than pawns to the Dark Army. Just two faces to be put on the largest terror attack on US soil while the Dark Army and Whiterose reap the benefits and further push the blame towards Iran. Crushing stuff. Even more crushing is the fact that Dom is starting to believe that Whiterose is going to get away with everything at this point, and she might not be wrong. Unless you take into account the email Trenton has set up to be automatically sent if she disappears. An email that could possibly have info on the 5/9 Hack and ways to fix it? I’m not sure, but the fact that the idea has been planted one has to believe it’s going to be a major factor moving forward. Also, who is her mysterious trusted source? Darlene? Elliot? 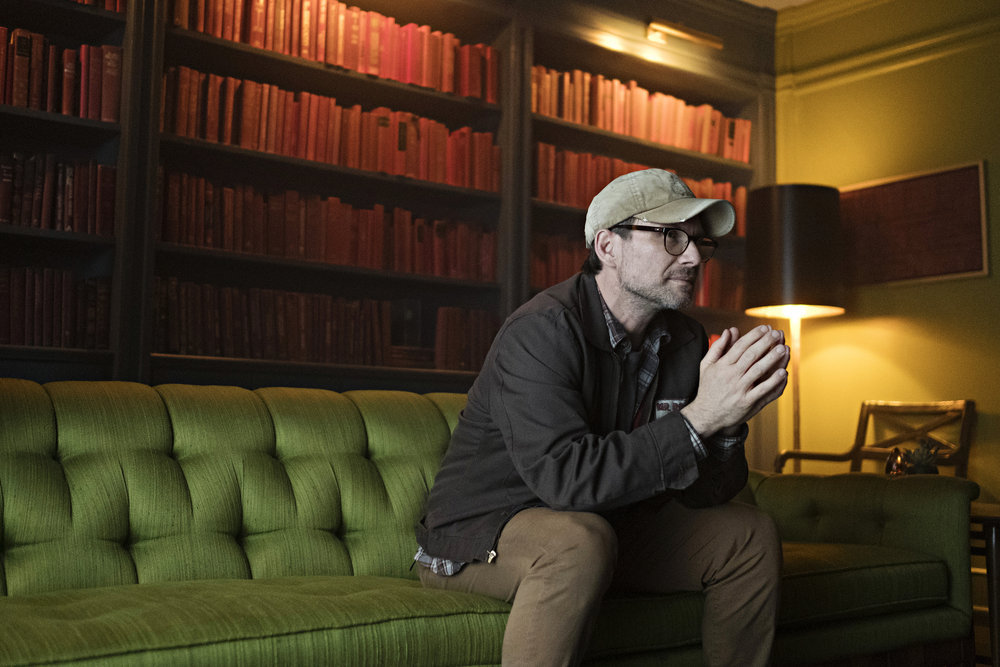 Speaking of Elliot, as we imagined he did not take the Stage Two attack very well. Filled with guilt and remorse he rushes to his therapist’s office only to be pushed into a corner and silenced as Mr. Robot takes over. It is clear that Mr. Robot was not privy to all the Stage Two information and is quite angry how his revolution was stolen from him by the very types of people he was trying to revolt against. Don’t get it wrong, the Dark Army is very much a corporation as their job is to manipulate other corporations into fitting their mold. Where does Mr. Robot and Elliot go from here? I think we’re getting closer and closer to a supergroup forming to take down the Dark Army. A group of characters who have been used and pushed aside trying to take power back and bring down Whiterose before it’s too late. The Mr. Robot universe equivalent of the Revengers if you will…

Phew, there you have it Geeklings. What did you think of this episode of Mr. Robot? Were you as heartbroken as I was to see the fates of Trenton and Mobley? Do you agree with Dom that Whiterose is going to get away with everything? Can Elliot and Mr. Robot finally start working together? Sound off in the comments below. As always if you’d like to talk more Mr. Robot with me you can find me on Twitter @iamgeek32. Let’s chat! See you all next week with another theory packed episode preview. Question everything friends.