If you’re a fan of One Tree Hill, you know that the series didn’t just have a lasting impression on you because of the incredible cast and their dedication to the characters they played. It wasn’t just an amazing show because of the writers and what they put into giving the series power to leave a lasting impression. One Tree Hill was ‘the’ show for some time because it was something we all found a piece of ourselves in.

From Peyton Sawyer to Lucas Scott and Brooke Davis to Skills Taylor – there was a character on that series that we could all look at and be thankful for. Their stories mirrored our stories, maybe they were farther along in their journey, or maybe they handled it differently than we did, but we were able to see what we were going through in a different light.

For our Motivation Monday this week, we wanted to bring you some of the best quotes from One Tree Hill. May they inspire you this week.

10. “I wanna believe in it all again. Music and art, faith and love. And I wanna believe that I’ve made the right choices and that I’m on the right path. And there’s still time to fix the mistakes I’ve made. I guess I want hope.” – Peyton Sawyer

9. “Happiness is not a destination. It is a mood, it is not permanent. It comes and goes and if people thought that way then maybe people would find happiness more often.” – Julian Baker

8. “You can choose to blame your circumstances on fate or bad luck or bad choices. Or you can fight back. Things aren’t always going to be fair in the real world. That’s just the way it is. But for the most part, you get what you give. Rest of your life is being shaped right now. With the dreams you chase, the choices you make, and the person you decide to be. The rest of your life is a long time. And the rest of your life starts right now.” – Hayley James Scott

6. “Sometimes life will kick you around, but sooner or later, you realize you’re not just a survivor. You’re a warrior, and you’re stronger than anything life throws your way.” – Brooke Davis

5. “Sometimes, it’s easy to feel like you’re the only one in the world who’s struggling, who’s frustrated, or unsatisfied, or barely getting by. That feeling is a lie. And if you just hold on, just find the courage to face it all for another day, someone or something will find you and make it all okay, because we all need a little help sometimes, someone to help us hear the music in the world, to remind us that it won’t always be this way. That someone is out there, and that someone will find you.” – Lucas Scott

4. “There’s no shame in being afraid. Hell, we’re all afraid. What you gotta do is figure out what you’re afraid of because when you put a face on it, you can beat it. Better yet, you can use it.” – Coach Whitey Durham

3. “Every once in a while, people step up. They rise above themselves. Sometimes they surprise you. And sometimes they fall short. Life is funny sometimes. It can push pretty hard. But if you look close enough, you find hope in the words of children, in the bars of a song and in the eyes of someone you love. And if you’re lucky, I mean if you’re the luckiest person on this entire planet, the person you love decides to love you back.” – Nathan Scott

2. “At the end of the day, all you really own in this world is your integrity.” – Julian Baker

1.”Make a wish and place it in your heart. Anything you want, everything you want. Do you have it? Good. Now believe it can come true. You never know where the next miracle is gonna come from, the next smile, the next wish come true. But if you believe that it’s right around the corner, and you open your heart and mind to the possibility of it, to the certainty of it, you just might get the thing you’re wishing for. The world is full of magic. You just have to believe in it. So, make your wish. Do you have it? Good. Now, believe in it with all you heart…” – OTH Cast

A bonus quote comes in the form of this photo, and all fans of the series will understand it’s importance. 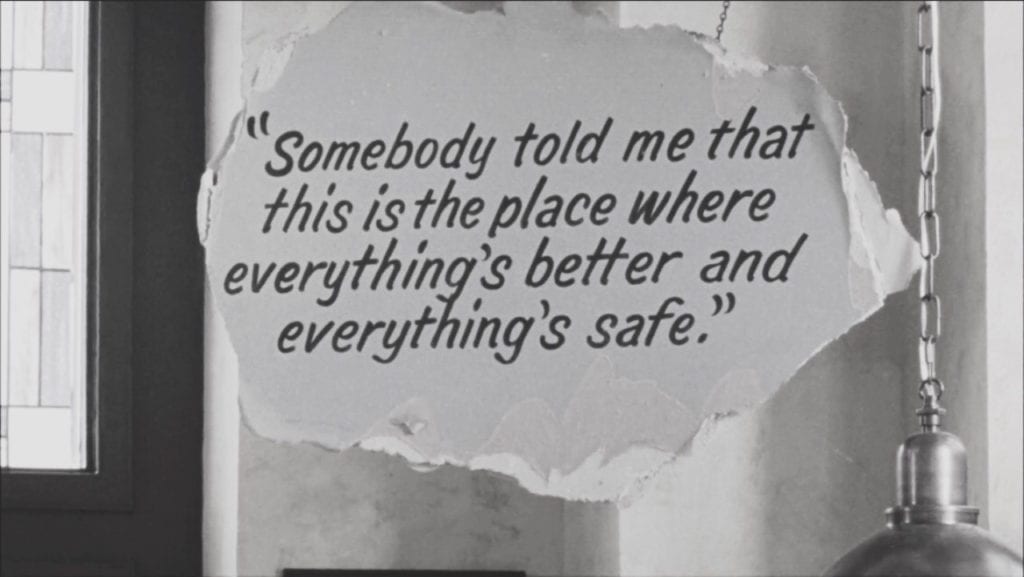