Moses J. Moseley, an actor famous for his role in the hit AMC drama The Walking Dead, has died at the age of 31.

Moseley’s death was confirmed by a representative for the actor, who played one of Michonne’s zombies on AMC’s The Walking Dead.

They added that an inquiry into his death was under way.

“Moses was truly adored by so many people. He was always smiling… and had the most optimistic attitude,” the representative stated.

We are devastated to hear about Moses’ death. He was a lovely person with a kind and talented heart, and everyone who knew him was truly fortunate to have him in their lives. “Moses was an angel sent from above,” they added. 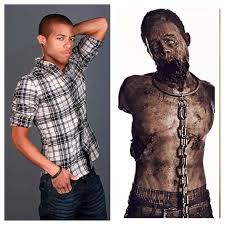 AMC also released a statement on Twitter responding to news of Moseley’s death, writing: “Our thoughts and prayers are with our #TWDFamily member Moses J. Moseley.”

Moseley is also known for his work on “The Walking Dead,” “Watchmen” and “Queen of the South.” He’s also been in movies like “Joyful Noise,” “The Internship” and, most recently, “Attack of the Southern Fried Zombies.”

On Twitter, tributes to the actor poured in, with former “The Walking Dead” costars remembering him as a kind and caring buddy.

“I’m devastated to hear about the death of Moses Moseley,” Jeremy Palko, who played Andy on the series, wrote on Twitter.

“Just an absolute kind and wonderful human being,” he added, sharing a photo with Moseley. “You will be missed my friend.”

Heartbroken to hear of the passing of @MosesMoseley Just an absolute kind and wonderful human being 💔 You will be missed my friend. #TWDFamily pic.twitter.com/hZI0LvbmVZ

“I’m at a loss for words,” actor Melissa Cowan, who played the “Bicycle Girl” walker in season 1 of “The Walking Dead,” wrote on Facebook.

“I can’t even fathom it! My heart is shattered. He was such a genuinely nice, caring individual with limitless love and enthusiasm. ” She added, “I loved getting to know him on set and at various conventions over the last 12 years!! A wonderful person who has now departed way too soon.”

We send along our prayers to his family and friends.