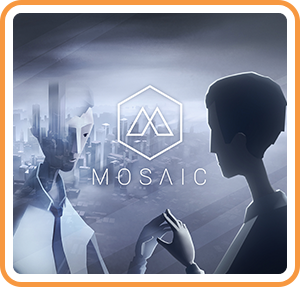 Mosaic opens to a very drab apartment. You are a plain looking dude looking almost dead in your bed, and this is where the story begins. You initiate getting up, and you are suddenly “playing” Mosaic. Right off the dreariness of the world catches your attention. It leaves you wondering why this unnamed character continues to exist in his current state. 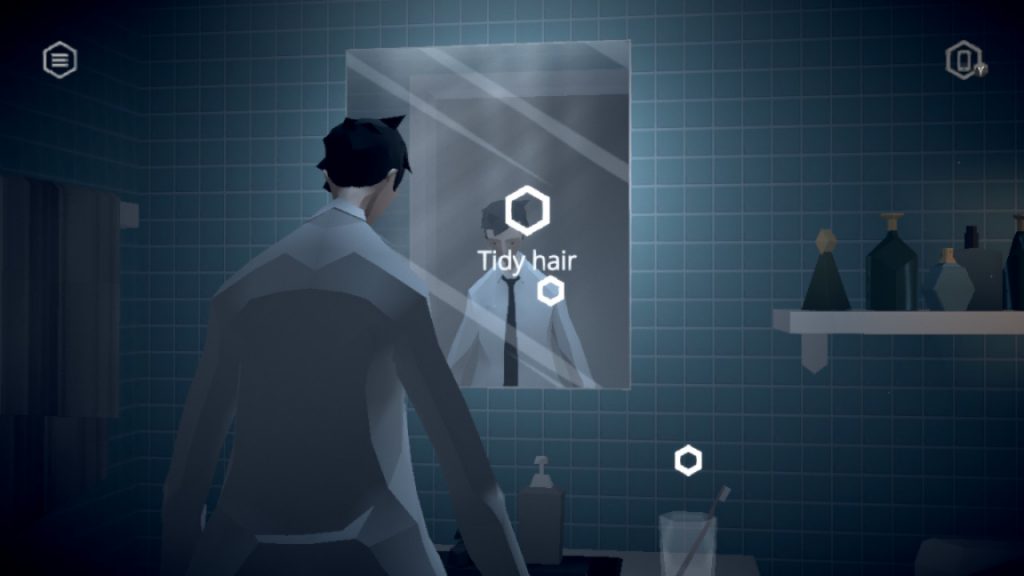 The premise is truly simple. You get up, go to work, do your work, and go back home. Wash, rinse, repeat. I was struck with how the current human condition is realized in this medium. We constantly follow a routine and in our work we sometimes become cogs in a machine. We don’t matter, and the uncomfortable reality of this is presents itself immediately. I love the way Krillbite build a world to represent what we all can deal with on a regular basis.

The gameplay in Mosaic is akin to most interactive adventure puzzlers.

There isn’t anything I would refer to as action. Most of the buttons on my Switch were largely useless. You can open your phone to view messages and several apps that you accumulate in the game. The apps are just tedious clicking in the end, with nothing to them. There are different things you can interact with, designated by hexagon icons as you progress. Some stuff you can interact with seems to be there just to suggest the helplessness your avatar exists in. There are piles of bills, nothing in the fridge, and a mailbox that you do nothing to but open, shudder at the contents, and close. The same happens at work when you use a program to guide blocks to the top of a page. It’s just busy work in between chapters. 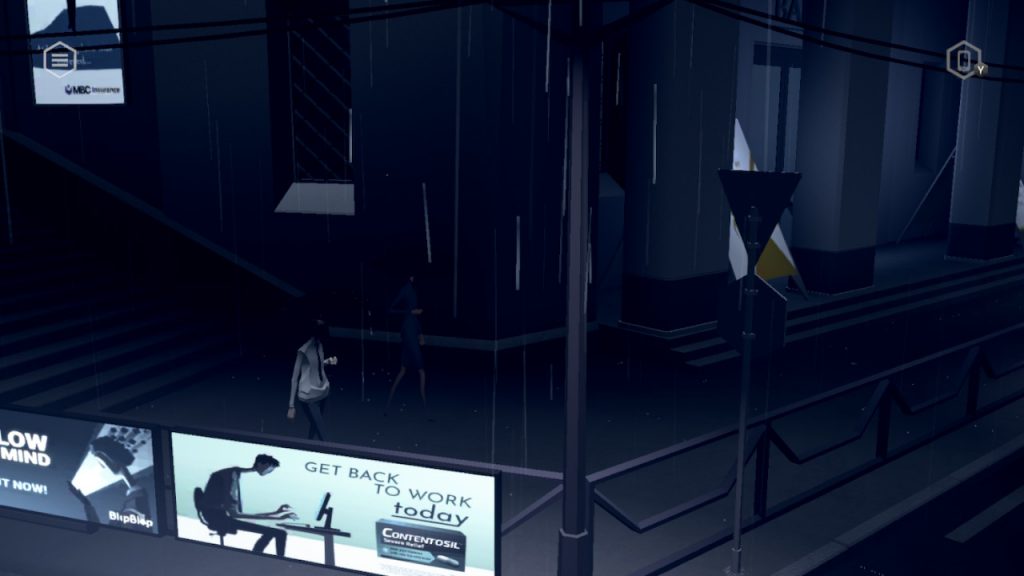 Krillbite really nails the atmosphere they are trying to create. They channel despair so well you may be turned off initially when playing the game. You can tell these are the guys who made Among The Sleep with plenty of creepiness in the narrative. Thankfully, things do get better as time continues on. Painting the city in a dark gray accentuates the times when you see color. These times symbolize your breaking from the norm, not living in routine. A spiral of color appearing above your head initiates these moments. Just click the action button a time or two and you’ll most likely experience a bit of a “trip”.

There are also a few interactions with a program when you get close to fuse boxes. It feels like a villain is being set up, but only serves a small narrative purpose that doesn’t pay off. You never feel threatened by anything, just depressed by what this poor guy is going through. The player will feel good for him in the end, but the story ends with a bit of a fizzle.

One thing that detracts from the experience Mosaic provides are the stutters.

This isn’t a technological marvel, and you don’t do much when playing the game. But I rarely encounter a game with as many stuttering issues as Mosaic has. You won’t get too far before you run into one, then another, and another. A game like this builds a world for you to inhabit, and problems like this take you out of it. This game is featured on Apple Arcade, so I don’t know why it has issues that are this bad on Switch. And this isn’t just in handheld mode, but in docked as well. 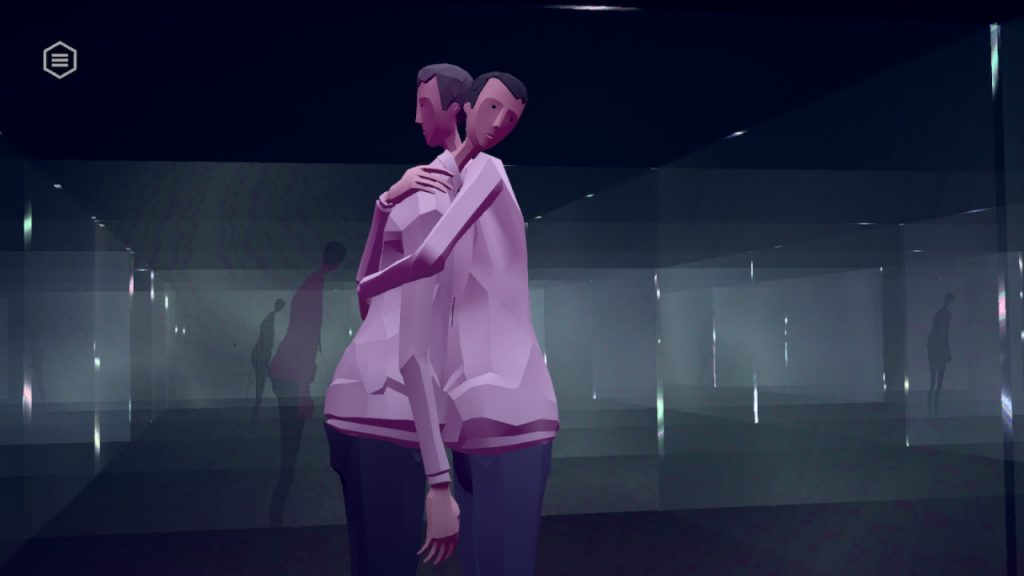 This brings us to another point that I don’t generally like to talk about, price. Mosaic retails for $19.99. It only takes about 6 hours to complete, with my time falling at 3 hours. While I enjoy the concept of the game, I’m not sure it’s worth that cost when something like Golf Story is $14.99 for 15+ hours. As a part of Apple Arcade it’s nice, but I might put a price of $9.99 on it myself. Remember, this is my personal opinion.

In the end, as much as I enjoyed what Krillbite wants to impart with the story, it’s just too short. A good term to use might be “bite-sized”. The concept is great, the game is unique, but it’s unpolished, for too little of a product. I appreciate what the developer did, I just need more of it. This seems like more the case of an iPhone game ending up elsewhere.

*Review code provided by our partners at Raw Fury and Krillbite, as well as Sandbox Strategies. Mosaic is available now on Xbox One, Nintendo Switch, PC, Apple Arcade, and Mobile. PlayStation 4 is awaiting release.