DC Comics made a lot of fans very happy last year when they started releasing a certain comic. When they announced Batman: The Adventure Continues fans went crazy! Sure, it wasn’t the same as getting a new season of the most famous Batman show of all time. It was the next best thing, though, so it was kind of hard to complain. Even more exciting was the fact that some of the people behind the show were working on the comic. It really was like a full-on continuation in comic book form! The comic was pretty good too and even brought in characters like Deathstroke and Red hood. Now, DC has gone and done it again with a recent announcement. The team behind Batman: The Adventure Continues is returning to work on a new season of the comic book. Based on the cover of the first issue it looks like we’ll be dealing with the court of owls. I can’t believe even more Batman The Animated Series comics are coming! 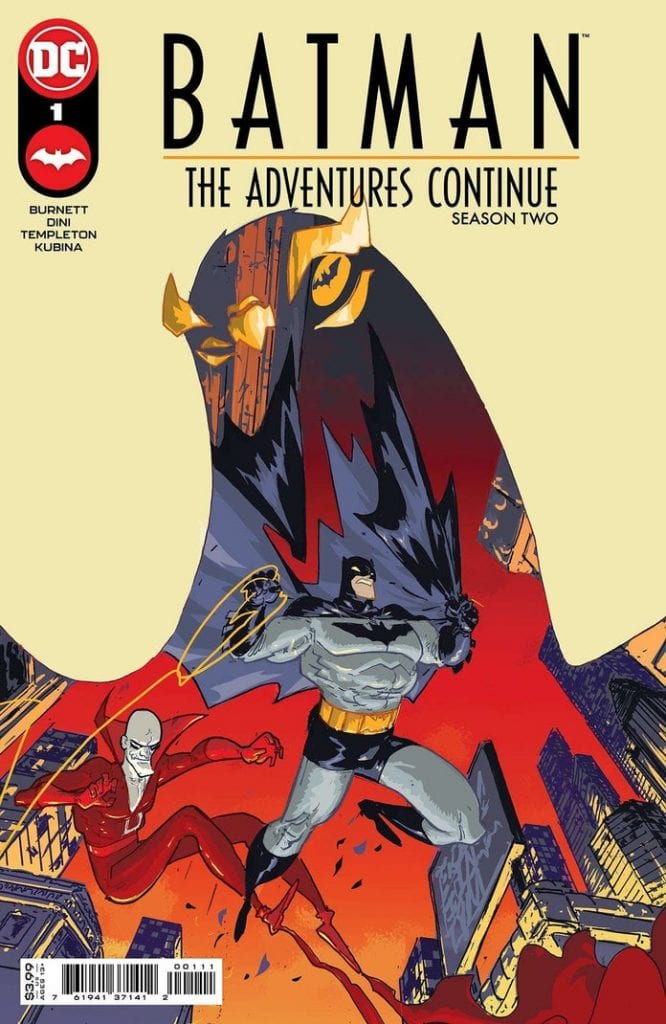 It looks like it’s not just the court of owls that will be appearing, Batman will be getting some assistance from Deadman. The entire thing looks like it’s going to be loads of fun and I can’t wait to give it a read for myself. I just recently wrapped up my first watch-through of the show, so now is a perfect time! The series will debut this June, it seems, so it’s not even that far off! Here’s what the solicitation reads for the issue.

“Do you ever get the feeling you’re being watched? Are there mysterious claw marks on brick buildings in your neighborhood? Who would you call to investigate? The GCPD…or Batman?

Gotham City is changing. After Mayor Hill is killed by a mysterious assailant, Batman finds himself tracking down an ancient order that’s long been buried under the streets of Gotham: The Court of Owls. But what does this group have to gain from the death of Mayor Hill…and how can Deadman help the Dark Knight? Will the clues lead Batman to an ancient Gotham City legend?

Who else besides Boston Brand will materialize in this new season of Batman: The Adventures Continue?”

I can’t wait to find out, so let’s celebrate that there’s more Batman: The Animated Series comics coming! Let me know your favorite episode from the show down in the comments!