In the second episode of Moon Knight, more clues have emerged about Khonshu’s real identity, and fans think they’ve solved one of the show’s main mysteries.

Fans of the Egyptian moon god Khonshu have been wondering what his deal is since he began squabbling with his own avatar Marc Spector and former Fist of Vengeance Arthur Harrow. Are they the good guys they appear to be? Are they really in command of Marc Spector?

A fan theory from Reddit has made waves by positing the claim that Jake Lockley, the only alter yet to be seen, is the facade Khonshu wears when taking control over the body of Spector. Redditor /u/AstroDunce believes that while Mr. Knight and Moon Knight are the personas of Steven Grant and Marc Spector respectively, Jake Lockley is Khonshu’s “suit”. 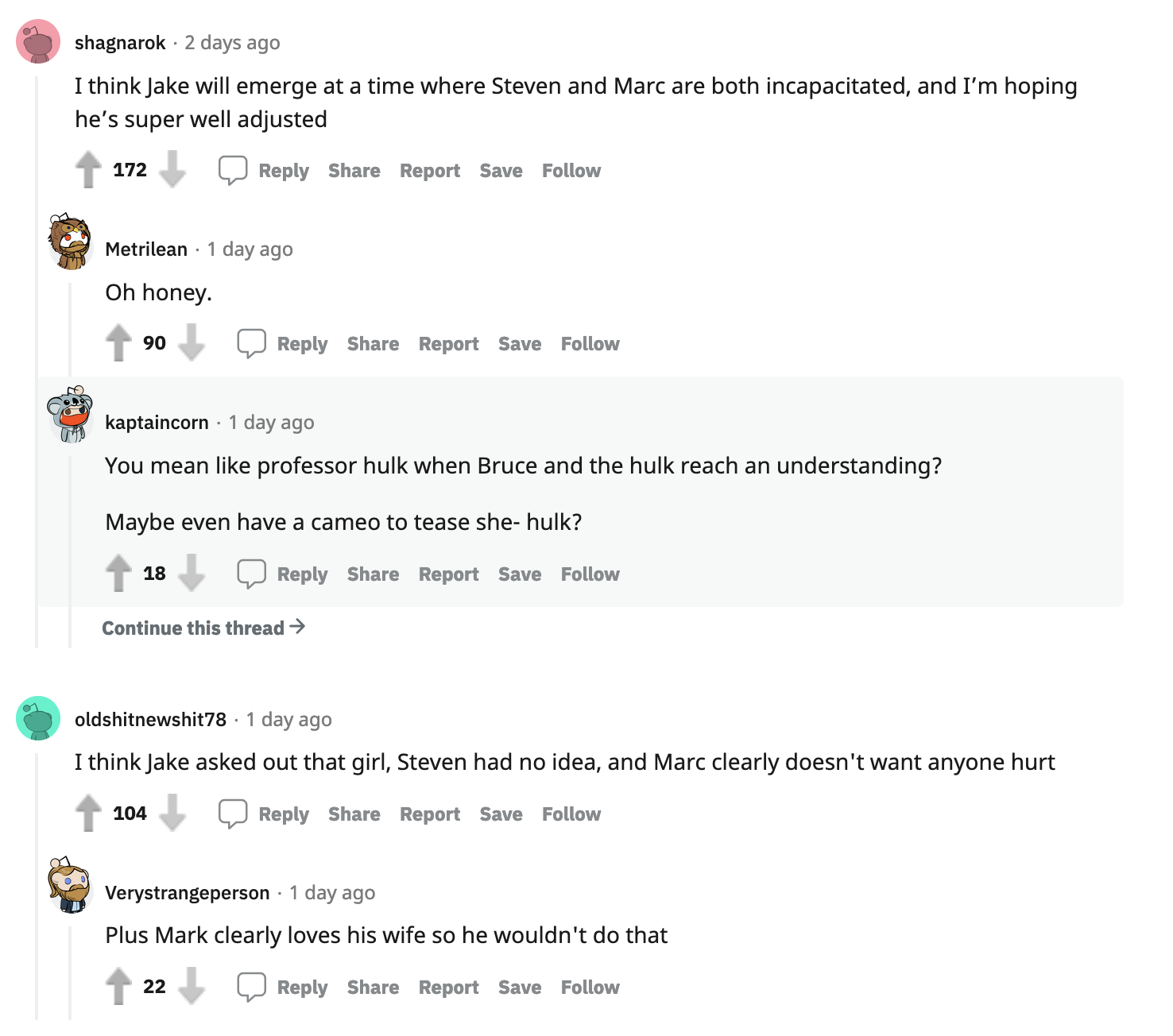 Lockley has yet to make a physical appearance in the series, but this theory suggests that certain events, such as when Steven Grant booked the date inadvertently, were committed by the Lockley/Khonshu alter.

In the comic book world, Lockley is a taxi driver with street sense who is one of the three primary alters of Marc Spector. In the Disney Plus series, Grant, who works at a disheartening gift shop and is down on his luck.

As we continue to follow the story of Marc Spector, his many personalities and their origins are likely to be revealed.

Spector tells Grant he’s been moonlighting as Moon Knight for a while, and his passport suggests he’s 36 years old, assuming the series occurs around the same time as WandaVision in 2023.

The fate of Oscar Isaac as Moon Knight is uncertain, and with Khonshu seeming to eye up Layla as his next avatar, it’s possible the pitched concept for Moon Knight in the movie won’t be Isaac and could be someone else entirely.

Moon Knight is available to stream on Disney Plus, with new episodes dropping every Wednesday.

Home » Disney+ » Moon Knight: Popular Fan Theory Blows Up as They Think They Know Who Khonshu Is