WandaVision has had all kinds of cameos already, come on, we both know it. Don’t pretend you aren’t impressed with what you’ve seen thus far. Maybe you’re even one of those people who was not sold on WandaVision and your opinion changed. The last few episodes certainly have been something to talk about. In fact, it seems like the whole world is talking about WandaVision. Comic fans are trying to teach those introduced to the characters through the MCU the ropes. There are so many connections between these characters, it’s nuts! Sometimes those connections are sure to fulfill some predetermined fate for certain characters. Other times the MCU decides to disregard those connections altogether to do its own thing. One of these connections revolves around Moncia Rambeau and her connection to a certain Avenger. You probably know what I’m talking about, but if you don’t and don’t want to be spoiled click away now! Monica’s connection to [SPOILERS] has been revealed! 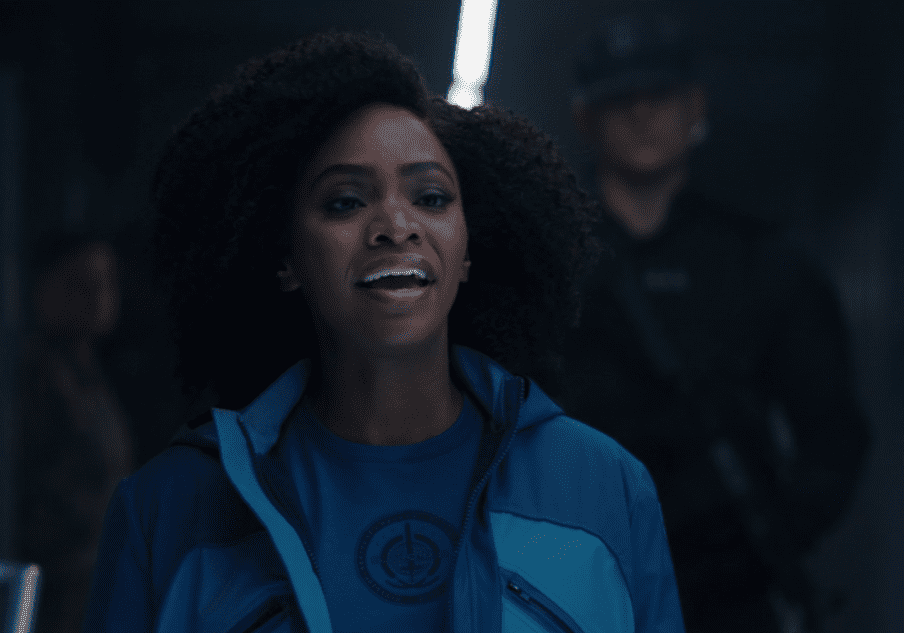 So, comic fans already know that Monica is connected to a certain Avenger. I’m not a comic reader myself, so even I don’t know the full extent of the connection. I just know it exists. Hey, come on… I’ve gotta keep some surprises for myself, right? Well, people have been theorizing on Monica’s connection to a certain Avenger. This Avenger is, of course, Captain Marvel. Carol Danvers herself has even been referred to by name. Director of S.W.O.R.D got a little upset with Monica in today’s episode of WandaVision which is when he dropped the Avengers’ name. While the two are arguing he reveals that he is very well aware of Monica’s connection to Captain Marvel, and Monica did not look too impressed.

Could we possibly see a Captain Marvel character show up in WandaVision? It’s entirely possible. For now, though, keep checking out WandaVision every Friday!