Moneybagg Yo has recently revealed that he is likely to become a father again soon, and Meek Mill has quickly shut down claims that he is currently in a relationship with Ari Fletcher.

On Monday, the CMG rapper posted a photo of an expectant woman conspicuously wearing a gold Rolex watch and diamond ring. Although he refrained from identifying her, social media users speculated Ari Fletcher as the figure in the picture. This possible pregnancy came as unpredicted to many; considering that it seems like these two recently broke up.

Moneybagg Yo and Ari Fletcher have been dating for two years, and they were recently seen at the launch of her cosmetics line. Moneybagg was allegedly supporting her as a friend rather than as a lover, according to reports. 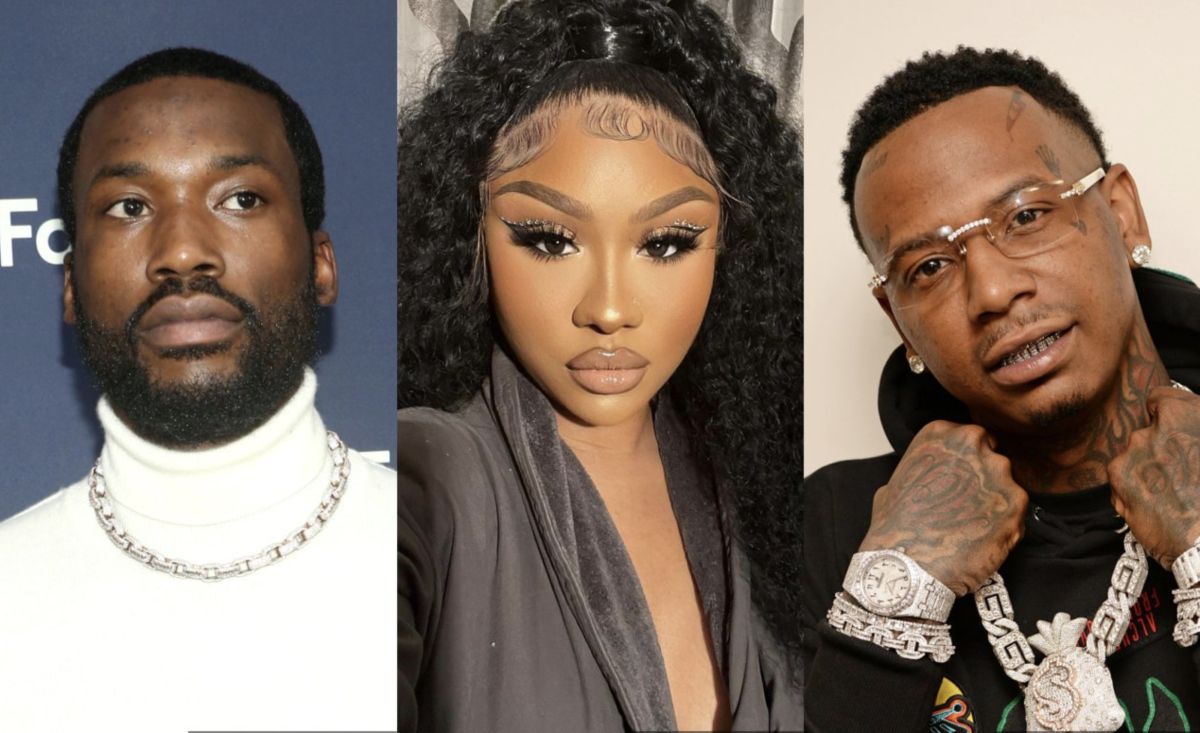 Later, Ari tweeted that she was now single and focused on her life, sparking speculations that her relationship with Bagg has irreparably deteriorated. This speculation was furthered when it was revealed that Lamborghini truck he had given her for her birthday last year got repossessed.

Neither Moneybagg Yo nor Ari Fletcher has addressed their relationship, but it was reported last month that they are having difficulties as he was seen traveling to Columbia with another woman. It appears that the hip-hop twosome has succeeded in getting away fans and followers who want to know what’s going on in their lives.

Looks like Moneybagg Yo and Ari might be expecting their first child together. This news is sure to excite their fans!

Some fans were quick to point out that the timing of Moneybagg’s photo, shared on Twitter Monday afternoon, was curious in light of reports that Ari Fletcher had been spotted at the same hotel as Meek Mill.

The Iggy Azalea/Meek Mill beef has continued to grow with the pair trading shots on Twitter. Two recent Instagram images of Meek Mill and another by Ari Fletcher have been compared, implying that they were together in the same location. The post’s caption read, “have similar taste when it comes to hotel décor.”

“Take this cap down.. and I don’t mind immediately follow up on n***s old ladies that’s good wit me… It’s a million women outchea and it’s fashion week chilllll,” Meek responded to the post.

After initially posting the picture, Moneybagg Yo later deleted it and has not responded to any questions from fans.

Fans have scrutinized the photo and concluded that it is Ari, due to the diamond ring being the same as one she shared Moneybagg gave her in February. Additionally, a red tattoo on her hand has been identified as one she already has.