It seems we are coming awfully close to finishing our MomoCon coverage! While I am happy to be getting this content out for you, I am sad this chapter is almost complete. In the meantime, check out our interview session with Roger Clark!

Once again, forgive my audio. We had several issues with figuring the best setup. Thankfully the staff for Momocon were very accommodating. A stage kept going off in the background as well so we had to make the best of it. Here are some pictures we took! 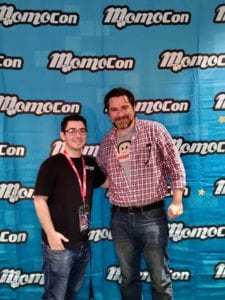 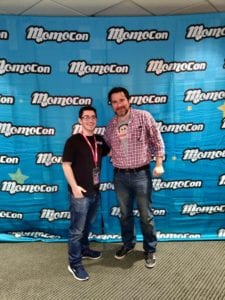 Roger Clark is absolutely amazing! All of his answers are very genuine and he loves what he does. To me he looks just like a cowboy. Right off the bat someone asks him about a Red Dead Redemption 3 and he does not necessarily say it is not happening, so that surprising. I think we all know that game is far far away.

He talks in this interview about his life, his role in Red Dead Redemption 2, and even being a part of SAG. SAG is a union that in this case protects the voice actors interests. I asked the question “Did Rockstar ask you to watch or did you want to watch any specific western films in preparation for the role?”.

Red Dead Redemption 2 is an action adventure game from Rockstar Games. You play as Arthur Morgan, a cowboy who is part of the gang that disbanded during the events of the original game. Roger Clark voices said character and won The Game Awards Best Preformance for his work. The game also walked away with Best Narrative and Best Direction.