In Ant-Man and the Wasp: Quantumania, MODOK will play the role of a villain, but Marvel Cinematic Universe fans are perplexed as to how he’ll fit in after recent reports.

MODOK is a scientist for A.I.M. that goes through terrible and amusing procedures to enhance his intellect in the comics, before ending up in a strange floating wheelchair with a huge noggin and a beam shooting out of his forehead. You know, typical and conventional scientific phenomena. 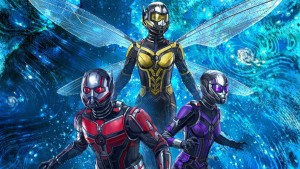 However, according to the footage shown at San Diego Comic-Con, we won’t be getting the slightly ridiculous look of his comic counterpart. MODOK isn’t going all out. You may have a massive purple god looking for precious stones and a talking raccoon, but not the ludicrous pulp villain.

Fans are not taking the switch from the source material well. He’d been so hard to find for a Marvel Cinematic Universe appearance, and with how goofy the Ant-Man films are, it’s surprising he was even considered. MODOK was praised for his terrifying presence in the Marvel’s Avengers video game, in which he is the main villain. Of course, the game’s poor design and bad reviews, among other factors.

The news that Corey Stoll, who played Yellowjacket in the first Ant-Man, would take on MODOK was met with skepticism. Would they really have to bring back Stoll just to put a robotic filter on his lines?

The ant-sized superhero Ant-Man and the Wasp is set to debut on February 17, 2023.