Modern Family’s Sarah Hyland and The Bachelor‘s Wells Adams are married. Sofia Vergara confirmed the news on Instagram. The couple wed in front of their friends and family at the Sunstone Winery in Santa Ynez, CA on 20 Aug., according to a photo posted by another one of the actor’s Modern Family costars, Jesse Tyler Ferguson.

The couple’s wedding party included Ciara Robinson, who served as Hyland’s maid of honour, and bridesmaids Vanessa Hudgens and GG Magree. The women celebrated Hyland with a bachelorette party in Mexico in July.

While Hyland and Adams have not yet shared any photos from the event, the bride’s “Modern Family” castmates shared plenty of pictures from behind the scenes. In addition to Ferguson tagging the beautiful Santa Ynez venue, Vergara shared a photo of the couple’s rustic, three-tiered wedding cake that was surrounded by roses. It also looks like guests were given white parasols to provide shade while they walked through the vineyard and waited for the wedding to start. 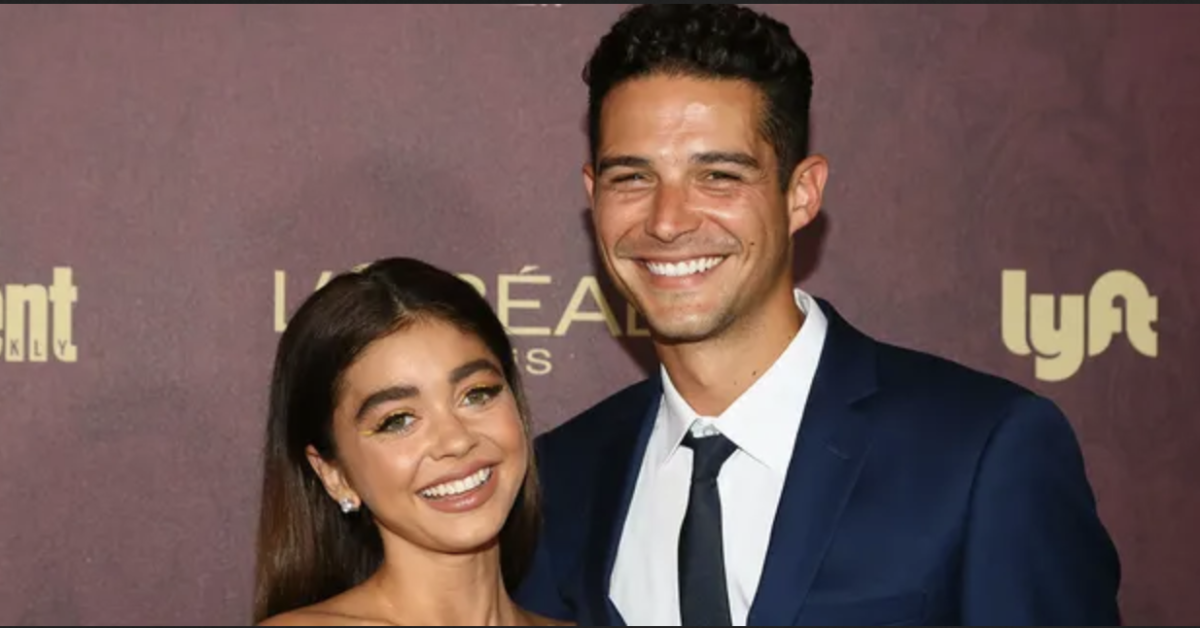 Hyland and Adams first met when she tweeted about how excited she was that he was on the show “Bachelor in Paradise.” Not long after, he direct messaged her on Twitter. Hyland told Jimmy Kimmel in 2018 that they originally met because she thought he was funny and she saw him as the bartender on the show.

OH MY GOD @WellsAdams IS THE FRIKKIN BARTENDER?! Best. Season. Ever. #BachelorInParadise

The couple became engaged while on holiday in Fiji in July 2019. “That can’t eat, can’t sleep, reach for the stars, over the fence, world series kind of stuff,” the actor captioned a series of photos from the special day. Wells also shared a video of himself proposing set to “I Like to Be With Me When I’m With You” by Drew Holcomb and the Neighbors. He captioned it, “I’ll be Johnny, you be June. But forever.”