After a number of setbacks, Mission: Impossible – Dead Reckoning Part One is now in full gear, and Simon Pegg, who plays Benji Dunn in the films, has promised moviegoers a fantastic film experience. In a conversation with Discussing Film, the English writer and actor, Pegg, lavished praise on Tom Cruise’s Top Gun: Maverick, which was delayed numerous times in order to make changes. Pegg compared the two huge-budget blockbusters, predicting that the following spy caper will be a guaranteed success with moviegoers.

“I’m very excited, obviously. I’m glad in a way, I think the success of Top Gun: Maverick has proven to everybody that the right decisions were made in terms of how things have been held back or delayed. Obviously, we need some separation between Top Gun and Mission: Impossible, but they dropped Top Gun at exactly the right moment for it to hit as powerfully.

I mean, not least because it’s a great movie, but it just played so well in terms of getting people back in the theater. By the time Dead Reckoning Part One swings around next year, I think people will be fully back in the movie houses if they’re not already, and we’ll see something utterly spectacular that’s built specifically for the cinema.” 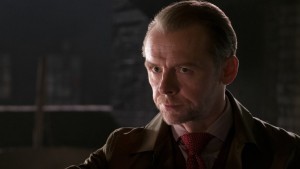 Home » Movies » ‘Mission: Impossible – Dead Reckoning’ is Going To Be “Utterly Spectacular,” According To Simon Pegg