Remember when Punchline was introduced all the way back in Batman #92 and people went nuts? It’s possible that the entire thing is about to repeat itself with Batman’s new villain. Miracle Molly is Batman’s new villain and will be showing up in Batman’s titular series. Miracle Molly will make her first appearance in Batman as early as issue #108. We found this out on Wednesday when DC posted the cover to Batman #108 and Miracle Molly was on it. Well, she’ll have a small cameo in issue #106 first. Yeah, I know. You guys probably already clicked away to go pre-order 100 issues of both of them. That’s because you’re a filthy little scalper/flipper. Don’t lie to me, I can tell. It’s okay, I won’t tell anyone else or judge… too harshly. 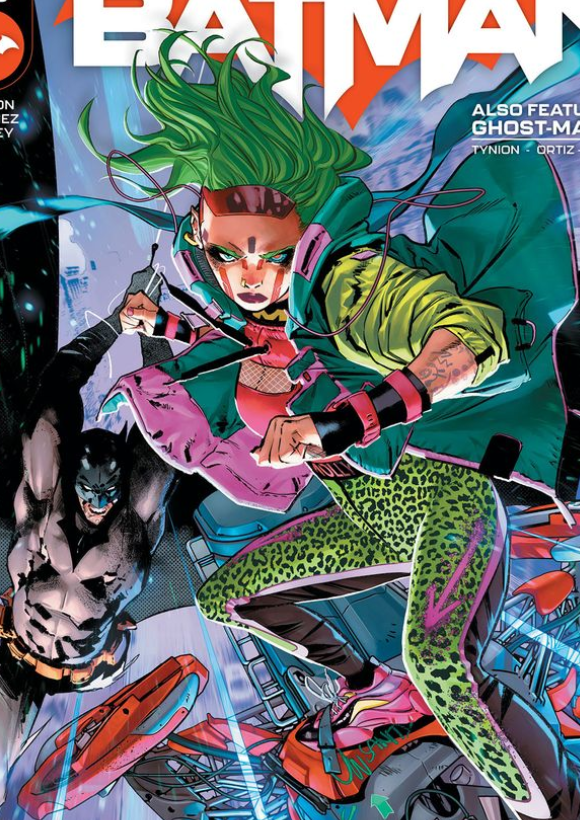 Very little is known about Molly right now, which makes sense. Obviously, they don’t want to spoil too much and it wouldn’t be much fun to read if we already knew all about her. I can say with absolute certainty that, just like Punchline, Molly is extremely colorful. Molly is just another in a long list of Batman characters that have been introduced recently. Punchline is one such character but we’ve also gotten Clownhunter and The Ghostmaker as well.

Issue #108 will feature a regular cover, pictures above, drawn by Jorge Jimenez. Jimenez is the current series artist on Batman and has been doing a stellar job. There’s also going to be a couple of variants, including one by Stanley ‘Artgerm’ Lau, who has drawn some of the best covers in recent years. Whether or not Molly is just a temporary addition to the book or a new character with staying power is still up in the air. We’ll have to wait until May to see her in action.

I remain hopeful though! And I’m definitely not on my way to purchase a few extra issues myself…