It’s certainly been a wild ride for Miley Cyrus these past few years. Long gone were her Hannah Montana days, replaced with a lot of twerking, marijuana, and all around crazy antics. However, in the past year, we’ve seen a different side to Miley as she is fully embracing a new kind of change. A change into the person she feels she was always meant to be, a combination of every side we’ve seen and haven’t seen of her, and her new music video for “Younger Now” is a perfect reflection of it.

We got our first glimpse of this in her first single titled “Malibu“, which is a tribute to her relationship with Liam Hemsworth. That song was followed up with “Inspired“, which is a beautiful track about finding the inspiration to be great and do great things. Miley has said before that “Inspired” was meant to be the next chapter of her hit song “The Climb”.

Now, she’s released “Younger Now” which is a song that puts all of those things together and more as she reflects back on her journey, fully embracing her past and future with the mantra “no one stays the same” showing up constantly in the lyrics.

She starts off the video with,”Feels like I just woke up—like all this time I’ve been asleep,” Cyrus belts out. “Even though it’s not who I am, I’m not afraid of who I used to be.” It really sets the stage for what the rest of the song is about. That feeling when you haven’t been yourself and then all of the sudden you wake up and everything seems so clear and you keep on living with no regrets.

The video doesn’t shy away from anything though. It still has a ton of the completely free and theatrical Miley we’ve grown to love over the past few years, including a carnival, some wild costumes, a kiss with an older woman,  and her dressed up as Elvis in honor of the singer’s 40th anniversary of his death. 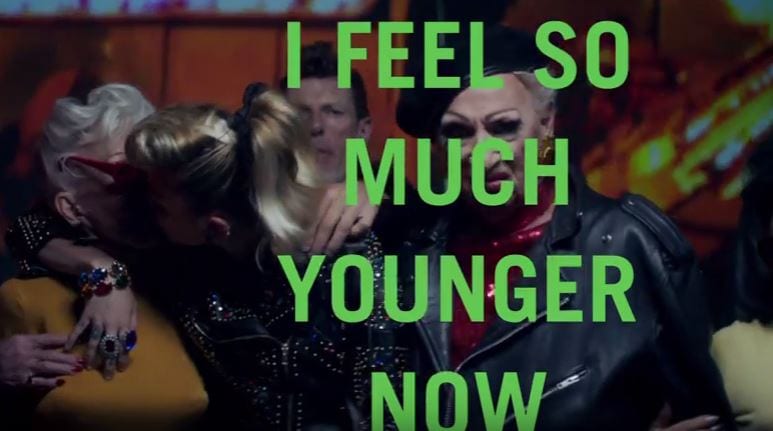 However, it’s the parts where she goes back even further into her past to her Hannah Montana days that really add a deeper level to the video. The thing we all assumed she was trying to escape during her “Wrecking Ball” days is the one thing that she is completely embracing in the video.

You can see her affectionately playing with a doll that is totally reminiscent of her Dinsey era, including the long brown hair and western inspired get up. It’s honestly a lovely sight for any Miley or Hannah fan to see.

At the end of the day, the song’s main chorus really sets the stage for this new wave of Miley and I could not be more on board! 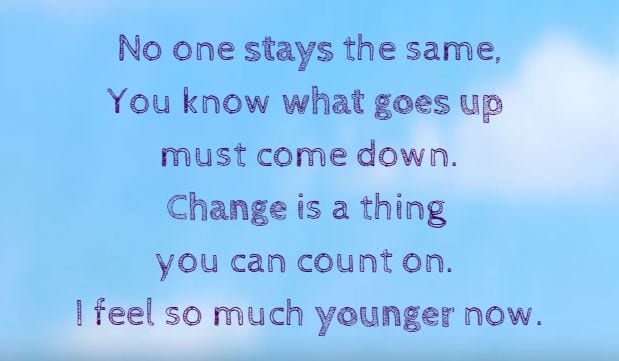