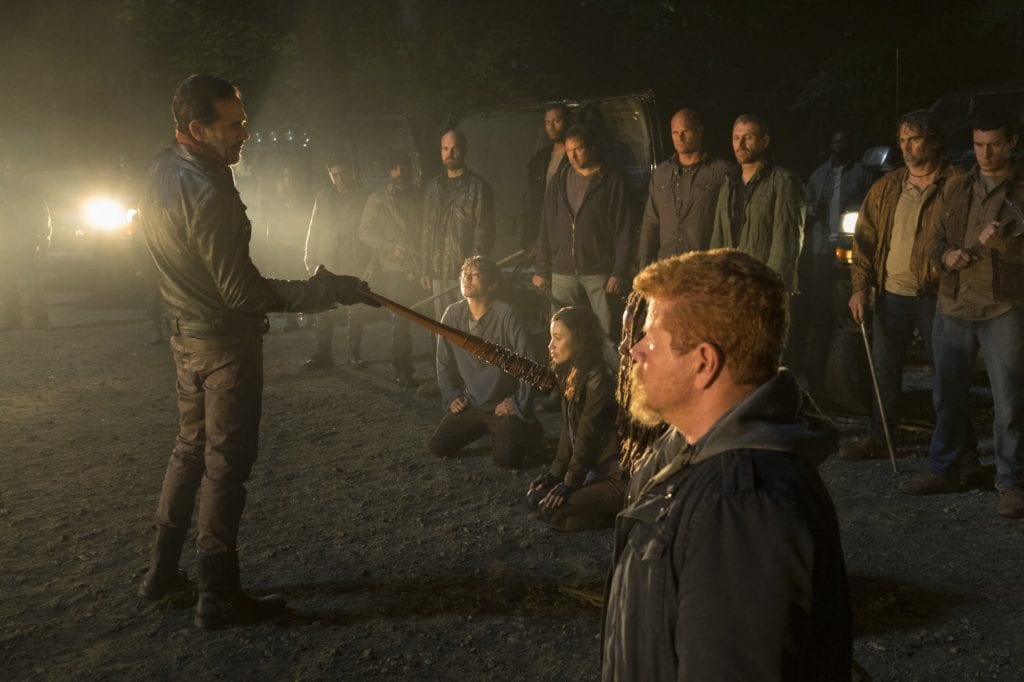 We had the pleasure of sitting down with The Walking Dead‘s Michael Cudlitz at Walker Stalker Con Charlotte this weekend. We chatted about what it was like for him to keep Abraham’s death a secret from fans, what he has taken away from the series as he has moved forward with his career, and his next project a guest role in Comic Con HQ’s Kings of Con which will be released January 3rd, 2017.

Emma: What was it like for you keeping Abraham’s death a secret? What lengths did you have to go to?

Michael: The keeping the secret part was interesting, because there is a group out there that was hell-bent on ruining the secret for everyone. They pretend that they’re just going off of photos on set and who they see come and go, and they’re straight up full of shit. They’re lying. They’ve chosen to ruin it for fans.

I had shown up on set multiple times throughout the season. I was on set every day for episodes one, two, and three, and these people were reporting that I hadn’t been seen on set since episode one, so they’re just straight up full of shit.

The lengths that we were going to were for normal people, if they were out there just seeing us coming and going, they’d be confused. That’s really what we have to do, confuse them enough so that they wouldn’t know what was going on. So I kept my hair colored the same, I’d travel back and forth, if I had any other travel to do during the summer, I’d do a layover in Atlanta, I’d go to all my restaurants, so it was just a matter of keeping up the idea that I was back and forth. That part was pretty easy. It was fun, but it was nice to eventually have the secret out and be able to talk about it. 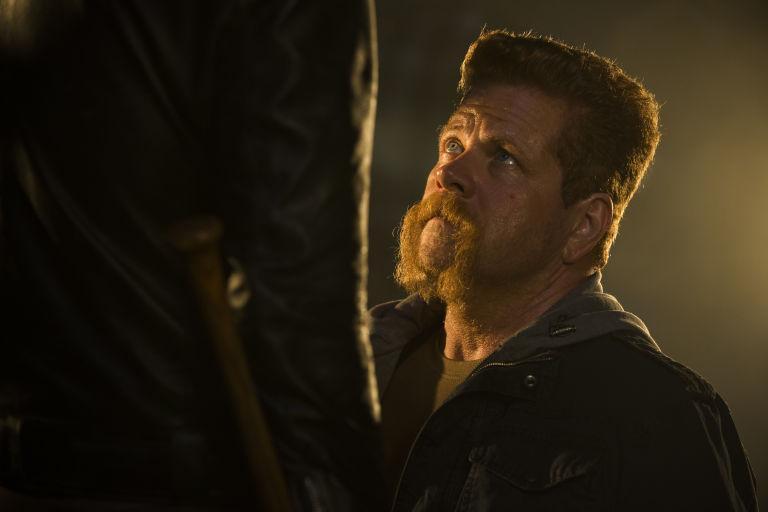 Emma: What do you feel you’re going to take away from being on The Walking Dead? How do you feel it has helped you grow as an actor?

Michael: Hopefully if we’re doing it right, we’re learning something with every job that we do. That’s what makes it fun. What I loved with Walking Dead, is there are a lot of cast members that don’t have huge bodies of work, they’re at the beginning of their careers, and they’re all fantastic. I find that I learn the most from the younger actors as compared to the guys that have been doing this longer. It’s how I approach work, and it reminds me every day that there is no easy way to do it. You don’t want to fall back on tricks or things that you know will work and are comfortable.

The great thing about this show is that stakes and the needs of the characters are all heightened. We have a safety net with the graphic novel that allows us to go bigger, as long as everything is grounded in reality. We can go much bigger than say even Fear the Walking Dead, which is much more grounded in reality. Some our characters would look ridiculous in that world.

Emma: I know you’re going to be on Comic Con HQ’s Kings of Con which recently premiered. Can you tell us a bit about how you got involved in that project?

Michael: Richard Speight Jr., who I believe is the director of each of the episodes and he wrote and co-wrote it with his friend, Rob Benedict, who is awesome and I’ve met a number of times. First time I met him… Richard did a couple episodes of Supernatural as Gabriel, and then I think came back later as completely different character, and since he has directed a couple episodes as well. There’s another fan group that runs these Supernatural weekends, and Richard runs the karaoke night for them. They have a fan base very similar to ours, they travel together and have friends from all over the world that come to these conventions – very much like ours. I went out one night and did karaoke with them, I was one of their guests – which was interesting cause I don’t sing or dance or anything. Richard keeps wanting me to come back. It’s the most awkward thing in the world [laughs], because I don’t want to do the karaoke, but I love hanging out with Richard. I met Richard initially doing Band of Brothers, which was shot in 2000 and aired in 2001.

Emma: Can you tease what role you’ll play in the series?

Michael: I won’t say what we did, other than it’s a blast. It’s a tongue-in-cheek look at the convention cirque. I’ve never had these situations happen to me, but there are tiny bits of truth in it that have been taken to a wonderfully far extreme. It’s really a loving look at it. It’s all light and it’s fun, and Richard is amazingly talented as is Rob. The scripts are great, and I had a great time doing it. Of course, I look exactly like Abraham – dressed completely different, because I was still in the middle of shooting, so it’ll be fun to see. It airs January 3, so keep your eyes out for it. But the series is already streaming now every week on Comic Con HQ.

Be sure to check out Michael in Comic Con HQ’s Kings of Con!